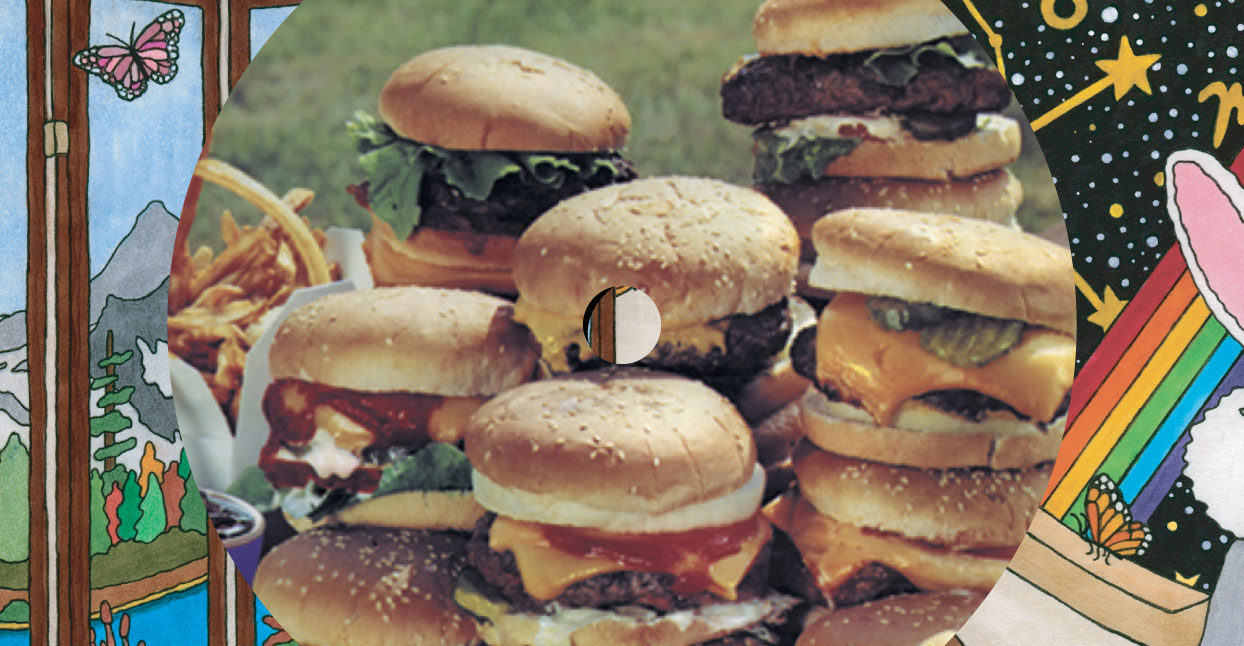 In Fresh at Twenty, Kaitlin Fontana’s extensive 2011 oral history on Vancouver, BC’s Mint Records, label founders Bill Baker and Randy Iwata admit to Sub Pop being a major influence on how they modeled their own long-lasting imprint. During the early ‘90s, while working for the University of British Columbia’s CiTR radio station, the pair even drove 150 miles south to get a guided tour of the Seattle company’s offices, under the guise of dropping off copies of their campus newspaper. Now 28 years and nearly 200 releases into their own existence, the Canadian label may not be as name-recognizable as the house that grunge built, but Baker and Iwata have undoubtedly made an impact on their local scene and, in some cases, the pop landscape as a whole.

Though having put out a variety of releases, from indie-pop and garage rock to rockabilly and roots country, an undyingly optimistic spirit has linked most of Mint’s bands. This stretches from early success story Cub’s lightly jangling cuddlecore through to the barely distortion-dusted post-Wilson & Bacharach approach of the New Pornographers’ landmark Mass Romantic album, up to the gauzy bedroom psychedelia of Edmonton outfit Faith Healer’s Try 😉. Fittingly, beloved goofball journalist Nardwuar the Human Serviette’s punchline-driven the Evaporators project are another veteran act that have maintained Mint’s upbeat streak, though more in-your-face modern signings like Lié and Necking, who aren’t afraid to mix uncomfortable content with panicked beats, have bucked the label’s tendency for keeping things sunny.

There are currently a few dozen Mint releases on Bandcamp, but the scales are definitely tipped towards its current crop of bands, including the emo-adjacent Woolworm, Toronto’s Kiwi Jr., and pop-punkers like Needles//Pins and Peach Kelli Pop. As it stands, a number of licensing contracts have lapsed over the years, meaning Mint have lost the rights to stream some of their greatest triumphs, including the first few albums from the aforementioned New Pornographers and their portion of Neko Case’s solo catalog. In the case of The Organ, a melancholy new wave quintet that once appeared in an episode of Showtime’s The L Word, Mint can still physically distribute their copies of 2004’s excellent Grab That Gun, but Nickelback leader Chad Kroeger’s 604 Records currently owns the digital rights.

With all that in mind, these are some key Mint releases available on Bandcamp right now.

Though Archie Comics house artist Dan DeCarlo caricatured Cub for the album cover, the group never crossed over into print to square off in a battle of the bands against Josie & the Pussycats. However, in a beautiful bit of brand synergy, a poster for Mint act Tough Age, who released the all-covers Plays Cub’s Hot Dog Day 7-inch in 2015, showed up on Hot Archie’s bedroom wall in an early episode of Riverdale—which also happens to be shot in Vancouver.

The Smugglers
Selling the Sizzle

While Fresh at Twenty reveals that a semi-serious rivalry developed between Cub and the Smugglers when the former upstaged and sold more merch most nights than the latter during a joint North American tour, the suits-and-gumboots-sporting Smugglers still had a good thing going while they lasted. They’re the Canadian band that benefited most from Mint’s brief partnership with California’s Lookout! Records in the mid ‘90s, and continued to release their albums in the U.S. through Lookout! well after the two labels officially parted ways in 1997.

Selling the Sizzle, the Smugglers’ fourth full-length, was a self-effacing, smarmy garage rock party with the biggest hooks of the quintet’s 14-year career—see bend-crazy rave-up “Bishy-Bishy!” or “To Serve, Protect, and Entertain.” A gold-and-glitter music video for jilted love number “Especially You” was also in constant rotation on MuchMusic (Canada’s MTV), possibly because government regulations mandated a certain percentage of Canadian content be played each hour. Just shy of two minutes long, the video was a shoe-in for making that kind of quota.

Virginia-born, Tacoma, Washington-raised Neko Case came up to Vancouver for art school, but also slid into the early Mint stable while briefly drumming for Cub and recording two albums as the percussionist/vocalist of MAOW. The now-international star went full-on supernova by the turn of the century while simultaneously belting out pop-perfect songs like “Letter From an Occupant” as a member of Vancouver supergroup the New Pornographers and delivering her own countrified solo records.

Pivoting from the vintage country kitsch of 1997’s The Virginian, Case’s sophomore solo full-length (the last to credit backup band the Boyfriends) feels as expansive as the open road she sings of on highlight “Guided By Wire.” On “Porchlight,” lax pedal steel and rocking-chair rhythms accompany Case as she looks towards letting go of love. Spacious, echo-blown six-string guitars sonically conjure the vacuum of grief felt on the funereal “South Tacoma Way.” Occasionally bleak, always beautiful, Furnace Room Lullaby still lands as one of the prolific singer-songwriter’s most rewarding listens.

One of Mint’s most enduring relationships has been with Vancouver artist Larissa Loyva, who first emerged on the label in 2005 as part of indie-pop project P:ano. Over the years she’s also delivered angelic vocal harmonies as part of twee ensemble The Choir Practice, and crafted sophisticated synth-pop with Fake Tears. But it’s Ocean Electro, her third and most recent solo offering as Kellarissa, which stands as her most ambitious statement yet. The record’s eight songs are buoyed by aqueous aesthetics, whether via environmentally aware protest piece “Black Sea,” the liquid courage downed during the stirring “Too Drunk to Be Afraid,” or Loyva’s tendency to sublimely submerge listeners in undulating waves of synth and layered vocals.

Before the release of Hounds, Mint’s most aggressive release was probably Gob’s 1995 debut full-length Too Late…No Friends, though that bratty, belch-infused skate punk album had a decidedly playful streak. Lié are the real atom bomb to the Mint Records formula, with the Vancouver trio’s first proper LP for the label (2016’s Consent was reissued through Mint a few months ahead of Hounds) bursting with jagged guitar work, nitro-heated beats, and pointed portrayals of sleazy southern playboys (“Country Boys”) and stifling relationships (“Better Sex”). One of the label’s most disruptive listens, Hounds violently—brilliantly—wraps the barbed-wire attack of hardcore around Mint’s polite pop core.

Do you like being in the club? Despite their steady presence on stages across North America, Vancouver foursome Dumb aren’t so sure, with the title track to this year’s fabulously twitchy Club Nites transforming the malaise of nightlife—the line-ups, the PDAs, the convos with self-important artists— into a hell of a hooky treatise. As the group further spiral into a series of off-kilter, coffee bean-chewing post-punk jams, Franco Rossino delivers half-spoken witticisms regarding the Paris student riots of May 1968 and Netflix aggregates, betraying Dumb’s band name with socially astute, occasionally academic content.

Necking go for the throat on their brazenly bashed-out, barely 20-minute debut, Cut Your Teeth. Fiercely hyper-local, “No Playtime” directly calls out lululemon founder Chip Wilson’s Low Tide Properties for buying up a number of Vancouver’s art spaces to flip into condos, but also considers the group’s own part in gentrification. Elsewhere, vocalist Hannah Karren sounds off on bad sex (“Big Mouth”), imbalanced power dynamics (“Boss”), and the need for self-validation (“Go Getter,” “Still Exist”). Balancing out the heavy content are guitarist Nada Hayek’s spindly, almost surfy leads and a lock-and-groove rhythm section that remind you that even if life has got you fucked up, music will keep you moving for at least another couple of minutes.