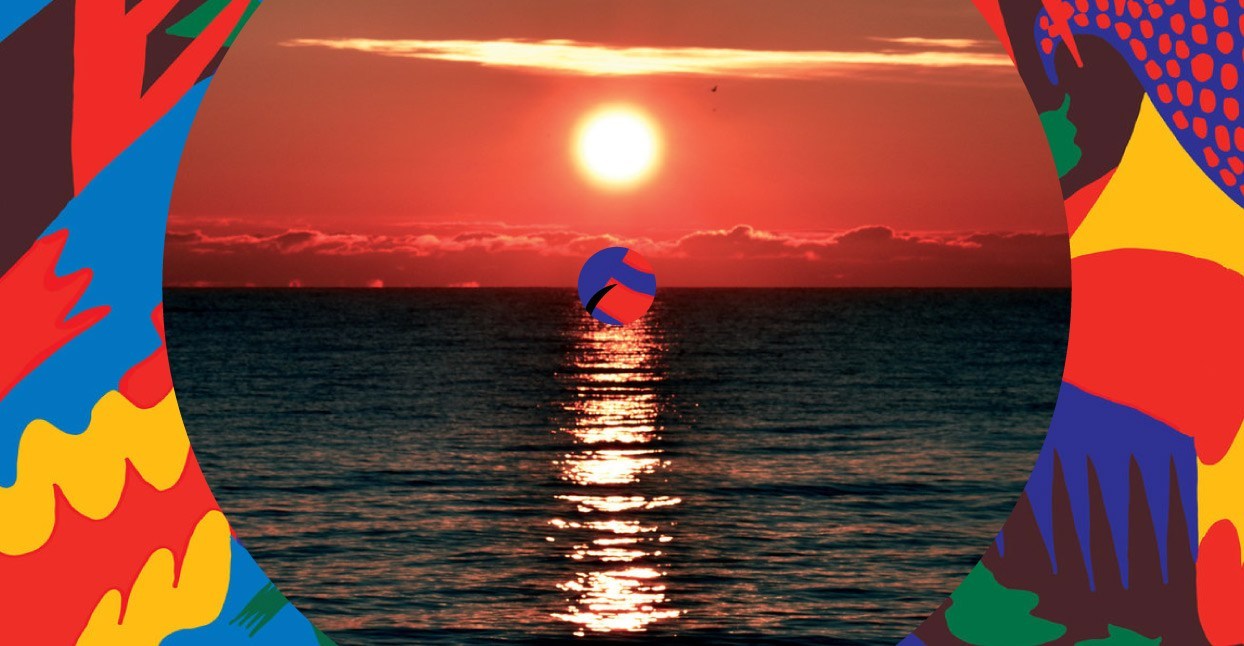 When Mac McCaughan and Laura Ballance co-founded Merge Records in 1989, the music industry was in a much different place. “It was around this time when you were in a punk rock band [and] it was for you,” Ballance says. “It wasn’t for anybody else—or it was for you and your friends, and you didn’t expect to make a living doing it.”

Over the last 30 years, however, Merge became a home not just for the duo’s own band, Superchunk, but also a place where hundreds of musicians made a living—and forged a career—on their own terms.

The Durham, North Carolina label became known for boosting indie’s mainstream profile with albums from Arcade Fire and Spoon, as well as issuing influential releases by Magnetic Fields, Neutral Milk Hotel, and the Mountain Goats—all the while championing newer bands, such as Ex Hex, Mount Moriah, and Wye Oak.

In the past few years, Merge secured worldwide distribution, a move McCaughan says has allowed the label to strike up relationships with international acts such as Ibibio Sound Machine and Hollie Cook, and also expand the depth of its release slate.

“[It’s] allowed us to work with a group of artists that kind of reflects more like what we listen to and what we like,” he says. “The music I listen to at home I think is probably broader than what Merge has released over the years. And same is probably true for Laura.”

Still, the passion and excitement both Ballance and McCaughan have for Merge’s past and present reveals much about why the label continues to thrive.

“I feel like there’s a nice consistency to what we have done over the years,” McCaughan says. “Every year I’m surprised by the artists that we do get to work with, and I’m excited about the records that they’re putting out. It’s always the best thing when someone sends you the record to hear for the first time.”

As Merge prepares to celebrate its 30th birthday, McCaughan and Ballance each shared some underappreciated gems from the label’s 800-plus releases.

The Angels of Epistemology
Fruit

The Angels of Epistemology figure heavily into Merge’s growth and evolution. In fact, Ballance says Fruit—a compilation of the eclectic Raleigh group’s late-’80s work—was one of the first full-lengths the label released after striking up a relationship with Touch & Go in 1992.

“[They] came along and were like, ‘Hey, you guys are doing cool stuff with these 7-inches. Would you like to do full-length records, and we can manufacture and distribute them for you?'” Ballance recalls. “Which we hadn’t contemplated doing up to that point because it just seemed too expensive, too much of an investment, and too hard with the level of distribution that we had at the time.”

Fruit illustrates The Angels of Epistemology’s singularity, as the compilation encompasses skronking no wave (“The Gibby Song”), frayed indie (“Bring Us Down”), quirky keyboard pop (“Carmen Miranda, At Least”), and even gorgeous psych rock (“What’s Under Green”).

“I think they had a rule that people had to play an instrument that they had never played before when they started playing in that band,” Ballance says. “Some of them are really super skilled musicians, but they were figuring out how to play these instruments and playing really odd songs. Sometimes it’s really dissonant. Sometimes it’s melodic and beautiful. But there’s this free-form element to it. It doesn’t fit inside of any idea you might have of what a band should sound like.”

“We put [New Scars] out in 1999, and it was kind of pre-digital services,” she says. “It was harder to get the word out back then, and they somehow didn’t make it past local band status for the most part. But they really should have: Their songs are great and very poppy. Both of their albums make me think about summer and going to the beach. It’s great summertime music.”

“Between her bass playing and the songwriting and something about the combination of how they do things, these songs so often they have this soaring quality to them,” Ballance says. “There’s something about them that it’s like you’re flying.”

The Clientele have built up a healthy catalog over the last quarter-century, although Ballance is partial to God Save the Clientele, a vivacious collection of lush indie-pop. “What I love about [the record] is they kind of stepped outside of their comfort zone a little bit, and made these songs that were, I don’t know, really sexy, and like dance songs in a way that I don’t think of the Clientele doing,” she says.

Ballance singles out the strutting mod-soul throwback “Bookshop Casanova” as a favorite. “That song just drives me crazy. I feel like it should have been on commercial radio or something, because I don’t understand how anybody could hear it and not love it.”

Vertical Scratchers
Daughter of Everything

Daughter Of Everything is no less energetic than Superchunk’s output, but the wiry, compact album indeed takes its cues from a different era. “I am a fan of that sort of rock music that is, like, classic ’60s, ’70s, the Who—that poppy, super well-crafted pop-rock song, you know?” Ballance says. “That’s what this band does. It makes me want to dance. It makes me want to sing.

“It ought to be in the soundtrack of every movie that has a scene with awkward teenagers experiencing their first kiss or something,” she continues with a laugh. “Or it should be part of the Rushmore soundtrack. It sounds so classic to me.”

Butterglory
Are You Building A Temple in Heaven?

“Butterglory was the first band we signed from an unsolicited demo tape,” McCaughan says, although he doesn’t exactly recall how they gave the Lawrence, Kansas-based duo of Matt Suggs and Debby Vander Wall the good news, since it predated email.

“Like, did we have to write them a letter back, or was there a phone number we could call?” he says. “[But] I love that, when you can just start this relationship from this one tape, and then end up putting out a bunch of records with someone.”

Are You Building A Temple in Heaven? is a solid introduction to the Butterglory universe. The album illustrates the band’s strengths—taut songwriting, fuzzed-out guitars and curveballs such as “Boy Burning Down,” a moody, jazz-in-slow-motion dirge with funereal piano—that are at once familiar and eye-opening.

“Even on their first couple singles, which were super lo-fi, four-track things, their songs were simple and straightforward in a way that you kind of feel like, ‘Well, this hook reminds me of something,'” McCaughan says. “But [with] the lyrics and Matt’s voice and Debbie’s drumming, they still managed to create this unique thing that sounded like themselves.”

Annie Hayden
The Rub
The Enemy of Love

“Her sense of melody is unique to her, both in her melodies as she’s singing, but also her guitar lines, her guitar playing,” he says. “It’s one of the things I liked about Spent, and then she obviously continued to do that on her solo records, just lots of beautiful melodies overlapping on top of each other.”

Both Hayden albums do feature gorgeous, resonant guitars, which pair well with her dusky vocals and the steadfast emotional heft of the lyrics. “It’s sometimes really delicate music, but it’s always got a drive to it, even on the slow songs,” McCaughan says. “Her voice and her guitar together is just a great combination. It all sounds very purposeful. It’s not meandering, even when it’s very quiet or delicate.”

HeCTA isn’t immediately recognizable as a project helmed by Lambchop‘s Kurt Wagner and his then-bandmates Ryan Norris and Scott Martin. After all, The Diet hews toward splotchy electro-pop with propulsive squelching beats and only the occasional flash of somber composition.

“It reminded me of New Order, as well as some more ’90s things that I really liked, [such as] Mouse on Mars or something like that,” McCaughan says. “Or those records on Morr Music by Styrofoam. Like real melodic electronic music.”

But although HeCTA played few live shows, McCaughan thinks the group has cast a long shadow. “I think Kurt took a lot of what he learned or absorbed from working on that record into the couple of Lambchop records since then.”

Little Scream’s Laurel Sprengelmeyer made an immediate impact on McCaughan both live and in the studio. “We played a show with Little Scream a few years ago in Montreal but nothing prepared me for hearing ‘Love As A Weapon’ when they first sent it to us,” McCaughan says of the jaunty, off-kilter soul-punk song. “To me [that] is one of the best songs of the last few years.”

Cult Following also lived up to expectations, not least because the full-length is full of bracingly original music that defies sonic boundaries.

“I know this record just came out a few years ago, but there are some unstoppable jams on here that more people should hear,” he says. “Because it covers a lot of ground, [Cult Following] falls a little bit into [the category] of someone that’s hard to classify.

“You can’t just say, ‘Oh, it sounds like this,’ because she writes a lot of different kinds of songs. Some of them are focused pop songs; some are more sprawling kind of folky [tunes], but with electronic things happening.”