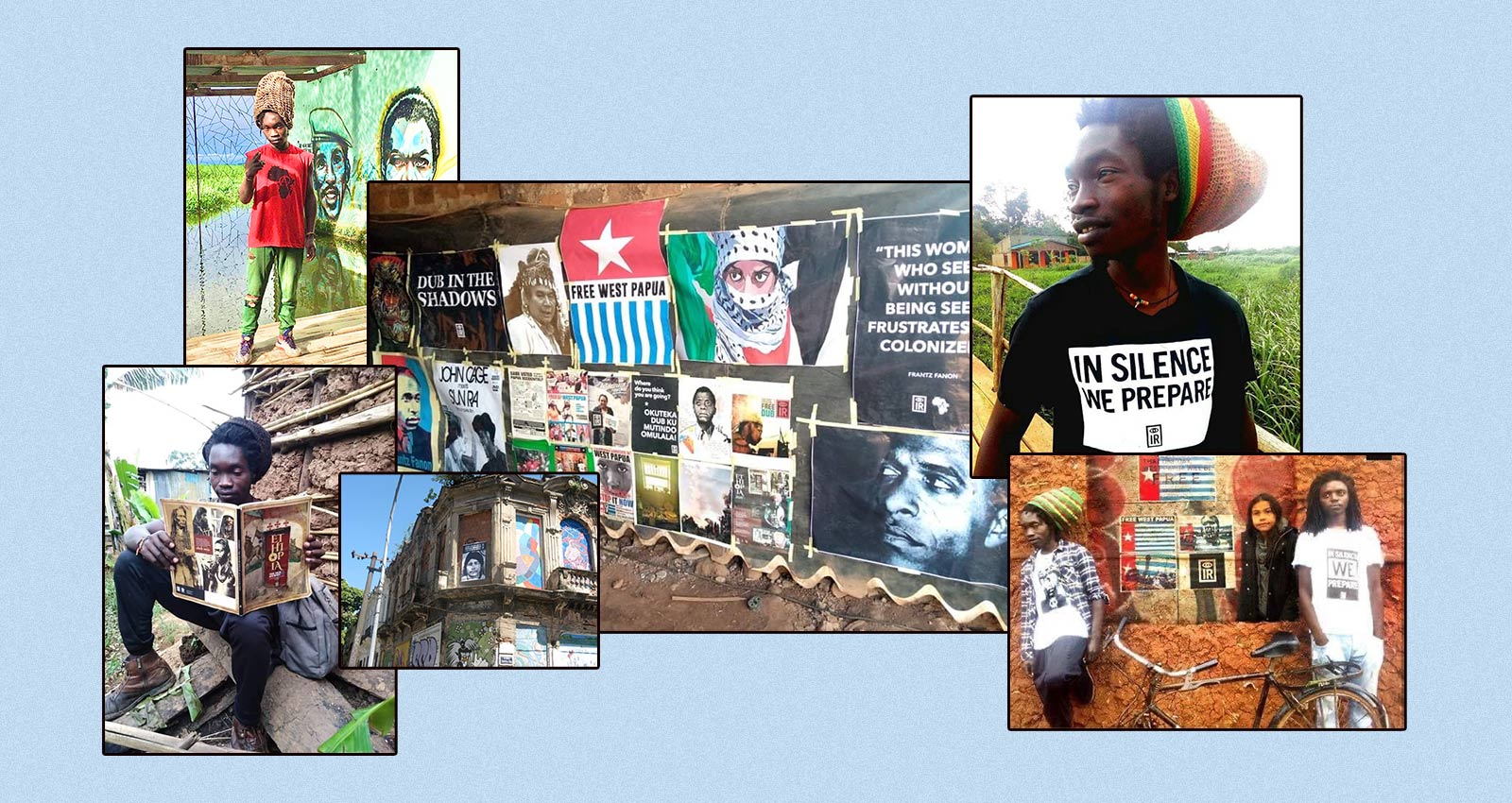 When John Cage wrote 4’33”, the notorious composition that silently shook bourgeois America in the 1950s, did he imagine it to be received by an African audience, or performed by African musicians? The piece’s first few airings on the continent took place in South Africa. One was performed by a white man from the U.S. and other instances were privately executed within the country’s elite universities.

While imperialism may have been indirectly manifested in these recitals, some of Cage’s work had more blatant colonial overtones. As one of America’s most in-demand percussionists, he was commissioned to write “primitive” sounding music inspired by Asia and Africa for a performance in Seattle in the 1940s. Willful misappropriations and abuses of culture such as this continue to enrage indigenous communities and their allies.

The Indigenous Resistance collective and label are one such group. With members located around the globe, the collective’s most recent intervention is “When Silence Rises from Earth,” a short film of a unique performance of 4’33” shot at their Dub Museum in Kampala, Uganda (the center of their operations). Less a performance than a quiet ceremony to prepare the traditional djembe drum, it is significant in its autonomy from the institutional world of corporate funding, music festivals, academia, and avant-garde art scenes.

The concept came to them in a vision. “It also came to us from a place of desire—a desire for balance,” say the group, speaking jointly and anonymously. “As with dub reggae, Cage’s 4’33” has been often discussed for its use of silence as a source of mystical experience. We chose to adapt Cage’s composition and emphasize a political dimension, while also sending out the message that political activism requires a spiritual practice.” So follows their mantra and call to arms: “In silence we prepare.”

Indigenous removal and oppression has been a part of many countries’ histories, and the struggle continues today. IR are particularly concerned for original West Papuans who have been annexed by the Indonesian state, and the Rohingya people displaced from their homes in Myanmar. Each of IR’s members has a “personal history of studying colonial and neo-colonial systems of oppression and anti-colonial resistance” as well as “anarchist and other politically radical philosophies, traditions, and cultural expressions.” They want to cut through the noise of Western capitalism to demand their human rights through activism grounded in lived experience and traditional knowledge.

Whilst Cage’s work did not explicitly address (post)colonialism, he does share some fundamental precepts with IR: a commitment to politically charged noise, socially engaged listening, and the centrality of percussion. The group notes that when Africans were enslaved, their drums were banned and confiscated. “The slave and plantation owners clearly recognized that Africans were able to communicate using those drums and they feared that these communications could lead to revolts,” they say. “Music comes with a code that has the power to organize people. It is a threat to the power structure.”

The legendary meeting of Thomas Sankara and Fela Kuti has come to symbolize this natural convergence of the musical and the political for Indigenous Resistance. The former was Burkina Faso’s socialist leader who challenged French-colonial exploitation and elitism, even after independence had been secured. His revolutionary politics complemented Fela’s anti-establishment Afrobeat during the 1980s, but their comradeship was broken when Sankara was assassinated at the age of 37. (One of the groups who release on IR is Sankara Future Dub Resurgence, named in obvious honor.)

Indigenous Resistance’s releases all fit broadly within the “dub” category, but when asked about their relationship to the subgenre, the question was flipped on its head. “For IR, dub is not a thing—it’s the quality of a thing, the dub quality of anything. We live in a world where music as well as other forms of resistance, protest, and social justice language are institutionalized, neutralized, and devitalized into the colonial, capitalist whitestream. Dub is the B-side to these moments of assimilation and co-optation. It is about fermenting revolt, making Babylon tremble. It throws our perceptions of how sonic frequencies can and should be used into total disarray,” they say.

Producers such as Ramjac, The Fire This Time, and Dhanghsa, aka Dr. Das of Asian Dub Foundation (as well as guests such as Adrian Sherwood, Jah9, and Herman Soy Sos Pearl), have long explored the heavier, more industrial side of dub. IR’s releases are almost austerely electronic, casting aside reggae’s comforting roots in favor of devastating sonic artillery. It’s a philosophy shared by IR’s nominal inspiration, groundbreaking Detroit techno crew Underground Resistance, who were equally opposed to Babylon’s oppressive system of power.

Both groups reference Afrofuturism, but where UR’s iconography and aesthetics were largely mythological, IR’s work is based on historical events—violent instances of land dispossession, resource extraction, and cultural genocide, as well as pre-colonial traditions that they insist are living, not dead. One story that frequently appears in their discography is that of Galdino Jesus dos Santos: leader of the Pataxó tribe in Brazil who was burnt to death in 1997 by the sons of elite judges and lawyers in Brasilia. “They received privileged treatment during their time in jail awaiting trial,” says the IR collective. “They were given incredibly light sentences and were soon back on the streets, partying on the beach without remorse.”

Indigenous Resistance contributes to these living traditions with original works of word, sound, and power (to borrow a phrase from Rastafarianism). Just like their disregard for borders, their artistic process flows between and across media. They have made documentaries, recorded podcasts, and have organized mural painting in cities across the globe. Their latest release, Eritrea Dub Journey, is a 300 page e-book and soundtrack that takes the listener on a trek through the “dub worlds of Eritrea, Ethiopia, Vietnam, Morocco, Senegal, Jamaica, and Turtle Island.” But ultimately, wherever they roam, they will always return to sound as the primary medium to dream of a future more like our pre-colonial past.

“An IR release doesn’t have to be timeless,” they say. “It just needs to echo through time. Because sometimes, it takes that much time for a message to reach us from the B-side of the world.”