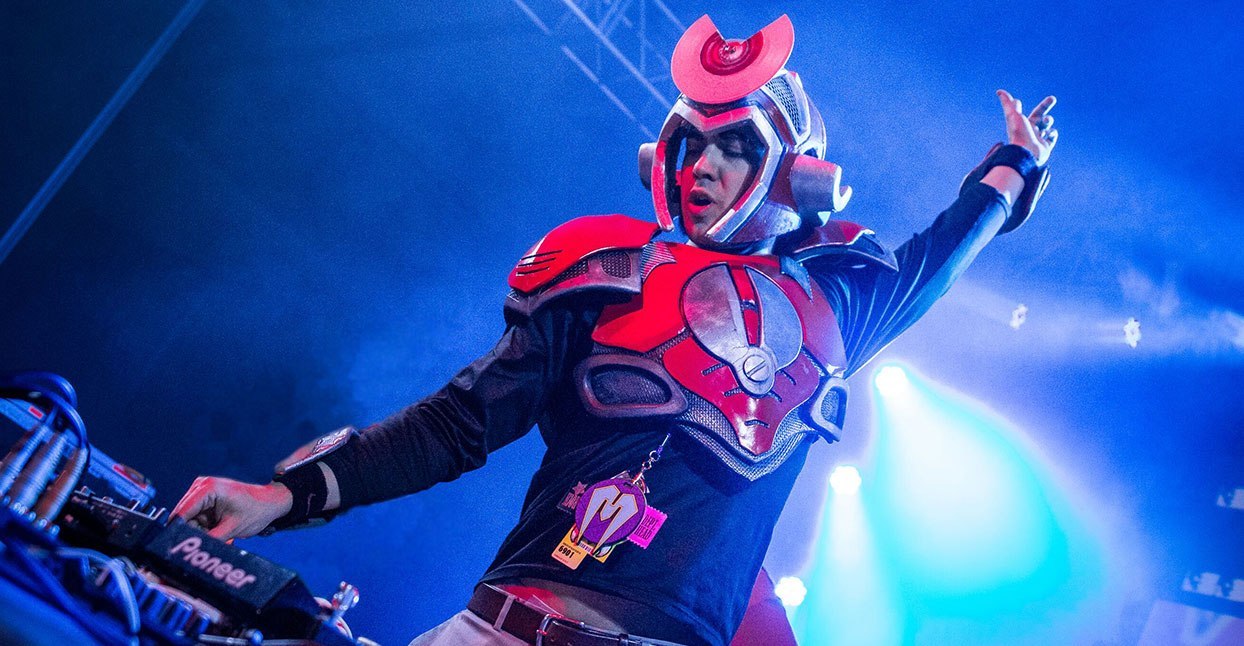 Video game soundtracks are designed to serve as audio scenery—a musical backdrop for the action taking place onscreen. But as any lifelong gamer will tell you, their effects on a person’s musical tastes are anything but passive. As the songs loop on, the battles grow more intense, the adventures more emotional, the victories more satisfying. A young kid hearing the magnificent sounds of Nobuo Uematsu’s Final Fantasy scores, or the blood-pumping rhythms of Yuzo Koshiro’s Streets of Rage, or the inspiring open notes of Koji Kondo’s “Legend of Zelda Theme” can leave an impact for life. For Chris Davidson, aka Dj Cutman, that deep impression is what led to GameChops, a label combining video game OSTs with contemporary electronic music genres such as drum & bass, trap, chillwave, beat tapes, and vaporwave.

GameChops started as a mixing exercise, growing out of a deep love for the OSTs that scored Cutman’s childhood. “I was working in an upstate New York studio, mostly mixing rap clients,” he explains. “After hours, when everyone had gone home, I took my collection of video game music and mixed it with the hip-hop and dance beats on the studio computer. A year later, I released a mixtape I called GameChops and began touring Comic Cons and culture events as Dj Cutman. I was enamored by the positivity and supportiveness of the convention scene.”

The idea took off. After a few years of DJing parties and game industry events, Cutman decided to take GameChops to the next level and turn it into a label. “I wanted to provide a source for licensed game remixes, and create an income stream for my fellow DJs and producers,” he says. “Since our tracks are licensed, proceeds flow back to the companies and composers inspired us—full circle.”

The Philadelphia label’s backlog is dense, populated by booming albums like Rock Man Bass by Apoplexia, Katamari Dance with Me by dj-Jo, and Year of the Yoshi, a tribute for the Super Mario character. The label has also paid an homage to beloved classic franchises like Super Metroid, Pokémon, Final Fantasy, and Mother as well as more contemporary titles like Undertale and Splatoon. Several titles have even garnered enough success to warrant multiple installations, such as the Spindash – A Sonic the Hedgehog Remix Album series, which currently has three volumes.

GameChop’s latest venture into beat-based genres is a Zelda-inspired mashup that capitalizes on the massive lo-fi hip-hop boom. “Zelda & Chill, our first lo-fi hip-hop album, is a huge hit, racking up millions of plays. I think it’s a success because it’s a strong concept we executed well. I’m super happy with how it turned out. Mario & Chill, our synthwave sequel, is also doing well. I’ve enjoyed doing these concept albums, and I’m glad they resonate with so many people.”

Undoubtedly, a large part of the success of the label is talent. Cutman, a long-time touring DJ and producer, has assembled a full party— James Landino, Pixel8ter, Benjamin Briggs, and other musicians, many of whom are touring artists, DJs, or work in the video game industry—with years of experience that spans nearly every dance music subgenre.

GameChops’ respect for the gaming industry goes beyond remixes, though. They’ve teamed up with the Materia Collective, a Seattle-based video game music rights organization, not only for help with their merch, but to ensure that part of the money they earn goes back into the industry. Through the use of a Creative Commons license, buying music from GameChops supports the remixers, video game industry, and original score composers.

With the success of the label, Cutman has been slowly gaining the respect of the video game industry, noting that every experience in the field has been positive. News of the label spread to the highest echelons, and helped Cutman achieve a long-time dream. ”We provided two songs for Sega for their game Sonic Mania, which was a real-life goal.”

As for the future—besides wanting to release a remix album completely dedicated to Final Fantasy VII—Cutman’s goal has changed since the label’s inception: “Release the best video game music in the world and support the producers and musicians who make it. The same goal I had the day I started.”