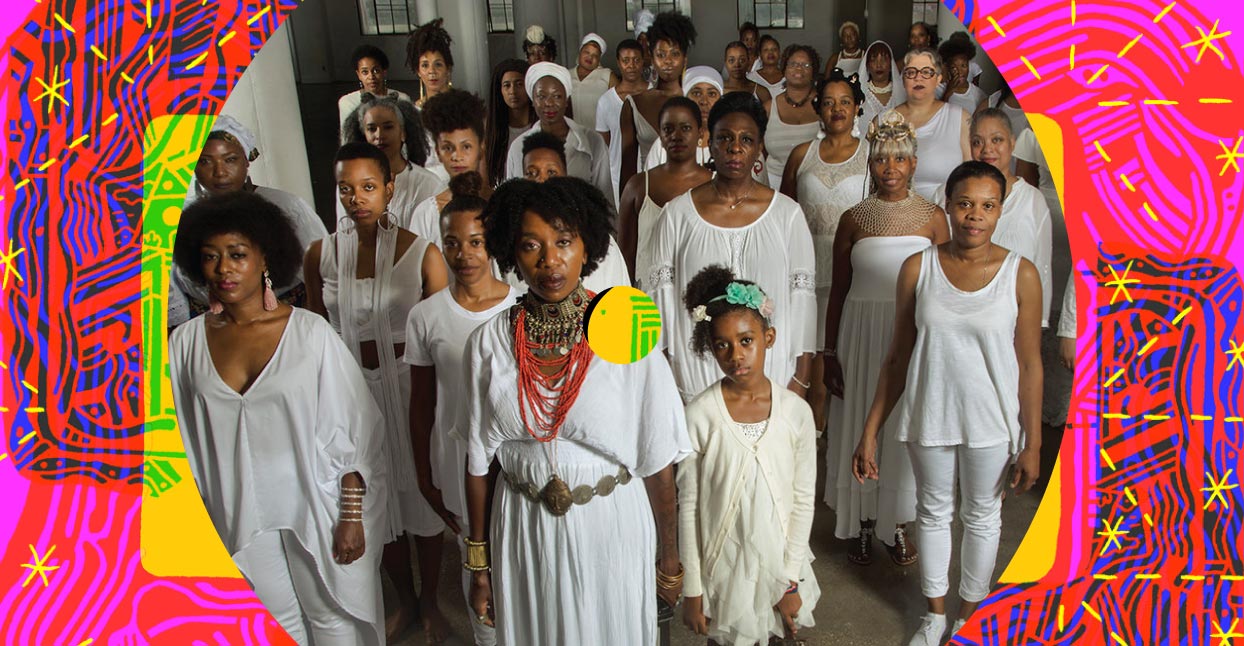 In a medium-sized suburb on the outskirts of Chicago is a record label dedicated to doing things differently. FPE Records is the brainchild of Matt Pakulski, and although Oak Park, Illinois is the label’s home, Pakulski says the label is really in debt to the creative curiosities and experimentations across Chicago’s unique music scene.

“Much respect to all the dads I see around, but there is a lot of My Morning Jacket T-shirts and that’s not really my scene,” says Pakulski. “I like to hang out with people and have beers and go bowling, but when it comes down to what I’m interested in doing musically, I’m looking a lot more to Chicago.”

As a former musician, concert organizer, and employee of a music recommendation site, Pakulski spent years inside and outside the music industry in Chicago. “I have this thing where my daughter Frances, who was an infant at the time, would pull records out of the record shelf and CDs out of the CD shelf,” Pakulski says. “I would try and put them back, and she would be angry at me.” Pakulski “went with it,” and decided she was suggesting that he listen to records he hadn’t listened to in a while. Thus, a blog—named Frances Picks Engine—was born, where Pakulski could discuss his discoveries and rediscoveries. Later, after reconfiguring the FPE initials to mean “For Practically Everyone,” the label was launched.

Some of FPE’s first releases were from off-kilter indie pop band Zigtebra, who are best known for their eccentric and theatrical live performances. Since then, Pakulski has released works from an eclectic mix of the Midwest’s most unusual, genre-defying acts: In 2014, there was Becky by the Minneapolis-based noise rock group Miami Dolphins, and multiple releases by experimental Ethiopian fusion band Qwanqwa.

But to date, the label’s most successful releases come from jazz flutist and composer Nicole Mitchell, whose world-building experimental compositions have netted more success—raves from NPR, The New York Times, and more—than this suburban label could have ever imagined. “I’m always interested in doing things that are a little bit surprising. But at the same time, you also have to consider what you can get traction for, as well as the people who are starting to reach out to me to do records,” Pakulski says.

Below is a guide to the label’s eclectic releases, all of which fall into one (or more) of those three categories.

This Chicago-based band is best known for their off-kilter and unusual live gigs, which transform their pleasant indie pop songs into confrontational performance art pieces. But on The Pink Line, one of their first releases (and also the first release for FPE Records), the group’s sound is bare bones and minimalist. Choosing artists for the label involves relying on “gut instincts” over any arbitrary definition of what an indie or DIY label should do. “[In the beginning], I was looking for this combination of: Do I like it, and is it a record I want to listen to? But also, a lot of the records I listen to I can’t release, because I can’t see them breaking even,” Pakulski says.

An abrupt departure from the “funky groove” traditions of the jazz world, Mitchell’s 2014 album Intergalactic Beings, FPE’s first vinyl release, was inspired by science fiction writer Octavia Butler’s Xenogenesis Trilogy. Pakulski reached out to Mitchell out of the blue, and she responded “within five minutes” to talk about a project she wanted to release, which would become Intergalactic Beings. “With Nicole and jazz, I was interested in bringing her completely out of the jazz world and in front of people who like psychedelic music, or people who like funky grooves,” says Pakulski. “That record was very special for me. That record was definitely the centerpiece.”

2017’s Mandorla Awakening II: Emerging Worlds is a texturally dense record with freedom of sound. An Afrofuturist masterpiece first recorded at the Museum of Contemporary Art in Chicago, Mitchell’s breakout album is what she describes as a “collision of dualities,” depicting one couple’s navigation of a dystopia and Mandorla, a utopia of acceptance. The album also pays homage to the sonic experiments of her predecessors like Sun Ra. Piercing psychedelic guitars get an equal footing to flighty flutes and spasmatic percussion to create a fusion of globally-inspired sounds. Mandorla Awakening II: Emerging Worlds has since become FPE Records’ most successful release and solidified the label’s reputation for uncovering vital talent.

“I’m probably not going to be releasing anything that sounds like rock music—maybe I will because maybe I’ll like it,” Pakulski says. The closest thing to a “rock” band on FPE may be the Minneapolis-bred band Miami Dolphins, who make math rock-inspired noise that’s enervating and engaging. Their unconventional sound should be familiar to those who were fans of the cult late ‘90s/early ‘00s Glasgow group Life Without Buildings, who proved that a group doesn’t need powerhouse vocals to make compelling songs.

FPE isn’t just focused on finding the next wave of game-changing jazz musicians. “It’s a tightrope,” Pakulski says. “On the one side, I have to like it. On the other, I have to believe people will buy it. If I can’t describe a band or an artist in a couple of neat keywords, if I don’t know what kind of music they make, then I’m really into that.” Electronic duo Turning Jewels Into Water fit that bill perfectly. Their second FPE Records release, which dropped earlier this year, stemmed from a jam session in 2017, and perfectly blends the musical traditions of the band members’ Indian and Haitian roots.

Next up for the label is a new record, tubman., by Chicago poet, singer, and multidisciplinary performer avery r. young. “It’s going to be huge,” Pakulski says. The album’s first single, “sit down job,” is a righteous throwback to early ‘70s funk, wrapped in a gospel-tinged, allegorical story about claiming one’s freedom. “Where my vision [lies] is that I [find success] off this avery r. young record, and Jordan Peele wants a track for his next movie,” Pakulski says. “Then, I have enough resources to do, instead of two or three projects, you know, six or seven. And I have a little staff.”