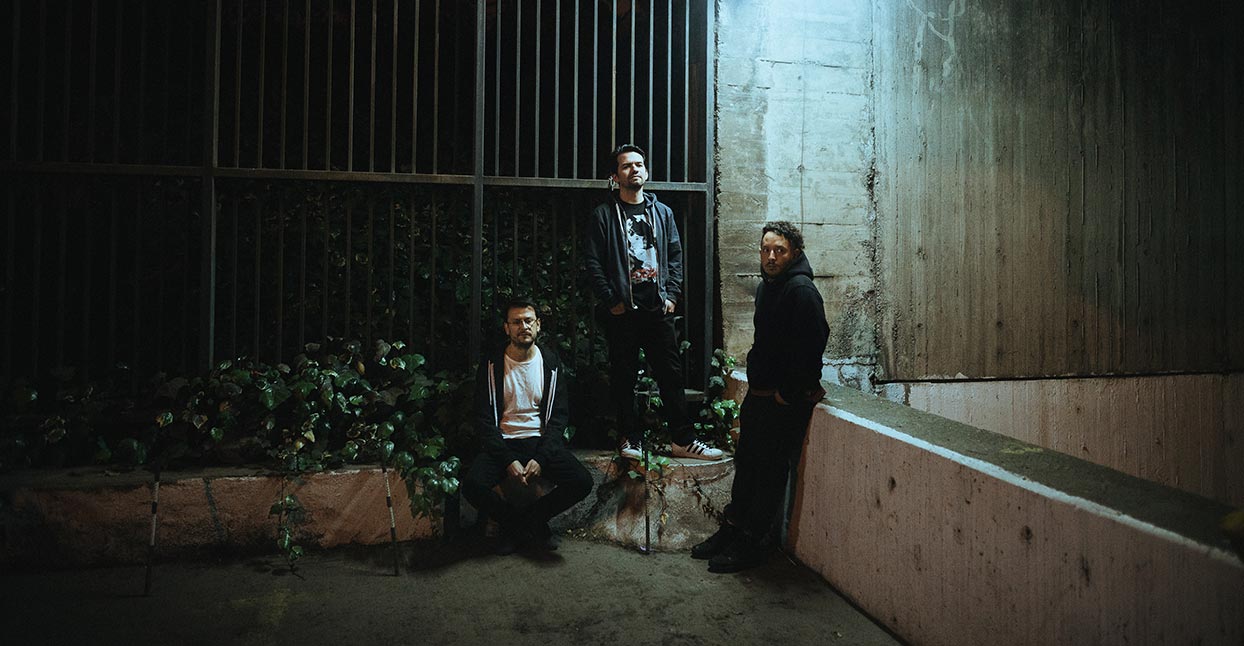 During the mid 2000s, Chile began appearing on the radars of Latin American music bloggers and fans after a long period of radio silence, and soon established its reign as South America’s pop music factory. Acts like Javiera Mena, Alex Anwandter and Gepe stormed onto the scene with a sound that unabashedly repurposed the most kitsch elements of disco, Eurohouse and early ‘90s techno and turned them into shiny, new gems that had a distinctly Chilean flare. These artists found value in music that the world had grown tired of and labeled trashy, and used these styles to break into the mainstream completely independent from the major label system that had crumbled years before.

Behind the scenes, a similar repurposing was happening in the independent electronic music circuit in an even more nuanced manner. Even though these artists shared bands, parties, venues and stages with Mena, Gepe, and many of the indie pop stars that are the best-known international representatives of Chile’s pop music renaissance, their journey into the public consciousness has been tougher. “In Chile, electronic music has been around for a long time, but the thing that I remember most from those early years is that it was all about extremes,” Mario Martínez, aka Motivado, says from Santiago, Chile’s capital.”There was a purist techno, house and minimal scene, and that was a very closed, upper class circle. There was a stigma that electronic music was for people with money, so the scene had an unsavory image. It wasn’t necessarily related to anything that was happening in the underground.”

When he speaks with us, Martinez is accompanied by Ariel Altamirano and Baltazar Solar, known as Dementira and Alpha S respectively. Together with beats producer Vaskular, they formed Discos Pegaos in 2011, one of the first netlabels in Chile to showcase homegrown electronic music that stood in direct opposition to the Europeanized house and techno that dominated the capital’s party circuit. As they tell it, Discos Pegaos was founded in the midst of a netlabel boom after the downfall of the Chilean major label system. Independent artists (which they say are almost all the artists in the country) needed a way to release music that was cheap and that afforded them the creative liberty they wanted, so the Internet-only label format (no brick and mortar offices) became a way to make themselves visible to fans hungry for a Chilean sound. According to Altamirano, people weren’t buying music either, so most of these tracks, like Discos Pegaos’ releases, were available as free downloads.

Nonetheless, most of those labels, like Jacobino Discos, Impar, Neurótica and Cazador, were focused on capitalizing on Chile’s pop output; a scene filled with hardworking artists whose omnivore qualities put them ahead of the game in terms of coming up with an original sound. The four producers took a cue from the pop world and started Discos Pegaos as a way of taking back the club from the elites and uniting a scene whose music fell on the margins of traditional electronic genres—it was experimental, tropical, poppy, with a precarious edge that made it standout. Altamirano, Solar and Vaskular were DJs, first and foremost, so Discos Pegaos became a venue, not only to release their music, but to assemble a ragtag band of musicians whose tracks they could play on their sets. “We started to collect people for us DJs to be able to play their music. That’s what’s important about the label, to have parties where you can actually hear Chilean electronica,” Altamirano explains.

“Several years ago, there wasn’t enough [Chilean] music to form a DJ set,” Martínez interjects. “There weren’t Chilean producers, unless you dug super deep and found something that was miles away from your scene. Now, there’s a ton of material from Chile that you can DJ easily in any stage because it sounds good. It’s well recorded and it has standards higher than we’ve seen before. That’s what we wanted to do, set the technical standard that the scene lacked. There’s always been good music out here, but because of a lack of knowledge of certain production techniques, it sounded bad. You would play it alongside a Matias Aguayo track and it killed the party because it sounded terrible.”

Discos Pegaos has been at the forefront of the professionalization of electronic music in the country, an evolution that can easily be heard on Discos Pegaos Cinco, their newest compilation meant to immortalize the label’s output from the past five years. The record is divided into two parts symbolizing the past and the future of Discos Pegaos, cementing their work ethic and stellar catalogue development while also cultivating artists that could build live sets.

Over the years, the label has become a sanctuary for deeply weird characters and sounds that you’d be hard pressed to hear anywhere else, much less together on one label. There’s no major stylistic unity in the editorial line, and that’s part of the magic of the label’s roster—you can find Valesuchi’s synth filled techno tracks, alongside Alpha S’ reggae and tropical influenced beats, Tonossepia’s more traditional house tracks, Blit’s shoegaze meets vaporwave and Vaskular’s spaced out, slowed down break beats. The idea behind such a hodgepodge, according to Martínez, Solar and Altamirano, is to give listeners an opportunity to dive into different worlds within electronic music—to provide experiences over mere club tracks, prioritizing headphones over dancefloors.

“People have this image of Discos Pegaos, that it’s a label that’s closer to the underground and that has a certain editorial line—more open, not so purist,” Solar says. “People knew that Vaskular, Motivado and Dementira had ties to the rap scene, they didn’t come from pure house. They were DJs you could go see at underground parties. There’s a certain closeness and approachability. You knew your music would at least be heard, you could get some sort of feedback or maybe even get published. I think that gave us an edge.”

Solar, whose project Alpha S blends reggae, dancehall and Chilean folklore with hip-hop beats, was one of the first artists that benefitted from this openness. “I come from more of a hip-hop and beats school,” he explains. “I wanted to work with Discos Pegaos because I felt they came from that school too.” Along with Altamirano’s Dementira, who makes heavy bass music, and Martínez’s Motivado, who produces disco and constantly collaborates with pop singers like Fakuta and Violeta Castillo, the three make up most of the label’s output and its present identity. Other projects, like Fantasna’s heavy techno, Rammsy’s ambient house and AyeAye’s innovative rhythmic bending round out the label’s active roster.

House producer Alejandro Paz, who went on to work with Aguayo’s Cómeme, and the mysterious and elusive sampling champion Poki Tatane —who, according to Altamirano, put out the EP Breve Explicación de las Partes, played lots of live shows with the label and then vanished into the ether— along with Janaki and Maneuvers rounded out the label’s first years, showcased on Discos Pegaos Cinco’s second half.

“We wanted to leave a historical record of what has gone down in the past five years,” Altamirano explains. Much like the famous compilations released by Kompakt and Hyperdub, Altamirano thinks of this one as a way of closing a natural cycle and hinting at a new one. “I think it’s beautiful because it’s a good way to put into a package good music for people who have never heard of us or people who haven’t been able to keep up,” he continues. “Some people don’t know that Ale Paz put out tracks with us, or Fantasna, or Poki. At the end of the day there are artists who make more noise than others, so some records are left up in the air. I think it’s good practice to say: this came out on Discos Pegaos three years ago and it was great.  It’s good to take a step back, rediscover certain things and celebrate. Five years isn’t nothing!”

While they’re not too keen on reaching out for the mainstream just yet, Altamirano says he wants the label to expand from its singles-and-EPs-only policy to full albums, something necessary to stay relevant in the coming years. Martínez agrees. “More than anything, we want permanence—to resist,” Martínez adds. “If the label were to last ten more years, it would be incredible. Ten years of putting out records would be proof that it brings new things to the table—our existence would be justified. I would be content with that, specifically because there are so many netlables. It’s easy to get lost in the milieu if you don’t reinvent yourself. We want to maintain this capacity to contribute artists or visions to the Latin American music scene and hopefully worldwide. But I wouldn’t mind it if the impact was just local—to bring to the forefront artists that, if it weren’t for the label, wouldn’t have gotten enough exposure.”