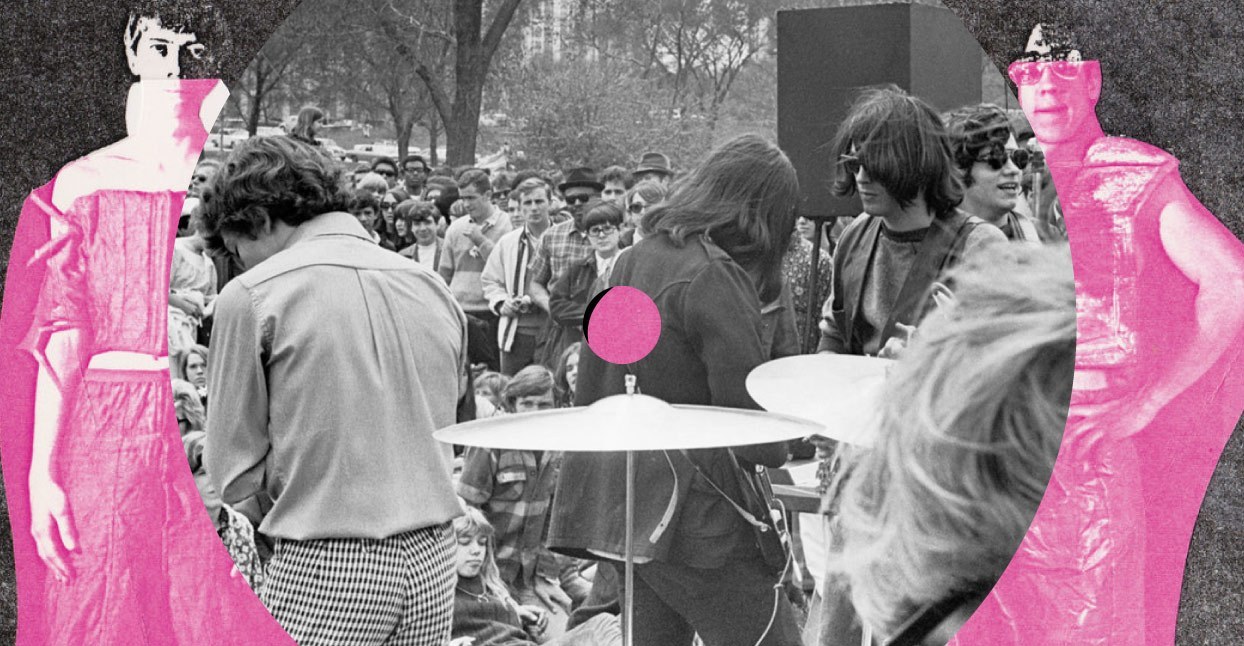 The legacy of raucous guitar rock from the American Midwest, starting in the 1960s with MC5 and The Stooges, through to the Dead Boys a decade later, and into the 1980s with American hardcore punk pioneers Negative Approach, is strong; its subversive spirit continues to carry into the present day, with these pioneering groups influencing countless others. Yet buried beneath these notable names are the bands who equalled their sonic aggression, but who are lost to the annals of time for any number of reasons—lack of promotion being the largest one. In 2011, Chicago resident Chris Gilbert began to remedy this predicament with his label Alona’s Dream, which shines a light on unsung and long-forgotten sounds from the rust belt’s past.

“I think [the Midwest] is special because it has its own identity,” Gilbert says. “Also, punk is a very Midwestern thing… rock ’n’ roll, for that matter, is a southern thing that boiled up through Chicago via the blues. The first rock ‘n’ roll riots were in Cleveland, not Los Angeles. Punk came from Ohio to New York City. You could probably never have had a band like Shadows of Knight out of Seattle. It’s all very Midwestern.”

The seed for Alona’s Dream was planted when Gilbert discovered a self-released 1965 single by a local garage band named The Ravens. Intrigued by the teens’ brash sound, and hoping to get a grasp on their history, he managed to track down a member of the band, only to discover the group contained a well-known Midwestern wildman on drums. “I contacted the band member and asked if it was their record, and was shocked when he replied, ‘That’s my band from high school with John Belushi,’ like it was no big deal.” Gilbert thought it would be fun to do a small repress of the single featuring the comedy legend, and talked the existing members into the project.

Initially, Gilbert had no intention of starting a label, but when he sensed a demand for more overlooked Midwestern noise from the past, he reconsidered. “In my mind, I felt I did my thing and could get back to doing whatever I was going to do, which at the time was probably [trying] to become a record dealer—another job that I’m probably not cut out for,” he says. “What I failed to appreciate was whenever I would sell someone a Ravens 45 they would ask me, ‘What are you going to do next?’ It was pretty easy to sell those initial records and I thought, ‘Why not do another one?’”

Since then, Gilbert has released a veritable treasure trove from the Midwestern underground, everything from the demo tapes of hardcore originators Necros, to the soaring psychedelic sounds of Iowa’s The Contents Are, to the unhinged Chicago no wave of End Result. Although Gilbert is pretty hush-hush when asked about the future plans for the label, he is more direct when explaining the intent behind it. “I kind of view art as an antidote to all the fucked up shit in the world,” he says. “So the more art I contribute, the better the world is, or at least there is more music out there that shits on authority and fascism.” If such a righteous statement isn’t enough to throw your full support behind Alona’s Dream, then please direct your ears below to the following gems from the band’s catalog.

Formed in the west side suburbs of Detroit during early 1981, Bored Youth were more inspired by Sham 69, The U.K. Subs, and other second-wave British punk bands than anything else coming from the west coast at the time like Black Flag or Circle Jerks. Taken from a recording session for an aborted seven-inch EP for then-fledgling label Touch & Go, the 11 songs Gilbert released in the fall of 2013 showcases their rough yet strangely melodic sound, especially on the astounding track “Outcast.”

The Contents Are
Four Each Other

Recorded in 1969 at Golden Voice Studios—a mythologized establishment in central Illinois rumoured to have been used clandestinely by Led Zeppelin—the nine tracks which make up this Iowan quartet’s lost full-length have a real darkness to them. The closest comparison may be to the demo recordings of the pre-Blue Oyster Cult unit The Stalk-Forrest Group, especially on “Everyone’s Friend,” “If You Follow Me,” and the blistering opening track, “Head Collect.”

Maumee, Ohio’s Necros were the first Midwestern group to capture the sound of what was happening in the southern California punk scene at the time, molding it something all their own in the process. Recorded during the tail end of 1981, in Negative Approach’s practice space, Club House Session offers an intriguing glimpse of the band in experimental mode. There are alternate versions here of of some of their classic tunes, such as “Police Brutality,” which is played at a mid-tempo chug, quite a contrast when compared to the high-speed velocity it has on their debut 1983 LP, Conquest For Death.

Among the acres of one-off, independently produced singles released by garage rockers in America during the 1960s, Abaddon’s Blues Tomorrow holds a special place in the hearts of record collectors worldwide. Recorded at the aforementioned Golden Voice Studios, the tracks epitomize the midwestern take on the U.K.’s merger of psychedelia and blues with its burly delivery and fuzz-drenched guitars, while hazily pointing the direction for things to come from the region.

Like other punk bands who formed across the country in the late 1970s, Banned In Chicago fled their hometown and went to New York City in hopes to find acceptance in what many considered the mecca for American punk at the time. Despite scoring a gig at CBGB rather quickly, the band broke up not long after their arrival. Luckily, the eight-song demo they recorded at a small studio prior to leaving Chicago still survives to show a snapshot of the band’s short-lived power. Their sneering, sped-up garage punk appraoch is particularly highlighted on “Geek Room Monitor,” “Deny It,” and the charmingly-titled “You Fuck Around.”

In a rare deviation from the Midwestern theme of Alona’s Dream, Gilbert also released the final recordings by The Stupids, a British hardcore band from the late 1980s helmed by present-day drum & bass DJ Klute (aka Tommy Withers). Originally known for their fiery adulation for the speedier side of American hardcore, the four tracks presented here show the trio moving in a more melodic direction, similar to D.C. bands of the time such as Dag Nasty or 3.

If we are to believe the tales laid out to us about the nascent days of Midwestern punk, it seems Articles Of Faith’s brand of earnest, politically-charged thrash might have rubbed the more skeptical elements of the Chicago scene the wrong way. (See the documentary You Weren’t There for evidence.) In the present day, there’s no denying the full-throttle intensity of their second 7-inch EP, originally released in 1983, especially when it comes to the one-two punch of the title cut and its follow-up, “Buy This War.”