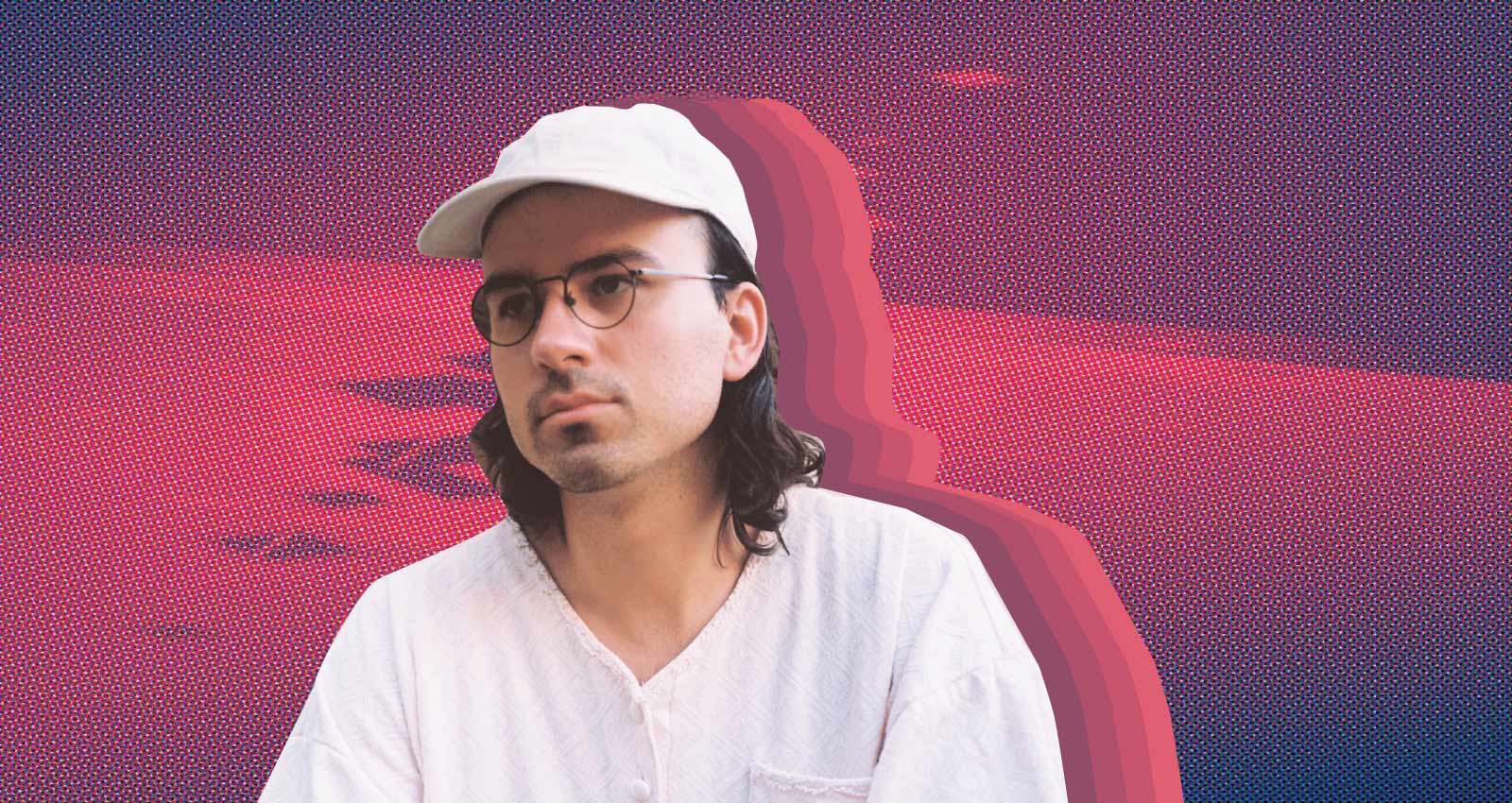 There are indie games, and then there are eye-opening, genre-exploding, medium-changing indie games like Kentucky Route Zero. The episodic adventure series, which wrapped up late last month with the much-awaited Act V finale and a handful of home console releases, falls squarely in the latter category. The product of video game industry outsiders from Chicago, Kentucky Route Zero was born from a $6,500 Kickstarter goal (which it modestly exceeded) and a unique angle—a game that explores a hyper-stylized, magical-realist version of its namesake state and the esoteric, poetic characters that populate it.

To soundtrack this stunning—and often perplexing—saga, KRZ’s creators turned to their classmate Ben Babbitt, a 21-year-old fledgling musician (and non-gamer) from the Chicago suburbs. It was the first time Babbitt had ever been commissioned for a project. Regardless, he possessed the unique skill set to craft both the ambient electronic soundscapes and harmony-laden folk songs that the designers envisioned for the game’s emotional anchors. Little did Babbitt know, he would go on to write and record new music (as well as engineer the game’s sound design) for almost a decade. The result is not just one of the most artistic and affecting achievements in the history of gaming, but a compiled 26-song soundtrack—released late last month—that is just as stunning and surprising.

We spoke to Babbit from his current home in Los Angeles about finally finishing Kentucky Route Zero, working with Angel Olsen on last year’s All Mirrors; and how growing up in the DIY scene shaped his development as a composer.

Were you a gamer growing up?

I wasn’t really, because my parents didn’t let us play video games at home. We didn’t have consoles, very limited TV access etc. So I never played a video game in my house growing up. I did play some N64 games at friends’ houses and loved those games. I still do. But beyond that I didn’t have much experience with them.

But music was a big thing in your life from a young age?

Music was always around, yeah. Both of my parents are musicians, they put a little violin in my hands when I was a toddler, and I took piano lessons—just kind of bounced around to different instruments. I started playing guitar when I was like 10, and that was maybe the first instrument that I was motivated to spend time with on my own. I sort of obsessively practiced through my teen years.

You worked in a recording studio in Chicago while you were playing in bands?

Yeah, I’m grateful for that time. Our older friend who ran the studio treated me like a peer, and that was really encouraging. It was definitely the first place I encountered a lot of the conventions of making records that are still useful now. My aesthetic interests have changed a lot, but I’m still fascinated by the process.

So what is your day-to-day like now that you’ve wrapped up Kentucky Route Zero?

We just finished the last episode of the game in November, so I’m in a bit of a transitional space, but there has still been a lot to do surrounding the release. I just spent a lot of time going through all of the music and putting together a compiled soundtrack that we just released, but I’ve also been working on new music. I worked with my friend Angel Olsen on her newest record, All Mirrors. That was such a great experience, I really loved that process of being in a studio and collaborating IRL as a contrast to working on the game. So I’ve been doing some more of that: collaborating with other people on their work, producing and co-writing, and working on my own music again.

How did you come to work with Angel Olsen?

We’ve been friends for a long time, and I’ve always tried to see her play when she’s come through L.A. We had a chance to hang more in 2018 when she was here. She asked me to come by a rehearsal space and play through some of the new songs she was writing, and she mentioned wanting to use strings. Both of my parents are string players and it has always felt really natural using them in my music when I have the chance, so I convinced her to let me try an arrangement for one of the songs. It went well, and we just kept working on them together, then went into the studio with John Congleton to make the record.

By contrast, you were working on Kentucky Route Zero, which was released in five parts, over the course of almost a decade. How does it feel to exhale after a decade of your life working on this project?

Yeah it’s a pretty strange thing. I don’t know that any of us are at the point of exhaling yet. It’s a lot to take in this sudden wave of feedback about it, and there’s also always technical stuff to smooth out, especially with this wider release. I’m not a programmer but I know that [game designers Tamas Kemenczy and Jake Elliott] have had their hands full with that stuff—but yeah, it feels great to be done.

You made music for the game’s first episode before you even knew what it looked like, right?

Yeah, I’d only seen the Kickstarter trailer with the first iteration of the art style. I wasn’t scoring specific scenes. I made a bunch of music in reaction to the prompt they gave me, and they took that and placed it later. I didn’t really hear anything for about a year, and then got an email from Jake saying it had mutated into this episodic thing, and that the first one was coming out soon. I don’t think anyone expected it to get the kind of attention that it got at the time, and that was really exciting. I started working more in tandem with them around Act II, making the music and sound design. Those things really became a lot more intertwined.

Was there a conscious decision to really spotlight your music in this game, almost like little concerts within the game? That’s something Kentucky Route Zero does in a very impressive and intimate way.

In Act II, there’s a scene in this bureaucratic office building that had been a brutalist church before it was co-opted. There’s a point in that scene where you can wander out-of-frame, and the camera follows and reveals this big pipe organ remnant from the church. There’s a character that seems to kind of live inside of this organ, and performs a kind of pseudo-Messiaen composition. And you can stand and listen to it and watch this performance if you choose to, or you can walk away. That was the first time that there was a diegetic music performance by a character, and then that idea developed further based on the characters and what was going on in the story.

And you just kept finding those moments.

Yeah exactly: like, sometimes they were new characters encountered in new locations, and having them play music just made sense as part of what else was happening in those scenes. Jake has talked about this before, but we all came up in local, like community-oriented, DIY music and art scenes. We would go see a lot of shows and play a lot of these small shows with the same people, so I think it felt natural to reflect that in the game and to have characters performing in that way.

You hit on this really interesting mix, right off the bat, of ambient electronic music and spiritual folk/bluegrass songs.

That combination was something that Jake and Tamas had in mind already when they asked me to make the music in 2011, before it was episodic. The idea, then, was that it would be cool if you could encounter one of those folk songs but then you sort of move away from them, it would cross-fade into an ambient electronic version. That didn’t end up happening in the game, but those were the starting points and the main building blocks for the musical world.

That combination really works beautifully from the start, but I take it that it’s like looking at baby pictures for you hearing the early music?

Yeah, totally. I think that’s inevitable with work spanning that much time. Especially with the compiled soundtrack, where it’s taking music from 2011 and putting it in the same space as music from a few months ago. The stuff at the end is the most recent, and of course I feel most connected to that now. But it also felt important to create a kind of musical tracing of the trajectory of the project and keep that intact, especially with stuff that’s been out for a while.

It’s got to be pretty neat to be a part of a game that represents a real shift in the medium. It’s unavoidable—this is a medium-shifting game.

I think because I’m not super aware of the canon and the chronology of games, I don’t have much of a concept or sense of that. But it’s a cool idea. Bringing something new to a form or shifting the trajectory: I’ve always been drawn to music that does that, for sure.