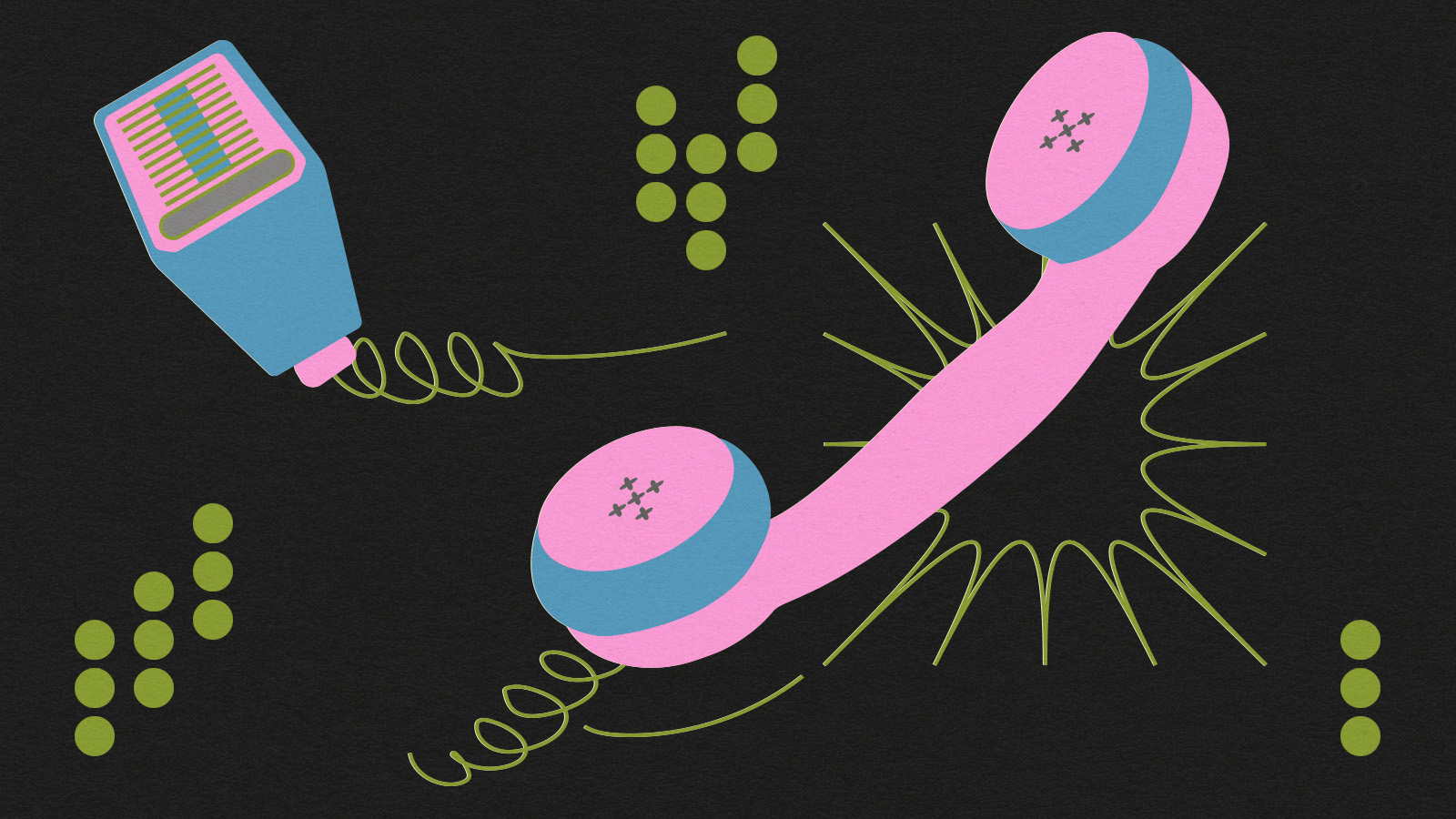 “The girl on the phone” is a trope of U.S. visual media culture that extends back to the post-war era, a period in which a lot of core things about the identity of America were being renegotiated. The future of gender roles was a principal consideration as young women began emerging both as workers and consumers who could keep the economy afloat in difficult times. Business was excited by the possibility of a new market, but the heterosexual patriarchal order was greatly disturbed by the possibility that women wouldn’t go quietly back to a cloistered domestic life after experiencing the freedom of making their own way in the world. Phones thus became a signifier of women’s newfound ability to reach outside of their own homes, as well as ground zero for how that innovation would be used to both contain and direct that increased capability. The aims of business—to sell more phone lines—were at odds with the desires of patriarchy: the Bell Telephone Company could make more money by selling heavily gendered “Princess” phones for use in teenage girls’ bedrooms, but their parents couldn’t monitor calls there the way they could in the family’s foyer.

Enter Glenna Van Nostrand, a Providence-based performance artist who, in 2005, began a course in Electronic Projects at MassArt. She had wanted to work with telephones since high school. Over the course of the semester, Van Nostrand devoted herself to demystifying the ins and outs of antique telephone equipment. From there, she created a setup consisting of two phones (one rotary and one touch-tone) and a CB radio mic, where the phones were circuit bent to run into a Boss RC-20XL looping station. The technology itself was extremely limiting, as it distorts the voice and acts as a filter through which only so much of the spectrum of sound can be rendered, but it was also perfect for what Van Nostrand began to create with it: extremely intimate rounds centrally about desire and longing.

Following graduation in 2008, Van Nostrand took her new set-up on the road, making a six-song EP of home recordings to tour with, all of which would eventually make it on Rounds. It was released in the spring of 2012 after Ted Lee of Feeding Tube Records happened to catch her 2am set at a Boston festival. When he told Van Nostrand afterward that he wanted to hear it on vinyl, she laughed. When she realized he wasn’t laughing and went home to research his label, it became apparent how serious he was.

Van Nostrand had always loved singing vocal rounds growing up on a small farm with her sister, Willa Van Nostrand, something they returned to doing after this solo release. Rounds are the easiest form of vocal singing, in which each voice enters after a set interval of time, at the same pitch, using the same notes. As such, vocal rounds are a popular form of song amongst amateurs, be they the earliest nursery rhymes taught to children like “Row, Row, Row Your Boat” or “Frère Jacques,” or songs sung in glee clubs by adults. Thus, the form these songs take evokes girlhood very specifically.

Rounds subverts the girl on the phone trope in a multiplicity of ways. On the cover, Van Nostrand has two phones: double the amount of potential agency the usual girl on the phone has. These antique telephones aren’t mediated by a company selling and providing a service anymore, and Van Nostrand is not using her phones to do the social and emotional work of being a wife and mother or to converse with potential suitors—she has actually altered the antiquated phone equipment to her own devices and put it to use creating songs which allow her own subjectivity and yearning to be the only thing that is happening. “Pink Electric” even eroticizes the technology being used with blistering electrical engineering metaphors.

In addition to her own voice, Van Nostrand uses the full range of sounds available through the phone equipment, creating rhythms or playing the keypad along with her voice. All of this can be heard on “Happening,” where the fluttery resistance of a rotary phone is cunningly used to communicate the initial flutter of emerging desire in the body of a young person trying to understand that sensation for the first time. The lyrics about her girlfriend being all alone at home, “this new invention to get your attention,” and the advice “whatever you do, don’t tell your mother/ She might find out, and then tell another” make it clear that Van Nostrand knows exactly what she is doing.