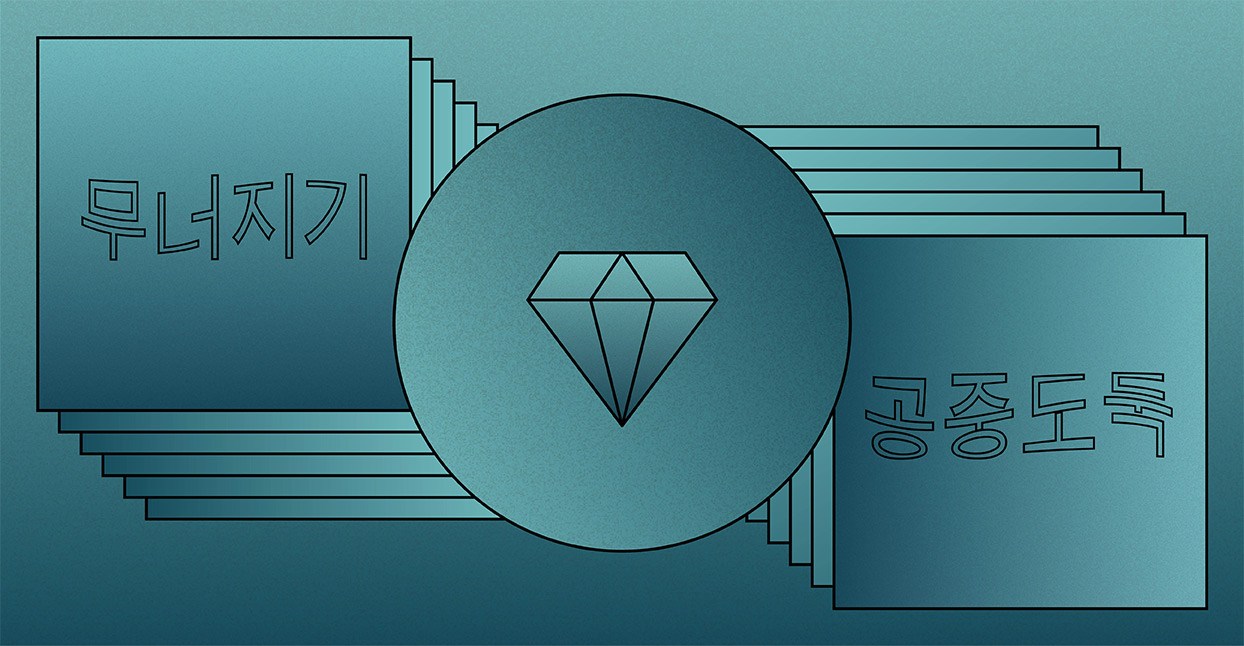 Kaleidoscopic South Korean rock-electronic hybrids rarely inspire online cult followings, but Mid-Air Thief’s Crumbling spent the latter half of 2018 converting listeners. Their latest album began popping up frequently on user-guided aggregation sites and niche message boards, joined by praise for a project that received little media attention in their home country, let alone outside of it. This left-field celebration is well earned. Crumbling bridges psych-smudged folk with contemporary electronic music; Mid-Air Thief pivots between multiple sonic ideas over the course of single songs, and tucked away in these dizzying numbers are among the most dazzling musical moments in recent memory.

Listeners who gravitate towards obscure acts who are suddenly graced with niche online audiences tend to appreciate the mystery shrouding these artists, to the point where learning more details about them might feel unnecessary. Mid-Air Thief’s complex backstory, though, underlines what makes Crumbling so captivating. The main person (full name yet to be confirmed) behind the project started out under the moniker Hyoo, releasing two mini-albums of post-Brainfeeder beat music. Just a few years later, they changed their name to Public Morality and released an album of the same name. They replaced the nervy synthesizer melodies and chopped-up vocals of those earlier offerings with acoustic guitar strums and singing. But weaved in were moments of noises warping like an old cassette tape and sudden swivels in tempo, hinting at what would come next.

With Crumbling, Mid-Air Thief ventures into dreamier territory, backed by Korean singer/songwriter Summer Soul, to whom a vast swath of lyrics and vocals are credited (per a Korean language interview). Opener “Why?” sets the tone immediately with a rush of synth notes and muffled voices, followed by a strange chorus comprising sparse acoustic strums, back-and-forth vocals, and hissing-tape noises; from there, the volume creeps up until everything comes into focus, only to burst in one, big electronic thump, buckling under the cacophonous weight. Even as Crumbling frequently feels like it’s on the verge of breaking apart, though, Mid-Air Thief’s songwriting ability holds these maddening songs together, even on long, busy numbers like “Crumbling Together” and “Dirt.” The latter uses vocal hooks as a way to center the listener, as the instrumentation around them spirals.

Mid-Air Thief’s sound is not without sonic precedent; the heavy use of acoustic guitar coupled with their decision to master Crumbling in cassette resembles the bedroom-recording intimacy of early Grizzly Bear or The Olivia Tremor Control. Mid-Air Thief’s decision to draw from their earlier electronic work—specifically that every sound is an instrument, and that it can be manipulated—also gives the album a sense of unpredictability, of the ground underneath constantly shifting and prompting unexpected charm. Sounds and voices constantly get warped while splashes of synthesizer splatter across songs, adding tension to otherwise pretty creations, like the tempo-flipping jaunt “Curve and Light,” and making the finale of autumnal slow-burn “Ahhhh, These Chains!”—a number starting with calming bell chimes and vocal harmonies that gradually blur together before eventually giving way to blasts of guitar—hit all the harder. Mid-Air Thief also uses loud-soft dynamics to further turn Crumbling into a disorienting experience. The moments when an element once buried in the back suddenly rushes to the front and breaks through, like when the feedback clears away early on “Why?,” or when the back half of “Gameun Duet” lets the muted voices of the two singers move back into the spotlight for one last go, are some of the album’s finest. And with so much going on at once, Crumbling continues to reveal new details with every listen.