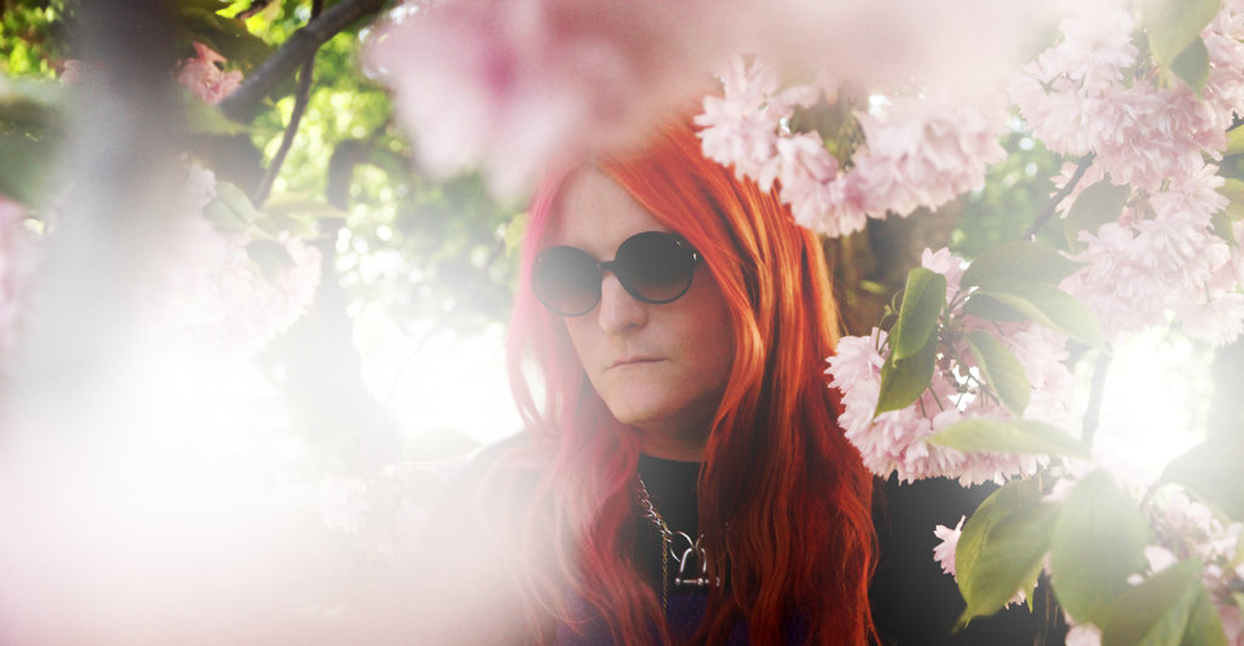 Since 2016’s Taiga EP, the Berlin-based electronic artist Ziúr’s palette has expanded beyond the discord associated with experimental club music, heading toward a more colorful aesthetic, one defined equally by spirits of defiance, melancholy, and joy. “I feel the music that I write,” she says, matter-of-factly, over Skype from her home. U Feel Anything?, a sometimes disorienting sucker punch of martial percussion arrived in 2017, but its follow-up, ATØ, foregrounds Ziúr’s own voice amid new collaborators such as Ash B. “Right now, it feels like the right time to bring my vocals back,” she continues. “It comes out as easily as when I write a kick drum.”

ATØ stands for “The Alliance To Take Over The World,” a creative entity Ziúr describes as an “open call for intersectional solidarity.” The idea came to her in 2012, after touring with a local punk band. Sitting in her kitchen, Ziúr and a friend reflected on their disillusionment with this music scene which, despite appearing open, tends to replicate the same restrictive structures present in other walks of life. “People need a sense of security and belonging so they sort themselves into imaginary boxes. It immediately creates an ‘us versus them’ dynamic,” she explains. “We didn’t feel supported or seen in the surroundings we were moving in.”

Ziúr’s electronic career took off in Berlin around 2015, while she was promoting Boo Hoo, a queer club night. Other adjacent Berlin DJs and artists such as Kablam, M.E.S.H, and Why Be were also foregoing the city’s traditional techno sounds in favor of freewheeling sets, built around devastating beats, sing-a-long pop, brutal noise, and other splintering sonics. “All of a sudden, there was an acceptance of trying to combine things differently,” she enthuses. “It felt a little bit like my weird self was seen for the first time.” Her DJ sets carry that same borderless spirit, the crowds at her own nights comparably diverse. “The last time I did a release party at Berghain, everybody was there,” she tells me. “Nobody looked at other people’s sneakers like they weren’t cool enough.”

ATØ gets off to a pastoral start, recalling the natural sounds she was surrounded by growing up in a rural village. As a youngster, Ziúr took guitar and drum lessons, but they never lasted, and she was similarly restless when it came to school. “Without even knowing how to dissect that as a kid, I was always bored by a classical approach to education,” she says. What did stick was her love of singing, from performing in a school musical to vocals in punk bands as a teenager. “All Lessons Unlearned” is mechanical R&B with a human heart, given fleshy form by Samantha Urbani’s vocals, while the robust club contours of “Fancy Handbag, Broken Zipper” feel like the brutalist architecture that punctuates Berlin’s streets.

These days, Ziúr says she’s grown more settled, supported by loved ones both inside and out of the music industry. The electronic artist is also still in the same East Berlin flat she has been for the last 13 years: rooted and seemingly at home in a city receptive to new ideas. It might be this sense of security which has helped her pen such emotionally vulnerable work. Over the haunting melody and plaintive electronics of “I Vanish,” Ziúr sings, “You left me stranded and I’m trying to stand tight.”

She gives a more theatrical vocal performance on ATØ’s title track, with her voice coated in thick distortion. “When hand reaches hands we’re so close to overtaking,” she intones assuredly over primordial, swirling electronics, referring to the people who “struggle finding a place in this world, who are having trouble being respected and celebrated for who they are.” It’s simultaneously a manifesto, message of support, and a call to arms rooted in openness—the call to solidarity envisioned at that kitchen table in 2012. “It’s not just about having this feeling of love, but it’s about actively reaching out even though you sometimes get shit for it,” she says. “I’m not giving up yet.”