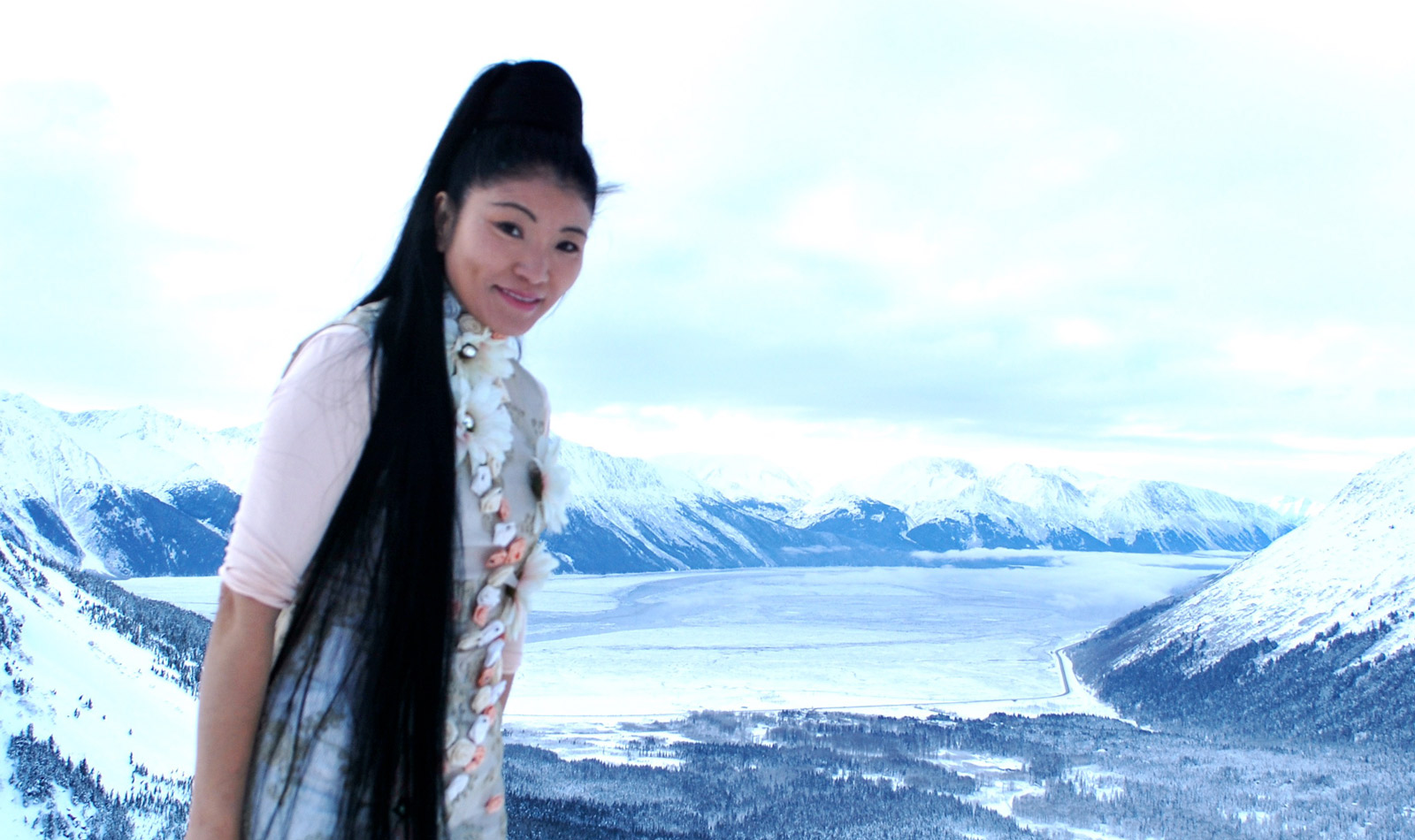 For a musician of Yungchen Lhamo’s towering reputation, you could be forgiven for expecting to hear a powerful, soaring soprano sound when you press play on her sixth studio album Awakening. Instead, Lhamo’s singing voice befits her humble personality; throughout the course of a recent 90-minute phone conversation, she rarely talked about herself.

In actuality, her voice is gloriously tender. Lhamo has a knack for holding notes far beyond their natural duration (at least to a Western ear)—just listen to the opening line on Awakening, where her voice lays bare, soft, and quivering. At the culmination of the extended note, she adds a surgically precise inflection before gracefully falling off the line and rounding out the phrase. It all adds up to a remarkably moving listening experience.

It’s been nine years since we last heard from Lhamo (whose name means “Goddess of Melody” in Tibetan). The internationally renowned artist gained critical acclaim in the 1990s after winning an ARIA award (Australia’s equivalent of a Grammy) for her first album Tibetan Prayer and then signing to Peter Gabriel’s Real World Records, with whom she released Tibet Tibet, Coming Home, and Ama.

As the first Tibetan artist to win an international award, Lhamo subsequently traveled to almost every corner of the world, performing at prestigious venues such as Carnegie Hall in New York, the Royal Albert Hall in London, the Louvre in Paris, the Vatican in Rome, and the Sydney Opera House, and collaborating with artists such as Annie Lennox, Billy Corgan, Natalie Merchant, and Peter Rowan. She’s performed in over 90 countries, spreading messages of happiness, health, and healing. In the early 2010s, however, she stopped making albums; while she continued to perform concerts throughout the USA, she chose to live a different, more humble existence in Upstate New York.

“I decided I wanted to dedicate much of my life to helping the homeless, the mentally ill, the drug addicts, the elderly,” she says. “They could not come to see my concerts, so I went to see them.”

Lhamo was born in Lhasa, Tibet in the mid-‘60s. From her mother, a nun, she learned early on what it meant to live a life of service, and from her grandmother, she learned that the most effective way to help others was through the healing power of her singing voice. In 1989, she made the long and arduous trek to Dharamsala in India.

“I wanted to pursue my childhood dream of helping people,” she says of the trip. “It was quite a journey. I carried my baby son and we crossed the Himalaya mountains. Lots of people think it’s courageous and glamorous. But when you pack a little bag, leave, and don’t know when you will return, it is not so glamorous. I was lucky I survived.”

Her career has since been dedicated to awakening the power of music in the West and promoting Tibetan culture. Lhamo incorporates Buddhist prayers and mantras in her singing for their healing powers. “People tell me my voice gives them peace of mind,” she says. “That’s why I include mantras in my music—so it is more beneficial to them.”

On Awakening, the Green Tara mantra is referenced in “Loving Kindness,” a track that features Flamenco legend Carmen Linares, the lyrics to which mirror the mantra’s aim of alleviating internal suffering. “Compassion For All Beings,” which helps us strive for happiness and connect better with others through unconditional love and compassion, contains a reference to the six-syllabled Sanskrit mantra Om Mani Padme Hum. “I truly believe that voice has the vibration and energy to connect, power, heal, and transform all human beings,” Lhamo says.

The return of this gifted musician and spiritual figure to the world stage began after a chance encounter at one of Lhamo’s shows in Spain, when she sought some musicians to accompany her. Lhamo prefers to perform a cappella, but also looks for opportunities to experience and collaborate with other cultures. Previous albums have been co-created alongside French producer Hector Zazou, Iranian-American musician Jamshied Sharifi, and Russian pianist Anton Batagov. On this occasion in Madrid, she was paired with guitarist Julio García, who mentioned  he had seen Lhamo perform 20 years prior. The fact that Garcia had remembered Lhamo’s music after all those years and had then requested to collaborate on a song with her was very meaningful for the singer. That was the impetus for Awakening; when Lhamo knew her return was destined.

Garcia adds simple and sparse accompaniment to Awakening, leaving plenty of space for the Goddess of Melody to shine her brightest. After periods of solo voice, he makes an unassuming entry through a descending pattern of broken chords or subtle tremolo on his guitar. (The latter technique, typical of Flamenco music, comes to the fore in García’s playing on “Come Home My Dear.”) The interplay between Spanish guitar and Tibetan folk melodies makes for unique and inspired songwriting.

Each track has its own profound lyrical message, ranging from the suffering of our natural world and environment to the more recent phenomena of “monkey mind”—the inability of people to concentrate for extended periods of time. For a Western audience, the album amounts to a snapshot of an under-represented worldview from a transcendent figure—one the world needs to hear a lot more from.