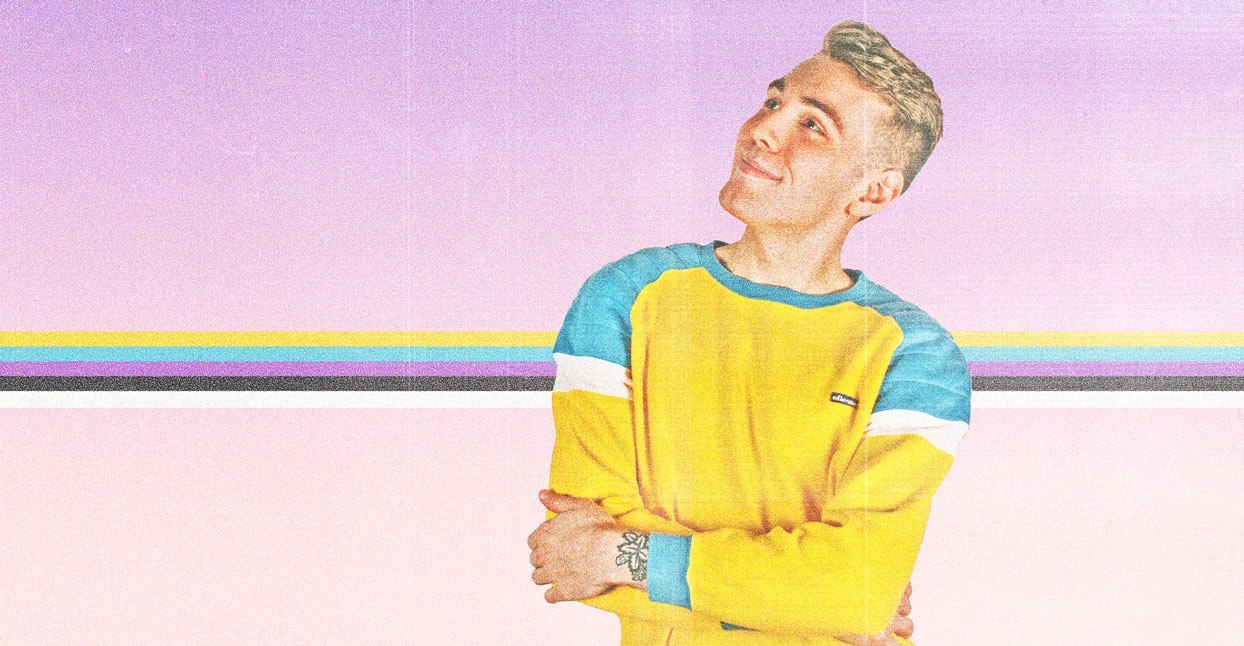 Since releasing his first mixtape, simply titled Bae, in 2014, Yung Bae (aka Dallas Cotton) has become a recognizable name among fans of the extroverted cousin of vaporwave known as future funk. To press play on any one of the 24-year-old producer and DJ’s releases is to be transported to a parallel universe, one that’s full of beautiful impossibilities. His album art says it all: anime figures sport perfectly arranged, brightly colored hair; they lounge poolside or dance in nightclubs. No one wakes up early to go to work, because they don’t need to—in this world, life is a beach.

These days, Yung Bae’s postcard-perfect dreamworld is looking more like reality. His sophomore mixtape BAE 2 has just been re-released on pastel-colored cassette and vinyl on Wales-based label My Pet Flamingo (it’s sold out), and since December, he’s been teasing yet another mixtape, BAE 5, due out this summer after a two-year gap. Just 24 hours after checking in over the phone from Portland where he’s currently based, he’ll be jetting off for his first-ever appearance at Coachella—and then he’ll roll out for a mini-tour alongside EDM superstar Zedd, natch.

“I don’t like going out as much per se,” he admits, going on to crack a joke about the festival’s infamously-steep price tag: “Thank God they let me in, because there’s no way I’m buying a ticket. I hear people get pretty crazy there, a little wild… I don’t think I’m gonna participate in any of that. But it looks like a lot of fun.” Not only does he have to concentrate on his set, but partying’s not really his thing. “Ever since I started music, I’ve become more of a hermit.”

Bae, Cotton’s first mixtape, landed only a short while after he began making music. He had enrolled in college in 2013, but quickly dropped out. Before he left, his roommate introduced him to the beginnings of vaporwave: Macintosh Plus, Saint Pepsi, MACROSS 82-89. After leaving school, Cotton worked as a cart pusher at Costco and started making music in his spare time, teaching himself software with YouTube tutorials and tips from other producers. “I actually dropped out of school before I got into music, which in hindsight wasn’t the smartest move at the time. Thankfully, it panned out,” he says. His musical experience in his pre-Bae days was almost nonexistant. “I took a little piano in 6th or 7th grade for a summer, then stopped that almost immediately, because I thought it wasn’t cool,” he explains. “Now I wish I’d kept with it.”

On his past mixtapes, Cotton snapped together various musical snippets—culled from disco, funk, soul, and retro Japanese pop—as if they were Tinker Toys: forgotten sounds of years past, re-animated and repurposed as 21st-century playthings. His search for samples prioritized uniqueness above all else; he remembers scouring various obscure YouTube channels for hidden gems that had yet to be “flipped” by his fellow producers. BAE 5 shifts that focus considerably, scaling back the sample-heavy approach for more original sounds, including a children’s choir, a live band, and even an orchestra (for “some real disco”). Or as Cotton puts it: “I’m trying to make my own future funk,” something he’d “get out of a crate and just go crazy for if I was digging in a store.”

So what does he look for in a song? “It has to be super major, super happy, upbeat,” he explains. “It has to have a great bassline—anything that you can blast during the summer.” Sure enough, Bae 2 tracks such as “You’re Love” and “Ain’t Nobody Like You (feat. Josh Pan)” are so infectious and bubbly, you’d never know Cotton comes from a city where the average low on a July night is a brisk 58 degrees Fahrenheit, and the rainy season drenches the sidewalks for 65% of the year. (He’s made most of these “summer tracks” during this time; this summer he’s moving to Los Angeles, where he’s lived in the past.)

Like many vaporwave and future funk artists, vintage anime plays a major role in Cotton’s visuals. He didn’t grow up watching much of it, except for Sailor Moon and Miyazaki movies—“My parents were semi-strict with what we watched. Somehow that was allowed,” he explains—but now, he’ll often put something on mute in the background while he works to set the mood. “It’s like, ‘Oh, it reminds me of when I was a kid,’” he says.

There’s a Japanese word for this feeling of reminiscence: natsukashii. The closest available English word is “nostalgic,” but that doesn’t quite capture it. The past that one remembers when one is feeling natsukashii isn’t gloomy or melancholy. It’s happiness to be taken back in our minds to a more innocent and hopeful time—even if the past didn’t exactly happen the way we remember it.

The past that Cotton evokes in his music is a strange amalgam. His stylistic sensibilities draw heavily on the ‘90s, from old-school anime to the portraits of him wearing primary-colored sweaters and cuddling an inflatable flamingo in front of a janky patterned backdrop, the kind one could find in family portrait studios in suburban malls across America. Sonically, he mines everything from the ‘60s to the ‘80s; sometimes, he’ll pick a specific year when he searches for tracks to sample.

No matter the age of his listeners, Yung Bae’s music tends to stir up fond memories of decades past—it pushes their collective natsukashii button. That universality—and the fanbase and touring that’s resulted from it—provides a possible explanation for the two-year gap between Japanese Disco Edits 3 and BAE 5, the longest in his career. “It wasn’t much of a shift,” he says of his transition to live performances. “It was just catering to people on the spot.” Even though he’s still shy, playing live has also reduced his anxiety; before last year, he admits, he couldn’t find a picture of himself performing where his head wasn’t down. “Now I feel myself talking to the crowd a lot more, trying to be as interactive as possible,” he says proudly.

He’ll have plenty of chances to put that burgeoning confidence to good use. After Coachella and the Zedd tour, he’ll be hitting the road with producer-saxophonist GRiZ for even more dates, and he recently announced via Twitter—along with a 38-second clip of the children’s choir in the studio—that the release date and artwork reveal for BAE 5 will be coming “soon.” “It’s really fun, [a song for when you’re] hanging out with your friends in the summer, putting the windows down,” he says of the snippet. With Bae’s commitment to worldbuilding, the “future” of future funk is in good hands.