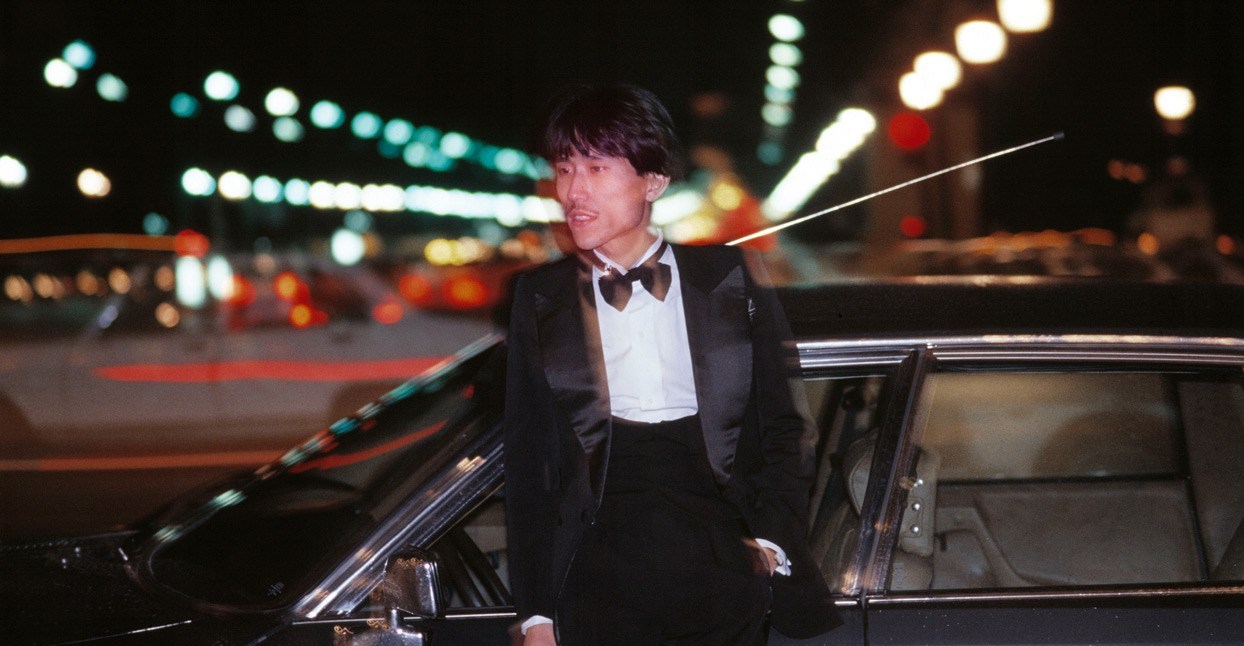 When they debuted in 1978, Yellow Magic Orchestra changed the course of Japanese music history. The trio of Haruomi Hosono, Ryuichi Sakamoto and Yukihiro Takahashi joined together to play disco on synthesizers and to re-imagine exotica from the perspective of the people often erased from these fantasy readings of far off places. Their “techno-pop” turned all three into superstars, and legitimized electronic music for many in their home country.

Months before releasing their self-titled debut, though, the members of YMO helped create a skillful mix of easy-breezy disco, funk, bossa nova, and ambient, plus covers of French and Italian standards for Saravah!, Takahashi’s debut solo album released in June of 1978. The credits for that release read like an all-star team of Japanese musicians. Sakamoto co-produced it, while Hosono sat in to play bass. Celebrated pop tinkerer Tatsuro Yamashita joined Minako Yoshida to provide vocals for several choruses, while the likes of Rajie and Shigeru Suzuki—names that get a certain kind of Discogs-obsessed digger really pumped—also stopped by.

Saravah! stands as both a curio of the time right before YMO emerged and an album hinting at the glitzed-out future Japanese pop would pursue in the 1980s with the arrival of city pop. French label Wewantsounds released Saravah! for the first time internationally at the start of this month, bringing Takahashi’s celebration of French film soundtracks and early-afternoon disco to a wider audience than ever before.

Takahashi, however, has a slightly more uneasy relationship with his debut.

“When I listened to this work carefully after 40 years, I felt a little strange,” Takahashi says. The 67-year-old artist looks back on his Europe-influenced debut and sees a 26-year-old version of himself trying to figure out his style, and there’s a lot he feels “dissatisfied” about. In past interviews, he’s pointed to the weakness of his voice as a particular annoyance. For its 40th anniversary in 2018, he even re-recorded all the vocals for a Japan-only reissue.

Saravah! marked the first time Takahashi’s singing took the spotlight on an album. Before that, he had been the drummer in Sadistic Mika Band, an influential rock band that morphed into a unit called The Sadistics after the original singers left the project. “After making about two albums with that band, I felt that the direction of the music, including live performances, was no longer the direction I wanted to do. I wanted to create a solo album,” he says.

He says he wanted to make music inspired by what he listened to as a child. Those sounds skewed European, as songs, movies, fashion, and much more from the continent were enjoying newfound popularity in post-war Japan. “Personally, Claude Lelouch’s A Man And A Woman influenced me greatly, as I had watched that movie many times when I was 15 or 16 years old.” The title of the album referenced French composer, singer and actor Pierre Barouh’s label Saravah, as he had featured in the Lelouch film, and helped write songs featured in the picture.

Many other musicians in Tokyo during the 1970s were also drawn to international sounds, including Sakamoto and Hosono, whose own early solo works explored sounds ranging from ambient to New Orleans dixieland. “We grew up listening to rock and pop music as music that came from overseas, so we were always chasing something new in the world,” Takahashi says. The three popped up on one another’s works throughout the decade, and would work on Saravah! when Takahashi began creating the songs for his proper debut in 1977.

Takahashi told The Japan Times in 2018 that, “if you look at it in the context of the Japanese music scene at the time, it was a weird record.” This might be an understatement. Saravah! Features a bossa-nova-tinged cover of Domenico Modugno’s “Volare (Nel Blu Dipinto Di Blu),” delivered in Italian. He took reflective strolls on the title track and “La Rosa,” before picking up the pace for later cuts such as “Sunset.” There’s even previews of what YMO would be doing later that year on songs like “Mood Indigo” and “Elastic Dummy,” both featuring jittery synthesizer notes that add some technologic tension to otherwise easy-going numbers.

Renewed interest in city pop, particularly outside of Japan, has increased interest in albums like Saravah! Hints of that sound come through in Takahashi’s cosmopolitan European influences—as does the presence of city pop cornerstone Tatsuro Yamashita—but it isn’t quite how the artist behind the album sees it. “I wasn’t interested in the term ‘city pop’ as it was used in the ‘70s. Is Saravah! now part of that genre? I think that’s a misunderstanding, but in a good sense.”

More importantly, the international release of Saravah! allows listeners to see how Takahashi’s approach to music eventually bled over to YMO. Before their debut came out in the fall of 1978, each member of YMO put out a solo album—Hosono’s Paraiso and Sakamoto’s Thousand Knives Of, the prior released for the first time internationally last year and the latter getting the same treatment from Wewantsounds later this year—that highlighted different musical ideas that would fully bloom in the techno-pop trio.