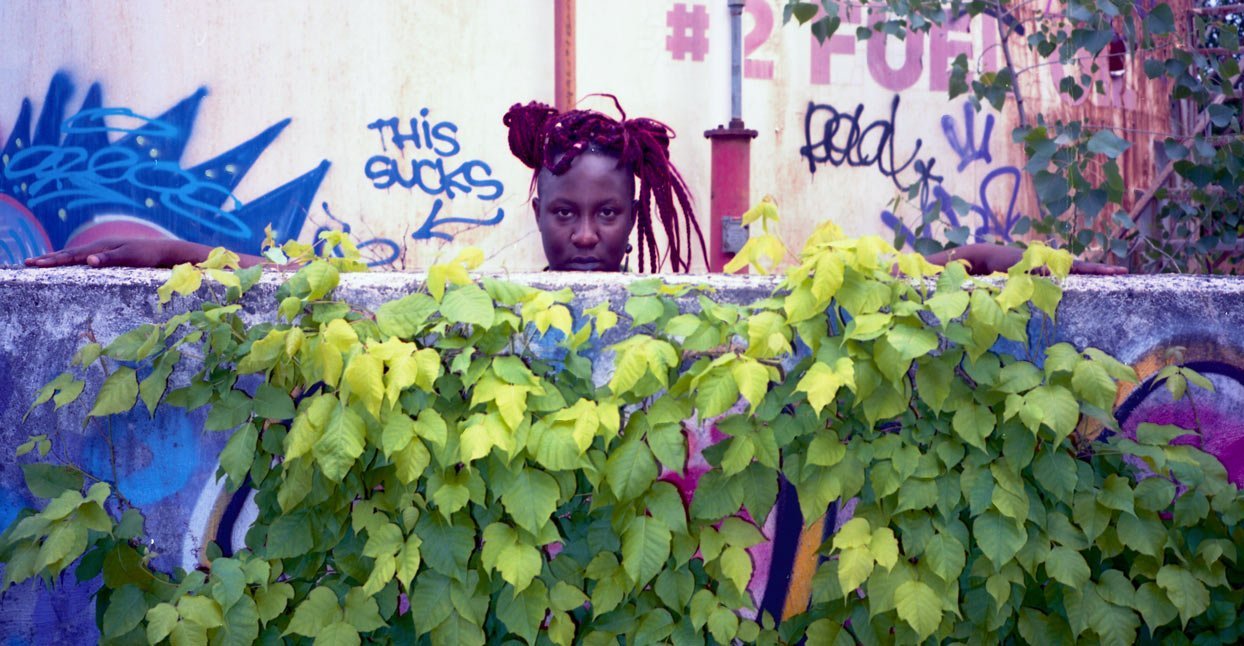 The word “wahala,” which means “trouble” in Krio and Nigerian Pidgin, is used to describe a feeling of unease, discomfort, and dissatisfaction. That’s partially why YATTA decided to make that word the title of their beautifully jarring new experimental album. “This album feels like a bloody baby just came out of me,” they say. “And I think it’s ugly and beautiful and angry and mean and sweet and real.” YATTA, aka Sierra Leonean-American multidisciplinary artist Yatta Zoker, says that they liked the expansive, exclamatory feeling of the word’s phonetics. The accompanying collection of songs lives up to the word’s promise—it’s not only an exclamation of unease, it’s also the sound of bearing witness.

Throughout the 11-track album, YATTA speaks, shouts, croons, and wails over a kaleidoscopic backdrop of looped samples, stretched-out synth lines, and brief flashes of analog instruments, like piano and guitar. “I Google ‘impending doom’ to feel assured I am not the first to feel this way,” YATTA recites over church-like keyboards on album opener “A Lie.” Later, on “IWDFG,” they offer a haunting repeating mantra: “I will feel joy / I will feel good.” Throughout, YATTA underscores their confrontational lyrics with digitally derived voice modulations that explore a range of emotions, from wounded to defiant to humorous and back again.

For YATTA, the album developed from their growing understanding of their gender, acknowledging and speaking to the various voices and identities inside of them. “Having multiple voices inside of me, multiple people with different genders—I didn’t realize that I had that in me until I started giving them voices out loud,” they say. “They started to tell me their stories, and how living in this society has affected them through time. And they started to become more playful once they realized that I was listening to them and taking them seriously.”

Born in Houston, YATTA spent part of their upbringing in Saudi Arabia before returning to the States—at first for school, then permanently. Having grown up listening to pop, rock, and jazz and singing within the privacy of their home, their desire to start a band pushed them to learn music production in 2015. Their first album came soon after, 2016’s Spirit Said Yes!, and it explored the concepts of home and belonging. “That one felt like just a quick poop. I didn’t think about it, I just did it,” they remember with a laugh.

At the same time, YATTA was taking an online class with writer and disability justice activist Leah Lakshmi. There they began, for the first time, to write about their bipolar diagnosis, and recorded the resulting poems using a loop pedal. “I sat with them for a long time, because they felt too raw,” they say. “Which was excruciating, ’cause I’m pretty impatient. But I wanted to give it everything I could. I realized that I was learning and that I could learn more if I slowed down.”

YATTA then went on to record vocal tracks—this time, without the loop pedal or any other digital tools. The result, WAHALA, combines those seemingly oppositional processes and perspectives into a wide-ranging, experimental record that reflects artist’s self-excavation of gender, blackness, and trauma, as well as buoyancy and light. Members of YATTA’s creative community, including techno-pop producer Eartheater and electronic producer/DJ Tygapaw, contribute, as does YATTA’s brother on a recorded conversation that pops up on the ambient track “Galaxies,” which is about moving through a world that meets black masculinity with fear and violence.

It took YATTA four years to complete WAHALA, which is dedicated it to their family—and particularly to their mother. “I think there’s a diasporic ritual of sharing your story for your family so that you can say you did something with what they gave you,” they explain. Looking back, though, they can also see the process of creating “wahala” also helped them to make broader connections, using their music to open up conversations about trauma and gender with those around them. “I didn’t go into it thinking, ‘Oh, this is going to help me find people,’” they say. “Just playing shows and being honest with myself helps me find people who have the same truth as me.”