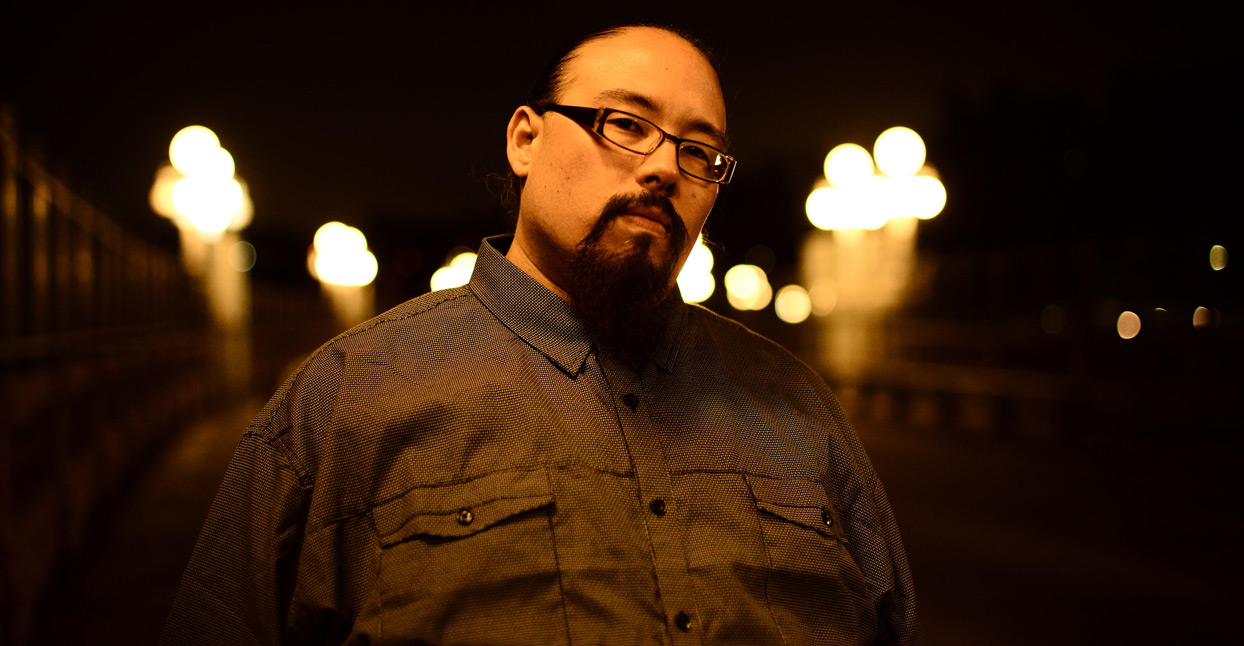 Dam-Funk catalyzed Los Angeles’s modern funk scene in the late ‘00s, releasing records like the canonical Toeachizown and spinning rare vinyl at his beloved but now defunct weekly, Funkmosphere. When producer/singer/rapper XL Middleton discovered Funkmosphere, he found an audience for the music he had been making in secret—a community equally captivated by shimmering keytar solos and the robotic talkbox warblings of Roger Troutman.

“When I started making modern funk records, it was something I kept to myself… I was used to putting out rap records,” Middleton says, reflecting on the albums he released via his first independent label, Crown City Entertainment. “Finding the modern funk community was a huge thing for me.”

Today, the 37-year-old Pasadena native is a central figure in L.A.’s modern funk scene. The co-founder and head of MoFunk Records, which issues everything from the helium-pitched, narcotic-riddled narratives of Zackey Force Funk to the R&B-influenced funk of Pasadena singer Moniquea, he also produces many of the label’s releases. When he isn’t performing or working his cramped, record-filled studio in Glassell Park, Middleton helms Salt Box Records, the funk-centric record store he opened in Chinatown in 2017. Plus, he also co-hosts/DJs monthly club night Pop Lock Funk at Melody Lounge (across the street from Salt Box) and organizes the annual Modern Funk Fest. Without Middleton’s label and events, L.A.’s modern funk community would be woefully bereft.

“There’s a huge void that’s been left [since Funkmosphere ended],” Middleton explains. “A lot of us have been trying to start our own things. It’s not easy. That’s for sure.”

2 Minutes Till Midnight, Middleton’s latest MoFunk solo release, is the best album of his decade-plus career, a brilliant synthesis of the two sides of his catalog. Rooted in decades of music created in and popularized by L.A., it’s one of modern funk’s first rap albums, comfortably riding the median between funk and G-funk. With features from Zackey, Moniquea, and G-funk luminaries Domino and Kokane, the songs are equally primed for backyard BBQs and roller rinks. But, more than anything, 2 Minutes Till Midnight offers a nuanced depiction of life in L.A.’s rapidly changing, smog-shrouded sprawl.

“We’ve got decades of music where we’ve covered dancing and being in love,” Middleton explains. “I think [exploring other topics] is going to be one of the factors that determines whether [modern funk] is going to be a lasting thing that people look back on and remember instead of something they rediscover.”

For those unfamiliar with the sound of  “modern funk,” the Middleton-produced instrumentals on 2 Minutes Till Midnight are the perfect primer, a deft amalgam of P-funk, ’80s boogie, and G-funk. There are P-funk’s thick, rubbery bass lines that hit your gut (“Trippin”); glinting synths imported from ‘80s boogie that pump dopamine from your cortex with every squiggle and squeal (“PTL”); drums that harken back to those of G-funk auteurs like Battlecat, knocking so hard they could make a corpse pop and lock (“Where We About to Take It”). It’s music that makes you feel as though all of L.A. is a sand-covered coastline forever backlit by lava-lamp sunsets, a place where people cruise past gently swaying palm trees in floating, Wonka-colored Impalas instead of gritting their teeth as they inch their cars past three car pile-ups and homeless encampments.

Lyrically, Middleton captures this cognitive dissonance. There are several love songs—including “I Don’t Want to Wait,” which hilariously chronicles the difficulty of dating a partner who lives several freeways away in L.A.—and those with lyrics that celebrate the scenic parts of the city (“Since I only got sixteen to summarize / It’s tempting to talk about palm trees and summertime” on “What She Sounds Like”). But he tempers those songs with others that grapple with far bleaker realities. “Gentched Up,” for instance, tackles gentrification and the affordable housing crisis that’s contributed to a 12% increase in homelessness in Los Angeles County in the last year. It’s a knotty issue, but Middleton doesn’t spend his time pointing at faceless hipsters. (“In the city with no rent control / It’s where it’s less than ethical / Hit ‘em with the eminent domain and your home turns to rubble,” he sings on “Gentched Up.”) Instead, he analyzes the erection of exorbitantly priced condos and the influx of tech money as fair mindedly as anyone who’s watched friends and neighbors forced out of their life-long residences.

“The song was in my mind for a about a year or better before I wrote it down. Primarily, I was thinking about Echo Park, Silver Lake, Highland Park, Boyle Heights, and Downtown L.A. But I also realize it’s happening in every city. I tried to write it from that perspective.”

Short of dismantling capitalism, Middleton doesn’t have a solution to the forces shaping and erasing cities all over the U.S. For now, though, he’s optimistic about the future of modern funk and the role that its lyrically-inclined iterations can play in movingly documenting all there is to love and lament about L.A.

“The modern funk scene is just beginning to get out of the all instrumental phase. There’s grooves that might make you dance, but you need words for the music to really mean something to you. I think modern funk was missing that for a while.”