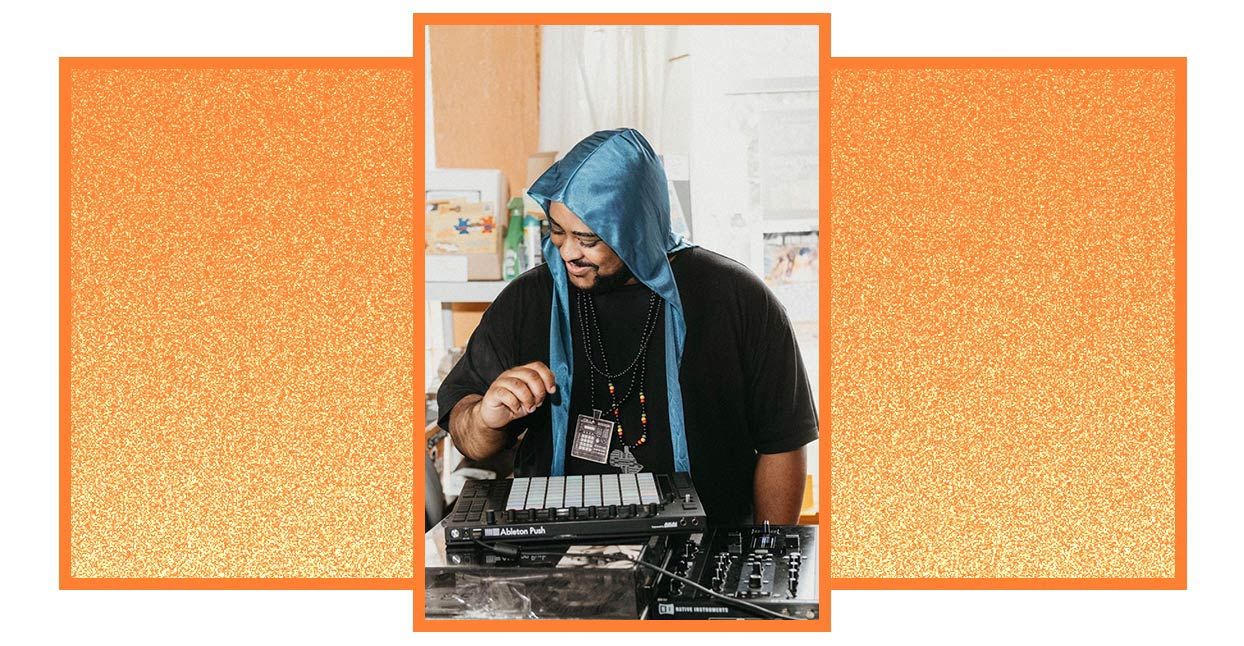 Like a lot of young producers whose ambition exceeds their budget, when rapper/producer/DJ Wino Willy (born Charles Corpening) first started experimenting with music-making as a teenager in Edison, New Jersey, he had to get creative. “I used belt-drive turntables, mixers, and random early equipment to make primitive hip-hop beats,” he says. “Then, I strung them together in Audacity. I kept polishing until I started to get decent.”

Corpening was a hip-hop head from an early age (he remembers hearing his father play De La Soul’s psychedelic classic 3 Feet High and Rising when he was a toddler), so it’s not surprising that he’d eventually gravitate toward making beats himself. But it was a trip he took while still in High School that would widen his circle of collaborators far beyond his New Jersey home, and would impact the direction of his art for years to come.

“I was 17 years old, going on 18, when I moved to China,” he explains. “I went to a summer program where the professors saw my ability to pick up the language. They suggested that I try and live abroad to help me become fluent. I was the first person to leave my high school and graduate in China. I moved to Beijing, and linked up with the hip-hop scene out there. I met cats like Nasty Ray and my guy Jerry [Vertigob,] who helped me to polish my rhyming and production, as well as my DJing live beat sets.”

Eventually, Corpening became something of a fixture of the local community. ”I started collaborating with artists like singer/producer Yehaiyahan [aka ChaCha],” he says. “Yehaiyahan hosted a night at this club in Shanghai, The Shelter, which was a World War Two bomb shelter that got turned into an electronic and hip-hop venue. We played with artists like Ceezy—who was an avid MPC user and boom-bap beatmaker—and Nasty Ray, a freestyle battle MC who idolized artists like Big L. These groups and scenes helped me to hone and work on my craft. I was using an SP-404 [sampler] at the time, and [those guys] helped me to craft a sound.”

When he moved back to the States in 2017, Corpening took up residence in New Orleans. One year later, he released the Transit EP, a gritty, lo-fi take on ‘90s hip-hop and soul that he’d made with vocalist Brandi King. He began forming friendships with a small circle of New Orleans-based producers, which resulted in the founding of Bag Season. Part artist collective, part indie label, Bag Season perfectly captures the city’s progressive underground hip-hop sound. “Bag Season is AFKA, deliciousbeets, friendkerrek, and myself,” says Corpening. “We linked up at Dolo Jazz Suite events around New Orleans and felt a similar energy. We decided to create some events for the city, in the form of Counter Sessions at Sea Cave and the Sequence [live beat] series. We also released my EP Paper Bags, and Fireplace Love Mix by AFKA and friendkerrek.”

The also released Burlap, Corpening’s latest LP which features inventive production from Corpening himself, as well as Bodega Brown, DJ Manipulator, and his Bag Season comrades friendkerrek, delisciousbeets, and AFKA. The songs on Burlap are anchored by percussion-heavy rhythms, which are twisted and obscured through a dense thicket of jazz samples. As an Wino Willy, Corpening favors a loose, stream-of-consciousness flow, which he uses to deliver lyrics that reflect his perspective as a global nomad.

The camaraderie of the Bag Season collective—as well as the New Orleans’ underground rap scene in general—is evident throughout Burlap. Opener “Levar Burton” was produced by Prospek, and has an old-school sound that’s not too far off from Wino Willy’s East Coast, De La Soul roots. “Suis Generis” (featuring Calamity) is a showcase for Willy’s stream-of-consciousness flow, featuring lyrics like, “Born a sinner, die a sinner from Jan to December, hot summer, cold winter.”

In some ways, Burlap feels like a culmination of Corpening’s world travels, its songs chock full of the varied influences and bugged-out, trippy sound he’s developed. “Burlap is a journey. It examines a myriad of Black experiences,” Corpening says. “From the financial angst and political discontent on ‘G money’ to coded metaphors about race relations on ‘Suis Genris.’ The album is a look back on my experience as an African-American male, trying to navigate this trapped landscape.”