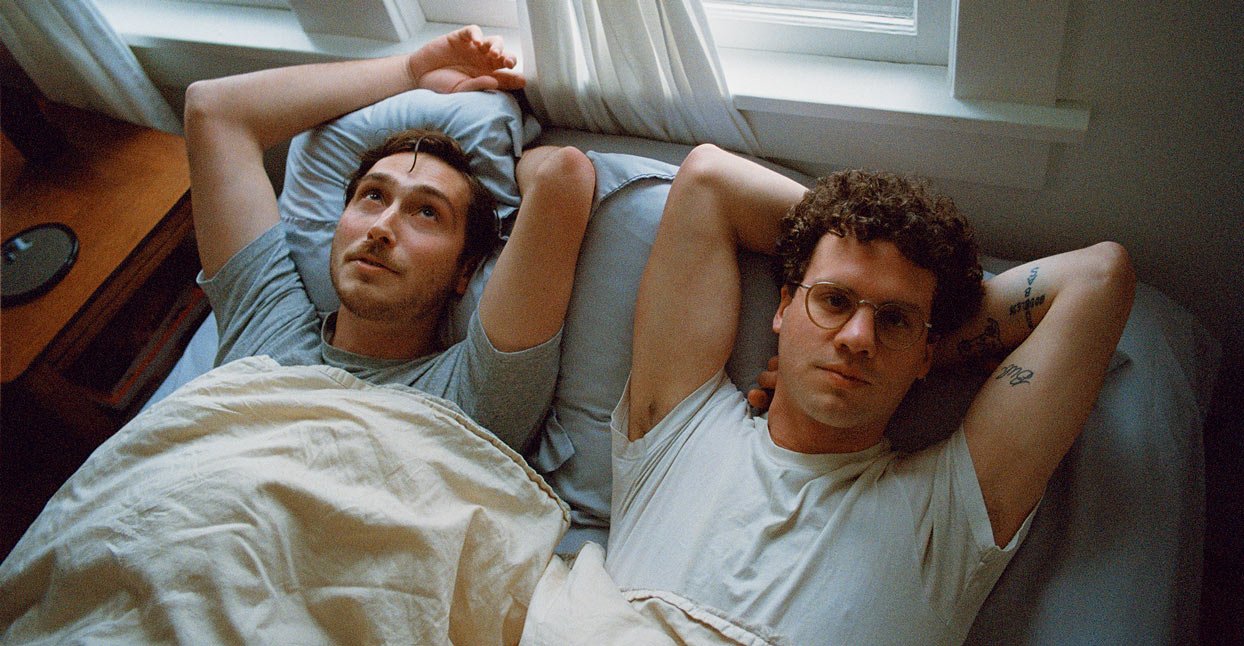 Whitney’s Max Kakacek and Julien Ehrlich have known each other for more than a third of their lives. They’ve been making music together for nearly 10 years, first as members of Smith Westerns, and now as Whitney. Together, Ehrlich and Kakacek have weathered a decade’s worth of change, and their sophomore album, Forever Turned Around, reflects that.

Like their previous album, Light Upon the Lake, Forever Turned Around is about relationships. The band wrote Light Upon the Lake while Ehrlich and Kakacek were recovering from breakups, and the music channeled their turbulent emotions into an album that unmistakably speaks of heartbreak. Three years later, Whitney has gotten a little subtler—the band’s recent work depicts the slow changes in both romantic and platonic relationships that come with settling into adulthood. Though songs like “Giving Up” may track initially as breakup anthems, the reality is more complex. Forever Turned Around is, at its heart, an album about commitment—to friends and bandmates, as well as to romantic relationships. “We’re at the age when friends are drifting away a little bit, and holding everything together really has its ups and downs,” says Ehrlich.

Musically, the band has evolved since their last release. Though Forever Turned Around has a similar slow, back-porch-listening ease as Light Upon the Lake, Whitney’s new work offers a fuller sound. After three years of near constant touring, the band settled into their “groove,” attempting more complex arrangements—most notably on the extended instrumental interlude that closes out “Rhododendron.” It’s not a huge shift in genre, but rather the band perfecting their distinct sound. “I think the musicianship has definitely grown,” says Ehrlich. “Looking back to the first record, we really hadn’t developed any sort of identity as a full band. I hate the world ‘groove’ or ‘grooviness,’ but there’s a learned or more different sense of rhythm on this record.”

“Used To Be Lonely” highlights Ehrlich’s characteristic falsetto, opening with piano and soft guitar accompaniment before weaving in brass and swelling orchestral strings. “My Life Alone” is a sunny ode to an imagined solitary life in nature, featuring roots-rock guitar riffs; “Friend of Mine” conveys a similar warm tone in its ambling country-style bass and slide guitar. Forever Turned Around is lyrically straightforward: on “Song For Ty,” Ehrlich pleads for permanence, singing, “Tell me everything stays the same / Will we meet again down the way?” and echoes a similar sentiment on “Valleys (My Love)”: “I feel like I’m holding on to a place in your heart that’s long gone.” That transparency took time—though the band never took a break during the years between Light Upon The Lake and Forever Turned Around, Ehrlich and Kakacek felt that they needed things to settle after the chaos of constant touring before they could write anything that felt significant. “We didn’t make any real progress until about a year after we stopped touring—we basically started writing mid-2018,” says Ehrlich. “We had a lot of musical ideas that we were throwing around, but we didn’t really come up with heartfelt vocals until later in the process.”

The title Forever Turned Around is an ode to change. It’s ambiguous, but the band picked the title explicitly for its lack of a clear meaning. “I think the first thing one would think when they hear the title is a bit of confusion, a record about disorientation or something,” says Ehrlich. “But for us it’s more about the concept of whatever the word forever means to you literally turning around and ceasing to exist, and making peace with that.” Though the songs on Forever Turned Around are Whitney’s most intricate to date, the band was careful to make sure they aren’t hiding behind the elaborate arrangements. “We were checking all the time to make sure when you strip it all back and it’s just acoustic, that the songs still hold up,” says Ehrlich.

“Has your heart grown heavy by now?” Ehrlich sings on the title track, the last on the album. Out of context, this could easily read as an inquiry to a distant lover, but the band’s intention was directed towards a different party. “It kind of felt like we were posing the question to whoever listens to our entire record,” says Ehrlich, explaining that the album is intended to have wider applications than merely addressing a failing relationship. “It’s almost like a loss of innocence record. I feel like living in this country, especially, we’ve all seen some things we can’t unsee.”