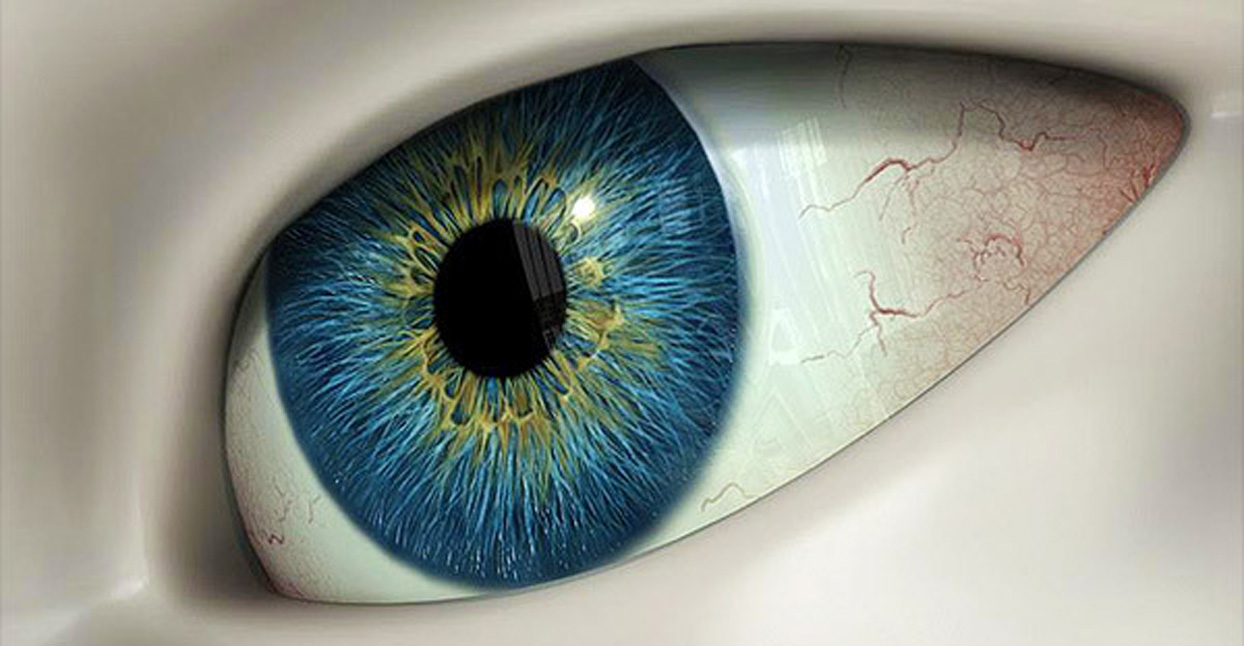 “The ideological and philosophical themes behind my work come from a personal place—kind of a quarantine zone in my brain that I don’t let people into.”

For many years, the development of musical genres was often tied to location: Seattle grunge, New Orleans’ jazz, Detroit soul and funk. Then came that great disrupter, The Internet, which removed geographical proximity as a requirement for the transmission of musical ideas from one person to another. Potential innovators now broadcast their music to the world without intermediaries, potentially becoming the sole vector and locus for an entire musical scene.

Aside from the recent emergence of PC Music, nowhere has this potential been more fully realized than by producer Ramona Andra Xavier. Better known as Vektroid (or Macintosh Plus, or New Dreams Ltd, or PrismCorp Virtual Enterprises, or Laserdisc Visions, dstnt, or 情報デスクVIRTUAL) she, more than any other producer, has been responsible for putting vaporwave on the musical map. With such cult-beloved albums as Floral Shoppe, 札幌コンテンポラリー, and Sleepline, she introduced the world to hypnagogic screw music and reappropriated commercial muzak before ever stepping out of her bedroom, creating albums whose surreal trains of kitschy synths and slo-mo plunderphonics double as comments on our overly-mediated 21st-century existence.

Her relationship with vaporwave isn’t as simple as the label would suggest. Not only were early forays like 2005’s “NolemN Single” and 2009’s “Fraktalseq: Blossom” more techno- and IDM-influenced, but the producer admits that she, “definitely used to struggle a lot with the idea that my work was being put into a box.” Given that her body of work extends far beyond the ironic, consumerist virtual reality that’s become synonymous with vaporwave, her resistance was understandable. “People were just organically trying to break [my music] down, understand it, and find more like it.”

She doesn’t claim to be the genre’s originator, half-jokingly declaring that “Ryuichi Sakamoto invented vaporwave 30 years ago,” but it was through her work that vaporwave evolved into a fully-formed aesthetic and philosophy. Unsurprisingly, this evolution was significantly informed by video games, which she confesses were, “a pretty major influence for me very early on, culturally speaking.” In particular, she was acutely affected by “I Love Bees,” a 2004 alternative-reality game (ARG) that used “hacked” websites, internet communities and IRL tasks to blur the lines between reality and fiction.

It was in such line-blurring that Xavier found the inspiration for the motifs of virtuality and hyperreality that would later characterize the wave of albums she released, under various pseudonyms, between July 2011 and August 2012. Beginning with the antiseptic sunshine of New Dreams Ltd. and ending with the cerebral darkness of Shader, Xavier broke from the “fusion of digital hardcore/breakcore/industrial” that defined her first year or two in music. Instead, she collaged slowed-down vocals, dreamy synths, chopped-up big-beats and long-lost samples of commercials to produce sound-worlds that were meant to represent how artificial the postmodern world had become.

However, while the likes of Floral Shoppe and 札幌コンテンポラリー depict the bizarre horror of a consumerist culture by evoking a reality that doesn’t exist, Xavier isn’t as dismissive of the modern world as it might seem. She affirms that her “biggest influences are mostly non-musical at this point,” including “Marble Hornets [another ARG], Satoshi Kon, Namco games, deep web and conspiracy theorist culture, [and] transhumanist fiction.” All of these revolve around alternative ways of perceiving the world, so much so that it’s tempting to think Xavier appreciates “consumerist culture” less as something to analyze from a distance and more as something to enjoy in its own right—something that opens up new ways of living. In fact, such an openness to unusual modes of existence squares with her description of herself as a misfit “synth nerd,” someone who has “more or less been the ‘weird kid who is way too into computers’ my whole life.”

In the end, it’s because she’s grown used to seeing herself as a geeky outsider that she finds it oddly poetic “that this weird nerdy string of ideas I set out to present in the most uncool way possible is now becoming a blueprint for actual fashion-driven brands.” While corporations like MTV and Tumblr have indeed ripped off a vaporwave aesthetic (which was itself based on ripping off corporate aesthetics), Xavier is increasingly edging away from the genre’s touchpoints. Her most recent releases—Shader, as Sacred Tapestry, as well as Initiation Tape and Sleepline, as New Dream Ltd—transport her template into richer, denser, and more evocative territory. Shader, in particular, is an absorbing, introspective stream of blackened keys and penetrating ambience that supports her claim that, “the ideological and philosophical themes behind my work come from a personal place—kind of a quarantine zone in my brain that I don’t let people into.”

All three records suggest a possible direction the producer may take with her upcoming album No Earth, which she describes as, “the most monumental and personal project I’ve ever embarked upon.” Even if they don’t, they still stand as a testament to an incredibly deep and influential body of work, one that—even now—transcends the genre it almost singlehandedly brought to our attention. She’s also got a new collaborative release imminent with rapper Siddiq that they’ve been working on together since 2013, an album written and developed in the liminal spaces. “Most of the beats were made during flights, in airports, on trains, buses, etc.,” she says.  “Whenever I’m in transit for a long time I always wind up making something, but it generally stays pretty rudimentary till I get home—the mixing/mastering is typically a sprawling mess when I make stuff in those circumstances, but I think we got everything sounding really amazing.”