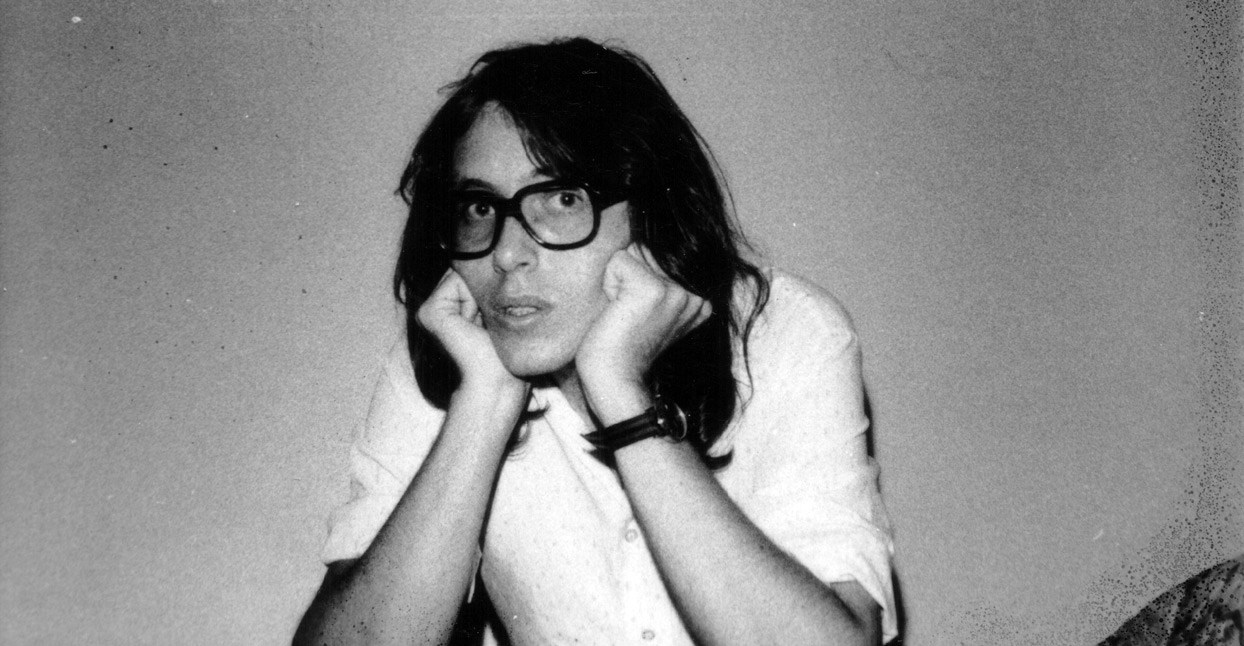 “I’m not one of those people who dwells on the past very much” isn’t the first thing you expect to hear from a man whose 1978 debut album is at the center of a new documentary. “That was the strange part to me, to celebrate something that happened 40 years ago,” says Van Duren about Are You Serious?, the record that commands the undying affection of ’70s power pop obsessives, but has otherwise slipped between history’s cracks. Wade Jackson and Greg Carey’s film Waiting: The Van Duren Story and its soundtrack album, however, aim to right that wrong.

In the first half of the ’70s, Duren was one of the most promising talents on the Memphis rock scene, along with power pop compatriots Big Star. He was even invited by Big Star drummer Jody Stephens to audition for the band after singer/guitarist Chris Bell’s departure, though the match was somewhat star-crossed. “It was a disaster,” Duren rather less diplomatically recalls. “I wasn’t a lead guitar player. Jody thought my vocal abilities and songwriting would really help the band in the direction he wanted to go. Meanwhile, they were cutting [dark, offbeat album] 3rd, which obviously had nothing to do with anything that I’d ever jump in on.”

Nevertheless, Duren seemingly never left Stephens’s mind. “When Big Star was kind of crumbling, he reached out to me and asked me if I wanted to do something,” remembers Duren. At Memphis’ legendary Ardent Studios, the pair cut demos of several Duren tunes. With famous admirers like Rolling Stones manager Andrew Loog Oldham in his corner, Duren eventually cut a deal with a tiny label out of Connecticut and released his debut, Are You Serious?, in 1978.

The record introduced a man with a plaintive voice and an unerring knack for the almighty hook. The stomping riffs of “Chemical Fire,” the yearning piano balladry of “Waiting,” and the McCartney/Rundgren vibe of the pumping pop-rocker “Grow Yourself Up” reveal an artist already fully matured in his mid-20s, bouncing off the same basic musical touchstones as his Big Star buddies but processing his influences in an utterly personal way. Though it earned some great reviews, it pretty much sank into obscurity, and when the follow-up album was scuttled in 1980 due to acrimonious label relations, Duren’s promising career seemed to flame out.

“It was a very dark situation and it was very tough to get through that,” says Duren. At that point, he pretty much dropped below the radar of the wider world. Some three and a half decades later, Sydney singer/songwriter Wade Jackson and his friend Greg Carey discovered Are You Serious? by accident. “It was everything I love about music,” says Jackson. “I was completely hooked; within a week, that was all I was listening to. I heard Big Star in there, I heard Todd Rundgren, and McCartney of course, I also heard that Emitt Rhodes thing, and I just felt like it was exactly what I was looking for. And the delivery of the vocal, I think, is so genuine. There’s something about the desperate delivery that I love. It’s very real, in my opinion.”

Jackson and Carey were so flabbergasted they decided they had to tell Duren’s story in a documentary despite having zero film experience, learning as they went. “Being so naïve about how it all works is probably what got me through it,” Jackson says.

But Duren’s been burned enough to operate from a place of caution when people approach him about his music. “Every now and then people reach out to me on social media,” he says, “and I’m pretty wary of it because many times it doesn’t go well, for whatever reason.” Consequently, he remained guarded when first-time filmmakers Jackson and Carey first emailed him from Australia. “It took a couple of months for Van to want to chat with us on the phone,” confirms Jackson. Over time, though, the well-intentioned Aussies earned Duren’s trust, and came to Memphis to meet him.

They eventually learned that while Duren never earned national attention, he never quit recording and performing. In the ’80s he formed Good Question, earning regional renown. “We started in August of ’82 and the band ran for 17 years,” Duren says. They released two albums and had a local hit with “Jane.” “Good Question almost immediately became one of the most popular live bands around here,” Duren remembers. “We worked all the time. It was the first time in my entire career I worked enough to actually go in the black.”

After the band’s breakup in 1999, Duren kept working, releasing duo albums with fellow Memphian power pop hero Tommy Hoehn, as well as subsequent solo records and collaborations with others. “It was a real shock, to be honest,” says Jackson about learning of Duren’s post-’70s output. “It was great to hear that he’d never given up on writing tracks and releasing albums. We like to call it the music disease—once you’re struck with it, it’s there to stay.”

Hidden in plain sight, Duren paradoxically wasn’t even well-known enough to really be considered a cult hero. “In my experience,” he explains, “if you can rise to the level of what they call ‘obscure,’ then that’s some level of success. You do it because you feel compelled to do it, and it’s not because you’re trying to please anybody else.”

Jackson and Carey’s film is a compassionate portrait of Duren’s rocky road through the music business, and even the buzz over its first few festival appearances has already brought Duren more attention than he’s had in decades. Equally important is the release of the soundtrack album, containing early Duren gems, Good Question material, and even one of those Duren/Stephens demos.

Boutique reissue label Omnivore, renowned for its Big Star-related releases, turned out to be the perfect home for Duren’s music. “They did such a wonderful job,” Duren enthuses. “The mastering on that soundtrack album is phenomenal. Never in my wildest dreams would I think that those recordings would sound like that.”

Jackson and Carey helped facilitate not only the soundtrack’s release, but a publishing deal for Duren with Australia’s Native Tongue Publishing, as well. “It’s excellent for Greg and I,” says Jackson, “because we were so heads-down in this project we’d sometimes go, ‘Is the music as good as we think, or are we going crazy?’ Having a great label like Omnivore and a great publishing company like Native Tongue get behind it [we feel like], ‘Yeah, we’ve done the right thing.'”

The film’s sold-out premiere at the Indie Memphis Film Festival on November 3, 2018—complete with a five-minute standing ovation at the end—was a full-circle moment for Duren. “It was really heartwarming and very surprising to me,” he says. “After the showing we walked across to a different theater where we had set up for a live performance, and we did about a 45-minute set of songs from the film with a band, including my son on drums.”

Full theatrical releases for both Australia and the U.S. are in the works for the film. Duren’s future plans include recording new songs and taking his live show to audiences beyond his hometown. “I’m very grateful to Wade and Greg for finding me,” admits the once-wary songsmith, “because I wasn’t looking for this, I didn’t seek it out. That made it very pure to me, very honest. I’m grateful for that more than anything. Meanwhile, forward. There’s more to come, absolutely.”