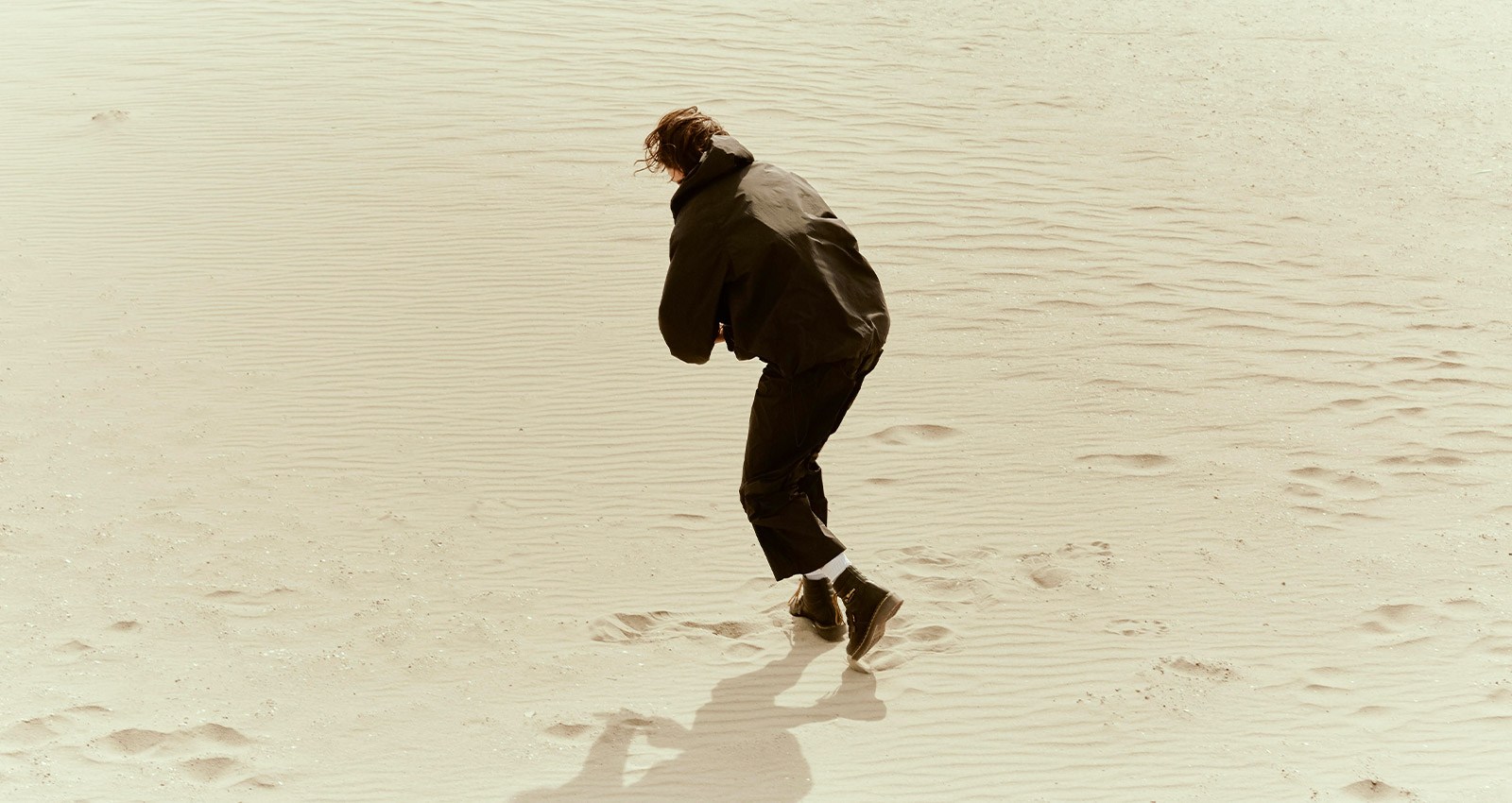 Thessa Torsing is already working on another album. Thanks to the pandemic, her life as a touring DJ has been put on indefinite pause, so she’s spent the past few months camped out at home in Amsterdam, filling her days with lots of reading, running, and music-making. “I’ve always enjoyed solitude,” she says. “I really do enjoy being a DJ, but I also need some time to recharge.”

That sentiment is at the heart of Torsing’s new debut album as upsammy. Entitled Zoom, it’s a dreamy, light-filled album, conceptually rooted in the idea of taking a closer look at her surroundings and absorbing things that might otherwise go unnoticed. “I like going on little adventures,” she says. “I really enjoy just driving somewhere and stopping in a random place to see what’s happening there.” An unabashed nature enthusiast—if music wasn’t an option, she names landscape architecture and garden design as potential dream jobs—Torsing feels there’s something uniquely soothing about these moments of quiet observation, and she sought to recreate that feeling on the album. “I wanted an environment I could step into and feel nice,” she says.

More specifically, each track on Zoom is tied to a distinct memory. She made “Extra Warm” while suffering from a bad fever, and “It Drips” includes a field recording of some running water she spotted while taking a walk in Iceland. “Melt in My Heated Hands” was inspired by the simple act of holding a block of ice in her hand; the experience is documented on the album’s cover, and beyond the physical sensation of the ice melting, it also triggered an emotional response. “It’s almost a symbol of transience,” says Torsing. “Things fall apart and get built up again, kind of like a rhythm. For me, that was an interesting concept to work with, because everything around us has this kind of rhythm. It keeps flowing, it’s ephemeral.”

Torsing has been involved in dance music since she was a teenager, and despite her admitted introvert tendencies, she actually loves going to parties. “I think the reason why I enjoy clubs so much is that you are with people, but it’s in a very spontaneous way,” she says. “You don’t really have to talk to someone, you don’t have to do anything. You can dance on your own, but you’re still with people. You can decide, ‘Do I want to have a social evening tonight or do I just want to listen to music?’ It’s kind of like a social playground where you can do anything you want.”

Amsterdam’s beloved De School is the club where Torsing has probably spent the most time, and her residency there has certainly helped fuel her rapid ascent through the DJ ranks during the past few years. (A series of well-received EPs on labels like Nous’klaer, Whities, and Die Orakel has also helped.) De School provided her with a place to grow and learn as an artist, but she also admires how its reach and influence go beyond the confines of the dancefloor. “It’s not just the club,” says Torsing. “It’s also all the cultural evenings and exhibitions, and the different kinds of creative people you meet there. It’s not only been nice for my career; it’s also been nice to see what such a place can contribute.”

Zoom, however, wasn’t created with De School (or any club) in mind. Torsing prefers to keep her DJing and production work separate, and instead sought to fill the album with translucent textures and lots of melody. It’s not an ambient record, but the drums and percussion on Zoom owe a lot more to classic IDM than modern techno or the leftfield electro sounds Torsing is often associated with. She cites artists like Autechre, Plaid, and B12 as influences, along with more contemporary acts like Alexi Perälä. “I really like what he makes because it’s so light, but it can also be kind of harsh,” she explains. A similar dichotomy colors her own work, especially in the DJ booth, where she takes pride in being adventurous. “That’s the kind of DJ that I want to be,” says Torsing. “I wouldn’t necessarily say that I want to challenge people; it’s more that I want to give them something unexpected.”

For now clubs remain closed, and Torsing’s creative impulses are being channeled into her own music. Aside from new upsammy material, she’s also working on a still-unnamed side project that uses only her guitar and drum samples. Additionally, she’s excited to finally share Zoom with everyone, despite the circumstances. “I felt kind of hesitant about even releasing it,” she admits, “but then I was like, ‘OK, why should a pandemic stop music from going out into the world?’ The album is kind of meditative, and the whole idea behind it is being more aware of things that you’re not normally aware of. In that way, I think it’s a good fit.”