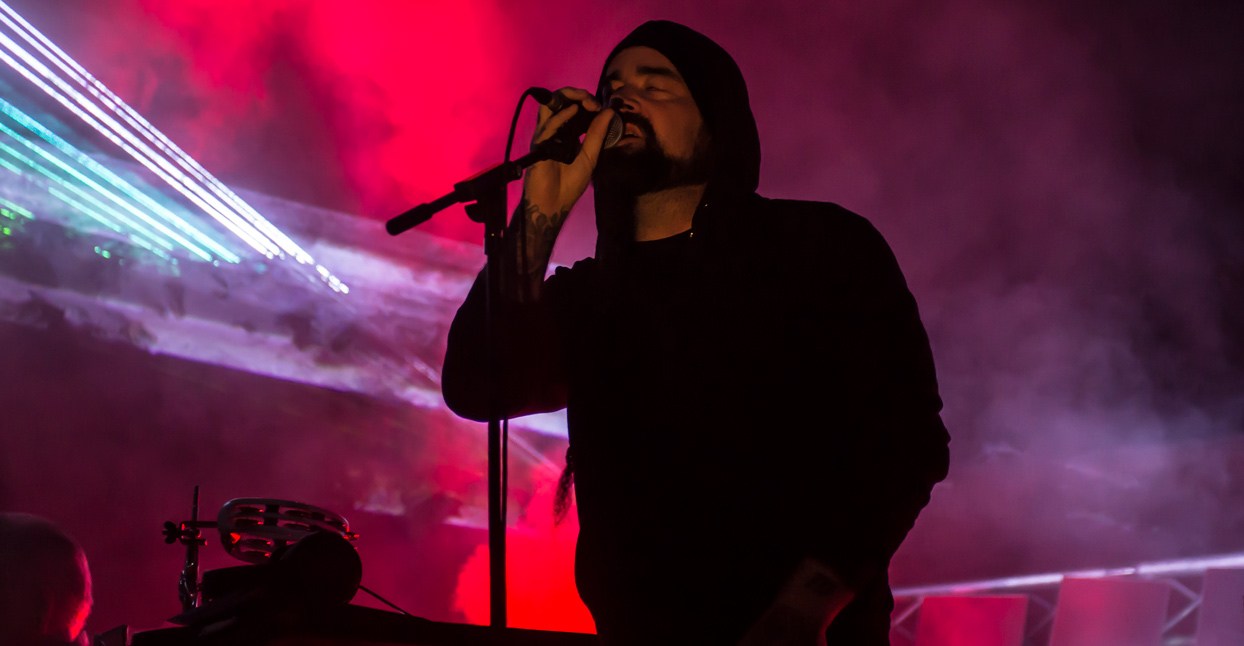 When Ulver began in 1993, they were part of a small legion of Norwegian black metal bands whose brutal music was upstaged by their brutal extracurricular activities. But unlike many of their peers, Ulver steered clear of church burnings and homicide; instead, they turned their energies inward, relentlessly reinventing themselves and amassing a catalog that includes everything from drone experiments to ambient masterpieces, film soundtracks to progressive rock concept records.

Their unusual morphology culminated in 2017’s The Assassination of Julius Caesar, an addictive synthpop odyssey which the band will perform in New York this year on March 21 and 22—their first-ever shows on American soil. According to vocalist and founding member Kristoffer Rygg, Ulver have wanted to play in the U.S. for years but have been constrained by America’s expensive and cumbersome visa process. “It’s a lot of work for a European band to play in the States,” he says. “It’s a fucking insane amount of paperwork that needs to be in order. Temporary worker visas require lawyers and agents; it’s a whole different ballpark logistically compared to booking gigs in Europe.”

Ulver previously attempted a U.S. debut at Maryland Deathfest in 2014 but were forced to cancel due to a health scare. Rygg hopes that the two shows in New York—which both sold out in hours—will make future U.S. appearances possible.

Now, American fans will be treated to Ulver’s most popular material in years—The Assassination of Julius Caesar as well as its companion EP, Sic Transit Gloria Mundi, which the band will perform front to back. In the new-but-influential podcast Radical Research, which exclusively covers avant-garde bands, host Jeff Wagner and Hunter Ginn have called The Assassination of Julius Caesar one of the band’s best records, and Rygg is aware he has a hit on his hands. “The reception has been massive, to say the least,” he says. “It’s struck a chord, or hit the spot for many people.”

Part of the album’s popularity has to do with its pop sensibility. In a discography that mostly eschews hooks for atmosphere, Julius Caesar’s choruses and dance beats represent an easy point of entry—it sounds more like Tears for Fears and Depeche Mode than other Ulver records. Rygg says the album “touches on more classic pop song structures, but also certain production angles—it’s more accessible, basically. I guess it’s easier to just put on in various settings than the album before was.”

Ulver have hinted at this musical direction before; songs like “Christmas” from 2005’s Blood Inside and “February MMX” from 2011’s Wars of the Roses also use pop song structures, and Ulver have covered blockbuster artists like KISS and Prince. (Rygg also released an entire pop-metal album in 2006 as Head Control System.) Rygg says Ulver have long been pop devotees and, despite their otherwise inscrutable music, they had a Julius Caesar in them for a long time.

“We’ve had tendencies toward groove and sort of pop-shiny moments before, individually and collectively,” he says. “The time just felt right to dive head first into that nostalgia, but at the same time try to incorporate modern studio techniques to achieve these results. It was those two interests combined: studio fetishism and a resurgent interest in that music.”

Julius Caesar maintains the streak of intellectual darkness from the band’s early metal days. Like the murdered Roman emperor that gives the record its name, the album’s lyrics often fixate on idolized historical figures, many of whom were cut down in their prime—the murder of Sharon Tate shares lyrical space with Saint Theresa, the attempted assassination of Pope John Paul II, and Princess Diana.

“You could call us art collectors,” Rygg says of the band’s process. “We collect art impressions, so to speak, and use associative methods to amalgamate these interests or bits of information, be they from literature, paintings or music.” Ulver collect the themes and images of classical mythology as well as pop culture, and reconfigure them as a distinct musical artifact. “Jørn [Sværen, Ulver multi-instrumentalist since 2000] and I will usually write lyrics together, just sit and talk or read and Google and jot things down, and in that process, things pop up and start talking to each other.”

In the writing of “Nemoralia,” for example, Rygg says, “The common denominator was the name, Diana, which we suddenly saw everywhere. We were looking into Nemoralia, the old Roman festival, but also the lake Nemi, Diana’s Mirror, and the Greek goddess Artemis, who the Romans called Diana,” he says. “Oftentimes it’s quite incidental, but it happens almost as a form of textual improvisation.” If that sounds heady, consider that Ulver’s most ambitious record thus far is a two-disc concept album about the writings of William Blake, which features an all-star roster of metal vocalists as spoken word narrators.

Rygg and co. won’t be playing any older material at the New York shows—since he’s the only remaining member from the band’s metal days, he prefers to leave that music in the past. If these two dates go well—and ticket sales indicate they will—Ulver may return, likely with new material. Rygg admits Ulver are halfway done with a new record, but refuses to describe it. Ulver’s eclectic modus operandi keeps the band fixated on tomorrow’s experiments, not yesterday’s successes—even though their recent Roman triumph has put America, at last, in their future.