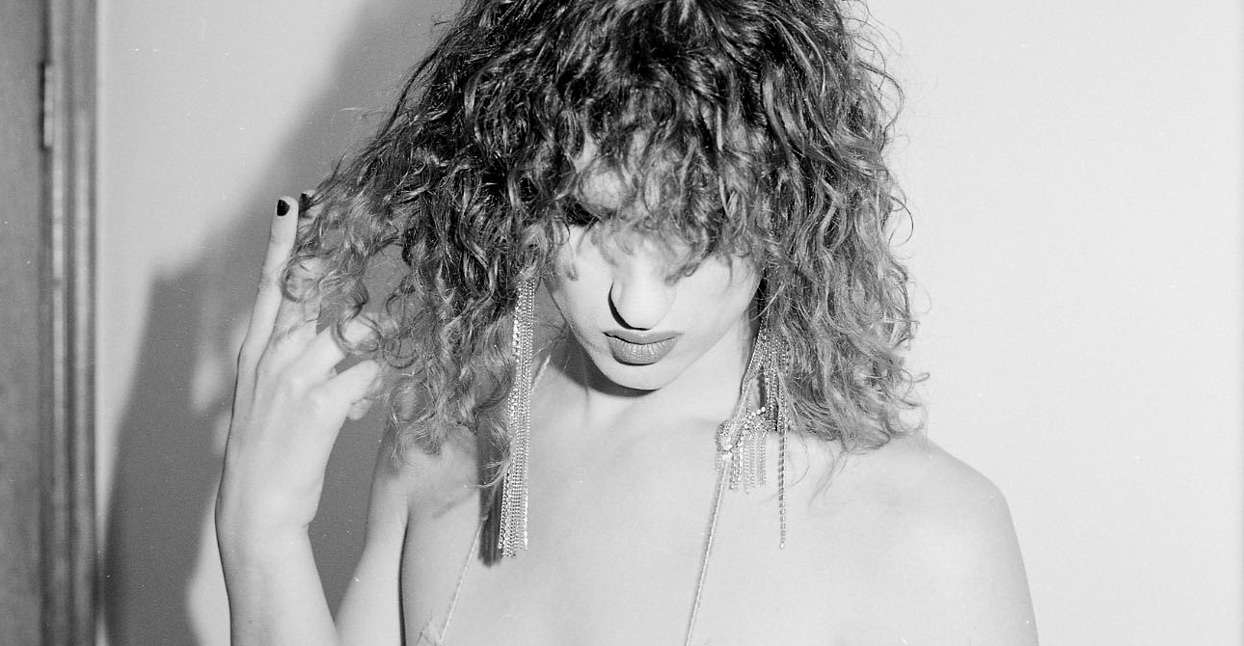 Several times during our interview, Hammel stopped herself to ask if I found what she was saying interesting. From her arranging process with MIDI files to her thoughts on Sondheim’s lyrical discipline compared to the rhymes of Katy Perry, my answer was always yes.

Back in May, you debuted your SondHamm material at Rageaholics, the event you host every Tuesday at Brooklyn bar Macri Park. In between two of the songs, you said something like, ‘This started as a joke that should’ve taken five minutes but ended up taking over a year to finish.’ Do you wanna elaborate?

A year and a half ago, I tweeted something about wanting to do a cabaret-style evening, and my friend Eric tweeted back that the name should be ‘SondHamm.’ I thought that was funny, and then decided that it would also be all Sondheim covers. I whipped up a version of ‘Children Will Listen’ from Into the Woods first. That was fairly easy. And then ‘Every Day a Little Death’ from A Little Night Music was fairly easy, as well, although the arrangement changed a lot over the course of a year. ‘Happiness’ from Passion was really hard. It’s a very challenging song in every respect, and it took a long, long time and a lot of fucking around to make that arrangement work.

What caused those roadblocks?

My music theory is not that strong. I can’t read scores very well, so the way that I work is that I download MIDI arrangements of these songs that I find online. They’re scored music, so you don’t have to start from scratch. Do you know what a MIDI file is?

When I think MIDI file, I think of like mid-aughts cell phone ringtones or orchestral scores from Super Nintendo RPGs. So, no.

A MIDI has no sound. It’s just the note value of the information in the file. It’s just a score that a computer can read. When putting SondHamm together, I began by downloading one of those MIDI arrangements. Sometimes, it would just have the piano score, and I would have to extract lines from it and assign them to different synthesizers. Other times, I would get the full score with every part on a separate MIDI track. Then, I have to ask myself even more questions, like if I want a part for flutes to sound anything like a flute. In the case of ‘Happiness,’ nothing ended up correlating to its original instrumentation. It was a structural nightmare. It had 50 tracks in it, and it was really hard to keep track of them all. Also, none of these songs come with percussion because none of the original songs are arranged to have a drum, period. Stephen Sondheim is very old-school, very musical, orchestral, and rubato—

What does rubato mean?

It has to do with changing the tempo. Getting fast and getting slow in response to the actor’s phrasing. The way these songs are meant to be performed, the orchestra and the singer are a lot more linked up. They can play off each other. There’s a conductor watching the actor. When you import a MIDI file into an arrangement, you don’t retain rubato. You get a regular tempo, and so all of these songs are slightly more mechanical by virtue of that. I tried to embrace that as a musical aesthetic, and found it interesting to have a rigid arrangement that was locked in conflict with a vocal that was more articulated and conversational. It did give me the opportunity to program drum beats into my arrangements, which felt a little bit sacrilegious. I don’t know if Stephen Sondheim would like the project, period, but he absolutely would not like that decision.

Were there any other instances where you went against what Sondheim probably would’ve wanted?

‘Happiness’ was a big one. I decided that I couldn’t make it work without a beat, so I put a heartbeat pulse into the background. That ‘dun-dunk, dun-dunk.’ Then I kept adding drum tracks. I kept building and building. I was hesitant about that, since it is very much not in character of the original song. But eventually I reconciled my anxiety with the fact that Sondheim will probably never hear it.

Would you ever try to send SondHamm to Sondheim himself?

That’s a terrifying prospect. I don’t think I would do that. He’s a sublime genius and a huge influence on me, despite the kind of sacrilegious way I fucked with his music.

Where do you see Sondheim’s influence in your work?

I see it in my lyrics. He has such lyrical discipline. He really worked very stringently with the economy of language and hard rhymes, and the rhymes that he finds in phrases.

Would he say that ‘the rhyme that he finds’ rhymes?

No, he would never try to pass that off. But other people would! That makes them seem slovenly. Katy Perry’s the worst at this.

She rhymes ‘chapstick’ with ‘mind it’ on ‘I Kissed A Girl.’

Yes! I don’t understand that! The scene that you’re painting feels totally arbitrary in that lyric. Why those two things in that order? Like, you just decided, ‘This is good enough. I’m gonna go with ‘chapstick’ and ‘mind it.’ You’re not push yourself to discover something more interesting or insightful than the fact that you kissed a girl on the mouth?

A couple months ago, you released the Very Great EP. Listening to the two projects back to back, the songs on SondHamm strike me as much more open to the idea of love and interacting with other people. The person is singing with the idea that love is a thing that could happen to them, whereas the person on Very Great has so many walls up. Does any of that resonate?

Absolutely! The songs on Very Great are very defensive. The first one’s called ‘Fun,’ which is about not having fun. It’s a song about being at a party where you’re supposed to be the life of the party, like a drag queen. Everyone expects you to show up and be chipper and wanna interact with them, but you hate them and you’re having a horrible time. ‘Brick’ came from my feelings about people calling me pretty at a point in my transition when I couldn’t accept that. I’d take a sexy photo, one that I agonized over and took 700 versions of just to find the one that was good and then blasted it and overexposed it. A guy would say, ‘You look like a pretty girl.’ Or, one guy wanted me to come over and watch football with him. I felt like, ‘You think I’m this creature of beauty, but actually I’m revolting! Don’t get your hopes up! Let me pre-disappoint you!’ The song is an extended metaphor of hard and soft, and how a structure that appears strong could collapse in an instant.

‘Brick’ as a word also has trans roots.

Yes, ‘brick’ is a trans term for a non-passing woman. Actually, it means something a little more cruel than that. It means something like a tragic figure who will never pass no matter what.

In her book Infect Your Friends and Loved Ones, author Torrey Peters writes about how ‘brick’ speaks to the cruelty trans women are capable of when interacting with each other. She says something like, ‘Who do you think came up with it?’

Yes, it’s trans-on-trans cruelty. It’s a kind of cruelty that a cis person could never inflict. A cis man discarding a trans woman on the basis of her not being beautiful is actually not as insulting as another trans woman looking at you and going, ‘Oh, that poor girl. She’s a brick.’ That you would discard someone on the basis of being less fortunate in certain respects feels disappointing. Anyway, I got the name of the last song ‘A Life With No Joy In It’ from a David Mamet play about a man who had died reflecting on a life where everything he did was an attempt to balance something else out. He would overeat, and then eat a salad. I don’t think that has anything to do with the song, which is about wanting someone to stick around even when they’ve lost that spark. Like, ‘You don’t need to love me. You don’t need to fuck me. You don’t even need to look at me. Just stay. Just do me this one favor. Please.’ These songs are all very defensive. It’s a mood I write from a lot. Having the chance to depart from that mood with someone else’s language on SondHamm was very interesting.