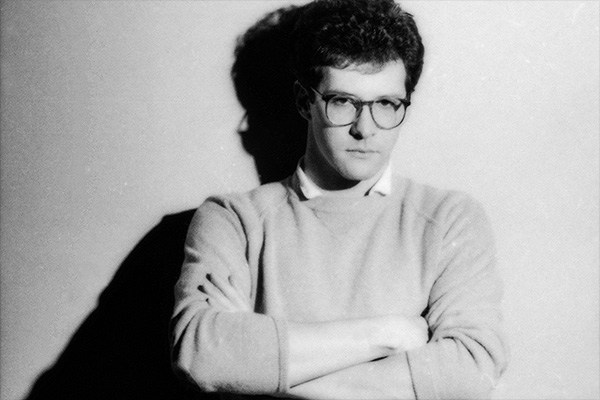 “I’m overwhelmed by recalling just how much work it was to do these things. Not to say it’s automatically easier today, but with tape and mics and all the rest, the effort in accomplishing the simplest things was much more complex.”

Back in his teenage years, the electronic musician Kerry Leimer recalls he heard an intriguing song by The Beatles—or perhaps another band. Actually, it wasn’t quite the song that intrigued him. It was the sound that opened the song: a brief and unusual drone produced from guitar feedback. Everything that came after that was, frankly, dull. “I immediately found the feedback interesting, but the song that followed struck me as just another song,” he said.

“That’s the split for me: a preoccupation with sound and timbral quality versus the controlled compositional approach to songs and song structures,” Leimer observed. Though mostly isolated in his pursuits in northwest Washington in the late 1970s and early 1980s, Leimer belonged to an international cadre of tinkering experimentalists, ones who took after John Cage and focused on the pursuit of sound for sound’s sake. Accident, contingency, and self-determining systems produced musical results. In San Francisco, Terry Riley and Steve Reich looped pieces of tape into elaborate compositions; in London, Gavin Bryans and Brian Eno crafted indeterminate works and ambient music. “While performing and listening to gradual musical processes, one can participate in a particular liberating and impersonal kind of ritual,” Reich wrote in a famous essay. Today, we hear Reich’s Music for Eighteen Musicians, Eno’s Music for Airports, or Bryars’s The Sinking of the Titanic as beautiful, even sentimental aesthetic journeys; but back then, a quest for pure sound superseded any quest for beauty.

Two archival releases on RVNG Intl reveal Leimer’s own unsentimental approach to sound: 2014’s A Period of Review as K. Leimer, and this week’s Artificial Dance as Savant. Where K. Leimer reveals the musician as an inventive electronic composer, Savant represents an equally intriguing project. Leimer rounded up various musicians in the Seattle area in the early 1980s and recorded them playing in the studio, crafting snippets of their live performances into teeming soundscapes. Take “Shadow in Deceit,” which layers percussive loops that recall Reich’s seminal Drumming atop shimmering guitar strums:

“The music I’m principally interested in creating is pretty much the antithesis of anything with beats, of anything to do with bands,” Leimer told me. Savant had no fixed membership, and only performed live once. Musicians were mostly acting as raw material for Leimer’s transformations—he gave general instructions for improvisation, captured the resulting sessions, and reconfigured them in his Seattle studio. “Using chance, isolating the musicians one from another, randomizing the elements, using found materials, self-deterministic structures and all the other fairly usual destabilizing techniques were applied,” he said. In “Falling at Two Speeds,” murky textures are punctured with drum fills. The music feels eminently oriented toward the timbral; beats serve only to punctuate the washes of color.

“On the surface, the Savant work exhibits a degree of familiarity that makes it more approachable, easier to niche into a well­-defined and well­-worn genre, especially for those who simply hear music and don’t actually listen,” Leimer said. “The Neo-Realist”—the title track of Savant’s 1983 LP—begins a little bit like an out-there rock song, with spoken-word vocals, a funky bassline, and gunshot percussion. But the vocals intermittently disassemble into twitchy loops, and the jarring, composite timbre displaces any sense of a band at work.

That experimental edge is equally palpable in A Period of Review, which collects archival K. Leimer recordings from between 1975 and 1983. Like many of his contemporaries, Leimer was first drawn to experimentation via the art world, fascinated by Dada, Surrealism, Duchamp, and practices like automatic writing. “In theory, this process is largely interested in getting the music to participate in its own emergence,” he said. “When this does come about, for me at least, there’s an unforced sense to the result. In practice, it’s blind in many ways. Relinquishing the notion of control. Working at some remove. Reacting to the sounds, fitting different sources together, taking them apart, additive, subtractive, starting over. It often becomes quite dispassionate, emotionally neutral.” K. Leimer tracks often take the form of etudes in sound that fade away, unassuming, not long after they begin. In “Eno’s Aviary,” supersonic, birdsong-like synthetic sounds batter against a melody that’s Brian Eno-esque in its deliberately inane repetition.

But there are also more developed compositions, which produce such a powerful emotional affect that it becomes difficult to take Leimer’s unsentimental philosophy entirely at face value. “Acquiescence” resembles a kind of church organ prelude, with heart-rending, repeated melodies. Gorgeous ripples of piano notes—not unlike the collaborations of Eno and Harold Budd—coalesce into rich overtones in “Facing East.”

And then there are unusual miniatures: “Commercial,” an eight-second jingle ditty, or “Afga Lupa,” consisting of 52 seconds of murky vocal oddities. One can imagine how technology in that period made even the tiniest of these tracks exhausting to create. “I’m overwhelmed by recalling just how much work it was to do these things,” Leimer said. “Not to say it’s automatically easier today, but with tape and mics and all the rest, the effort in accomplishing the simplest things was much more complex.” Leimer’s projects involved tape loops that spanned dozens of feet. For the Savant song “Heart of Stillness,” Leimer remembered, “It took three of us acting as human capstans to keep the tension reasonably stable for any duration while simultaneously trying to mix the thing.”

But as a musician who has continued to exploit new technology in his work—his next project is a collaboration with the media artist Bill Seaman—Leimer isn’t particularly interested in romanticizing that era. “It’s easy to think that not long ago ideas routinely outstripped capability and that today capability can easily and vastly outstrip ideas,” he noted. “But on balance it’s a false notion. As always, a lot of capability is applied to some very uninteresting music. But what many insisted on since the advent of tape recording is now an absolute. And that is that the studio is, in fact, the instrument. Savant is a tiny example of that orientation. With applications like Ableton Live or iZotope IRIS, any demarcation between ‘instrument’ and ‘studio’ is finally and completely gone.”