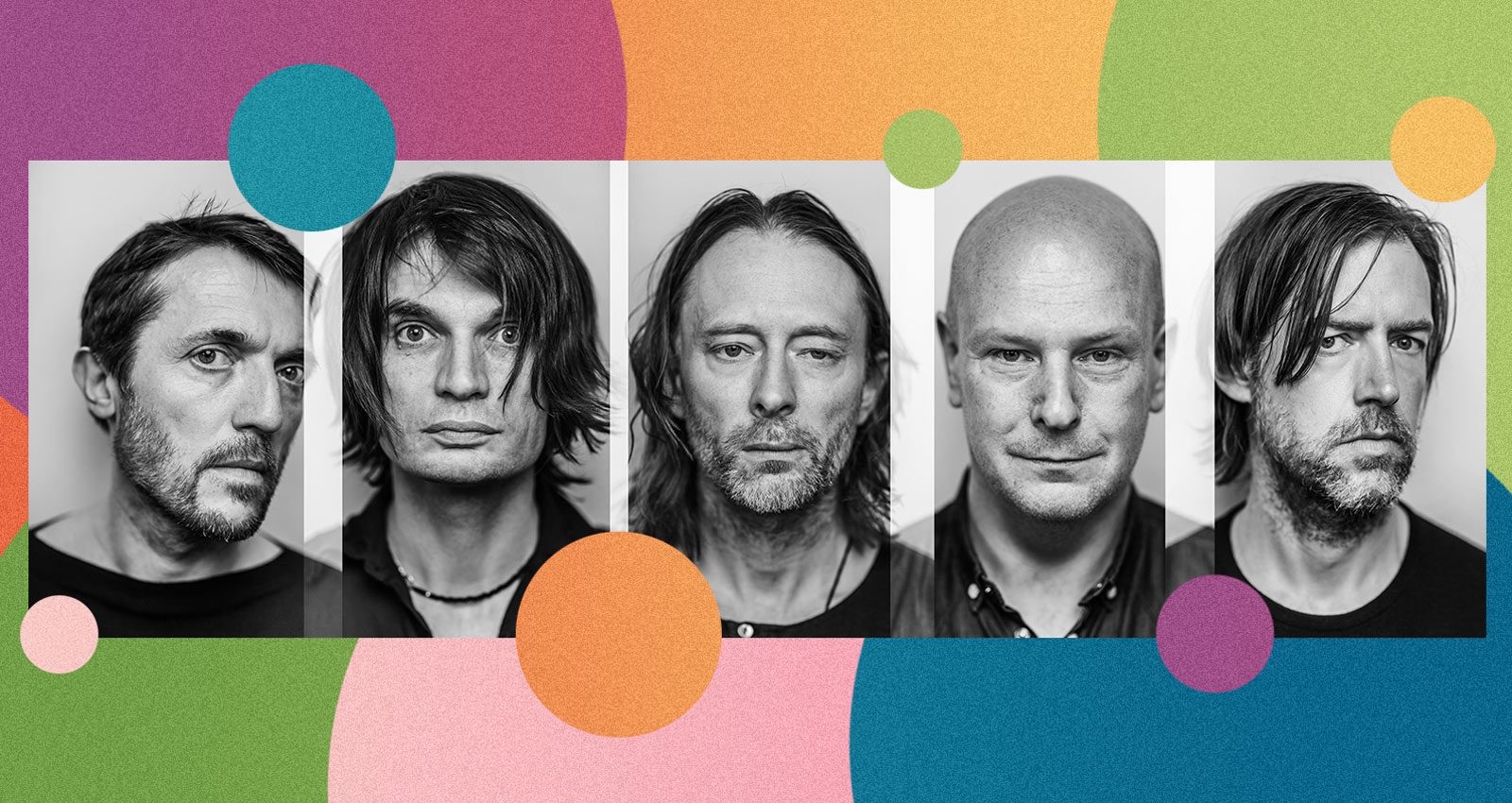 Today, Bandcamp is thrilled to announce that the full studio discography of pioneering UK band Radiohead has come to Bandcamp. Radiohead have forged a career built on constant change, dreaming themselves up anew with each record, but never getting so lost in innovation that they forget to instill every one of their songs with genuine human pathos.

Even from their earliest single, the late ’90s Buzz Bin staple “Creep,” Radiohead have seemed uniquely interested in exploring the ways the fragile, fleshy creatures known as human beings survive in a world that seems increasingly designed to kill them. “Fake Plastic Trees,” from The Bends cataloged a short story’s worth of desperate people—the failed plastic surgeon; the rubber plant salesman. The back-to-back masterpieces OK Computer and Kid A tried to locate the human pulse buried beneath a world of gears and wires, a vision evocatively sketched in the former’s “Let Down,” which opens with machinery—“Motorways and tramlines”—before finding the broken person underneath: “Shell smashed, juices flowing/ Wings twitch legs are going.”

They kept exploring as their career went on, examining the political machinery that’s just as crushing as the technology around it on Hail to the Thief, and even taking a trip to the afterlife in the gutting “Videotape,” which closes In Rainbows. Each new album brought with it the same, exciting question: “What is Radiohead going to sound like this time?” Whether they were using amps and distortion pedals or laptops and Buchlas, the answer to the question remained the same: They were gonna sound like Radiohead. Take time to today to familiarize—or re-familiarize—yourself with just how great that sounds.