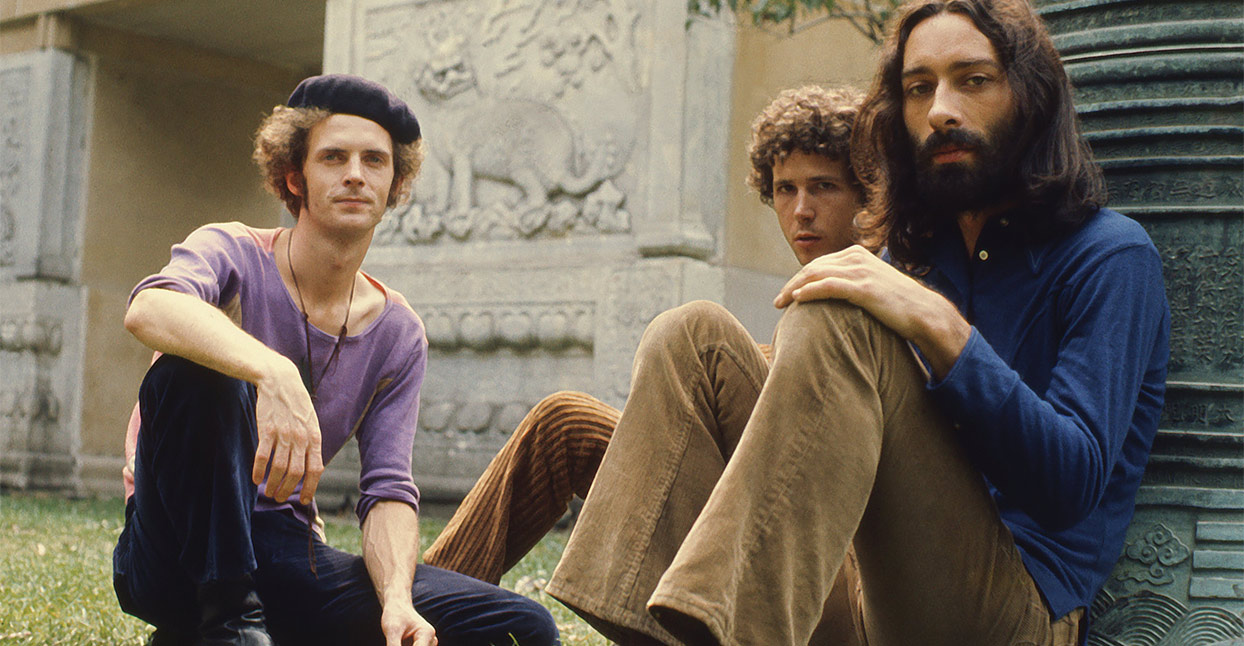 The short-lived Toronto band Syrinx didn’t fit in anywhere, musically. That fact becomes abundantly clear listening to Tumblers From the Vault, RVNG INTL’s new comprehensive collection of their recorded output and unreleased material. In their work, you can hear traces of psych-rock, proto-ambient, global influences, jazz (they once even supported Miles Davis), extended classical compositions, and a funkiness that very few of their prog rock or fusion contemporaries could match. It’s all delivered with a particular geniality and a keen ear for a memorable melody—which explains why their track “Tillicum” wormed its way into the Canadian national consciousness when it became the theme for documentary series “Here Come the Seventies” for several years.

But slipping between the cracks of genres and scenes was just how they liked it. Speaking from his home in British Columbia, the still-youthful bandleader John Mills-Cockell recalls the creative processes of Syrinx as, “a whole lot of fun, right from the start.” Mills-Cockell was the synth player and main writer who drove Syrinx, but he had a lot of musical experience under his belt before the band began releasing music in 1970. In the mid ’60s, he studied composition at the University of Toronto and Toronto Royal Conservatory. This was a fertile time for experimental music, and he trained in tape manipulation and electronics, which led to the creation of a unique multimedia collective called Intersystems with light sculptor Michael Hayden, poet Blake Parker, and architect Dik Zander. The group toured across north America, including what is reputed to be the first ever public synthesizer performance, in Ontario in 1968.

“We didn’t see ourselves as hippies,” says Mills-Cockell, “we were just making art with what was available to us. It was just our good fortune to be able to expand our ideas in the way that we wanted to, and find people who were interested in it. It wasn’t just a lark, though. It had this dada aspect to it, but we took it seriously.” He kept fingers in multiple pies, playing in some dozen-odd bands throughout the late ’60s, including one called Kensington Market. Syrinx came together more or less by accident through the many connections he formed this way. “Kensington Market were recording down in New York at Electric Ladyland,” he says, “and the producer Felix Pappalardi took me under his wing, and said, ‘Why don’t you make an album of John Mills-Cockell music?’ So I went back to [the band’s manager] Bernie Finkelstein in Toronto, and he said, ‘Well, I’ve just started a label, so let’s do this! What are you going to call the band?’ ‘Band?’ I said—and he said ‘Sure, let’s get Doug Pringle to put some saxophone on these tracks you’ve recorded, and you’ll be a band!”

Soon after this, Mills-Cockell and Pringle were, “rehearsing, if you can call it that, in his loft in downtown Toronto,” when their friend Alan Wells joined, and Syrinx came to be. The band graduated rapidly from the local coffee-house circuit to serious gigging, and by the time their self-titled album came out in 1970, they were nationally in demand. According to Mills-Cockell, they gigged comprehensively, and wrote and recorded a lot. The track that would become “Tillicum” was commissioned as a result of their success, and there was also a commission from the Toronto Repertory Orchestra for a suite to be performed by Syrinx with the orchestra. This became the four-section Stringspace, which appears on the RVNG INTL release in both the live version broadcast on Canadian Broadcasting Corporation, and the studio recording which formed half of Syrinx’s second album Long Lost Relatives.

Despite their early successes, the recording of Long Lost Relatives didn’t exactly go as planned. “When we were making that record,” says Mills-Cockell, “we got a call: ’The studio burned down, your equipment is all destroyed, the tapes are gone.” Once again, though, happenstance dictated the direction of Syrinx. “Within days,” he continues, “everyone in Toronto was rallying around, and within a week there was a benefit which tons of people came to. All the bands and solo acts in the city played, and we raised several thousand dollars, enough to at least get us up and running again. So we were buying new instruments. That’s when I came across the ARP 2500 [the first commercial modular synth], which would end up forming the basis of the sound of that second album.” The fact they were able to pick up where they’d left off and make a beautiful record in a very short time shows just how fertile their working relationship still was.

The album was a success, but Syrinx didn’t last much longer. Their management felt that they could take another step into the big league and encouraged them to record cover versions and bring in a drummer and vocalist. “In other words,” laughs Mills-Cockell, “the exact two things that made us not like all the other bands around, they wanted us to change!” Always open-minded and willing to experiment, they gave it a try. “We brought in Malcolm Tomlinson, a drummer who sang. He’s a wonderful musician and great guy, and we got in the studio and recorded some covers, but within months, it just fell apart. The record company at the time, RCA, kept going ’hmmm’ and ’ummmm’ about our recordings, and Doug wanted to be working with other musicians—one of whom he is in fact still married to—and really, wonderful though Malcolm was, we’d lost what made us special.”

One might read something of a sense of relief into Mills-Cockell’s description of the band’s dissolution. Always the serial collaborator, and always looking for unorthodox projects, it’s hard to picture him as a conventional rock star, with one band dominating his creative life. As it stands, Syrinx’s recorded legacy is small but perfectly formed, and Mills-Cockell himself went on to find success as a composer for performance, theatre and film, and remains hungry for musical stimulation to this day. “I’m starting on my second opera at the moment,” he says, “it’s called ’Kate Catastrophe’, with an amazing French Canadian librettist who’s written a wild fantasy. I read her words and thought, wow this needs dance music, so even though I’ve never made electronic dance music before, I’m teaching myself to do that now.”

As you might expect from someone who is just learning to make techno at the age of 73, Mills-Cockell is not one to dwell in the past. He was aware that people were still discovering Syrinx—“I’ve been contacted by people from all over the world over the years, saying they’ve just found this music and wanting to know more. And I’d think, ‘Wow, how does someone from Japan or Russia or Finland or Kenya find this?’”—but he resisted attempts to revisit the material. “Matt [Werth from RVNG INTL] has been chipping away at me for at least four years,” he says, “maybe five, and it took me a long time to even get interested in doing it.” But when he got drawn into putting together some of his work as a composer between 1967 and 1977 for the “JMC Retrospective” project, his interest in the past was rekindled, and finally he relented. “In the end I’m glad I did,” he laughs; “Matt’s work on this has been incredibly thorough and the way the thing is put together and packaged is just wonderful.” With the three Intersystems albums also getting the reissue treatment last year, it’s finally possible for a wider public to get a taste of just what a blast this unorthodox band of Canadians were really having all those years ago.