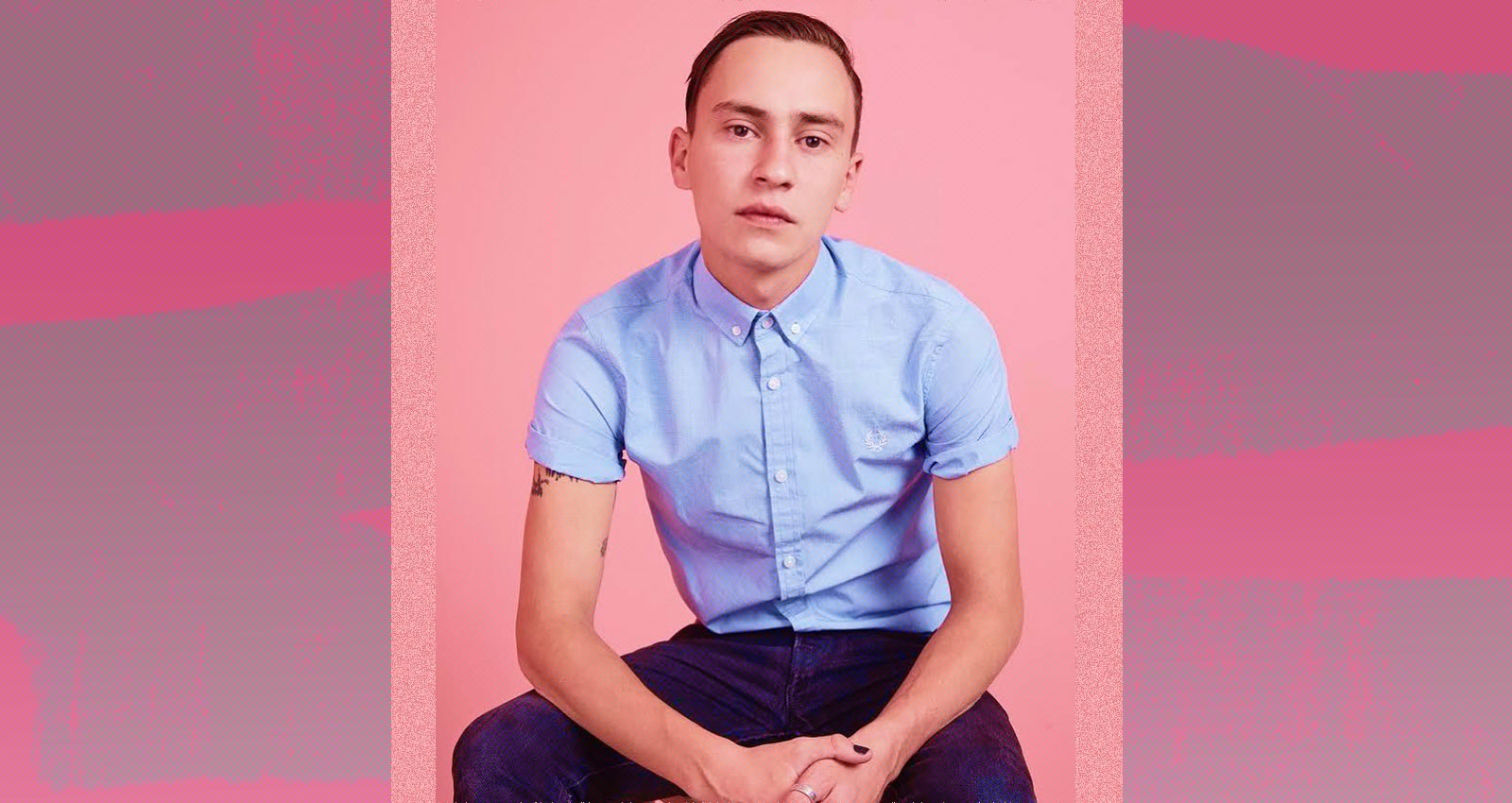 photography by Saty and Pratha

As the star of the Netflix dramedy Atypical, Keir Gilchrist spends his weekdays disappearing into the role of Sam Gardner, an autistic young adult suffering through the trials and tribulations of life in high school. On the weekends, Gilchrist assumes another role—screeching and growling behind a mic with grindcore bastards Whelm and death metal warlords Phalanx.

Or at least, that used to be the case: The 27-year-old had to swear off band activities while shooting Atypical after showing up on set hoarse a few too many times (and once, after a particularly rowdy Full of Hell mosh pit, with a black eye). Even the two-week buffer Gilchrist added between Whelm’s last show before the filming of Atypical’s second season began wasn’t enough. “I slipped on beer on the floor and cracked my face on a cinder block that was holding the kick drum, bruising it,” Gilchrist says, adding dryly: “That was not received well.”

The balancing act may be unusual—name another star of a teen drama who moonlights in a pair of metal bands—but it was Gilchrist’s penchant for drama that got him the gig in Whelm in the first place. The band’s guitarist and vocalist Sean “Lord Spew” Glaze was invited one weekend by his roommate, a film major, to a barbecue hosted by someone she’d worked with on set. That “someone” was Gilchrist, and his natural charisma and background as an actor convinced Glaze he’d be well-suited to the role of frontman—despite the fact that he’d never been the vocalist in a band before.

Gilchrist’s rookie status was hardly the biggest obstacle for Whelm. The group had trouble locking down gigs in their local scene because their music was so difficult to pin down. Whelm’s songs are built around rapidly-shifting tempos and surgically-precise riffs, inspired by the neocrust of Masakari, the grindviolence of Gride, and the brazen borderless grind of Full of Hell and Wormrot: all wrapped up in one fetid, and yet strangely alluring, package.

“We started jokingly calling Whelm ‘pop grind,’” jokes Glaze. “We are focusing on trying to write catchy parts—catchy choruses in the middle of chaos.”

Don’t worry, that doesn’t mean clean singing. In fact, the one time Whelm needed a guest vocalist, they tapped Deadbeat frontman Josh Townsend, whose Infest-esque yell complement Gilchrist and Glaze on “Deserve So Much Worse.” That three-way vocal attack inspired the start of a new project: Phalanx, which takes its name from a military term referring to troops moving in close formation. The name is a reflection of the group’s lyrical themes.

“Phalanx, from the beginning, has sort of had like a trudging/marching [thing]: like an army marching through a swamp of dead people.”

On their forthcoming EP, Golden Horde, the group push against the idea of increased speed and technicality. The album’s title refers to a division of the Mongol Empire that broke off after Genghis Khan’s death and the lyrics, appropriately, reference battles fought by the infamous warlord’s descendants. By contrast, Whelm focuses on the kind of battles that take place inside your head—Gilchrist calls the lyrics he writes for the band “almost kind of emo.”

Gilchrist’s acting choices are as multi-faceted as his verse. After challenging himself with Atypical—which is far more upbeat than the bleak projects his personal preferences often lead him to—he returned to the dark for writer/director Nicholas Holland’s upcoming home invasion thriller, An Intrusion. The seeds for Gilchrist’s role in that film were planted years ago, when the two vocalists met online over an appreciation of the other’s bands (Holland is a member of the groups Wounded Touch and Sunlight’s Bane). As it turns out, An Intrusion is fully stocked with members of the heavy music scene: Weekend Nachos guitarist Andy Nelson is scoring the film and assembling the soundtrack, which includes music from Body of Light and Full of Hell, and the cast is styled in t-shirts from Sanction, Dragged Into Sunlight, Wounded Touch, The Red Chord, Masakari, and Cursed.

All of this has helped assuage Gilchrist’s anxieties: “I had this fear that if people found out what kind of stuff I was into, or even how I dressed normally, that it would ruin my [acting] career,” he says. “And I had another fear that if people in the [metal] scene knew that I acted, they’d be like, ‘You’re a fucking poser. Get the fuck out.’ I was terrified that those two worlds would cross, and I would be ratted out of both scenes.”

Obviously, that hasn’t been the case, and Gilchrist eventually hopes to do a film project staffed exclusively by the growing list of industry folk he’s met who are into heavy music. The union could finally produce a movie that does justice to the aggressive music underground in a way the typical Hollywood fare hasn’t. Gilchrist had no interest in trying out for black metal biopic Lords of Chaos, and didn’t get a call back for punk slasher Green Room. Though he thinks the latter is the most realistic punk portrayal he’s seen, he concedes that his industry simply has a different view on what that subculture is about.

“It’s like fucking SLC Punk. It’s all chaos and anarchy and nihilism and fuck the system, just kind of for no reason, and that’s just not how I see punk and hardcore at all,” he clarifies. “You have to care a lot to be into this music, like you’re angry because you care a lot; I think that’s what people miss.”