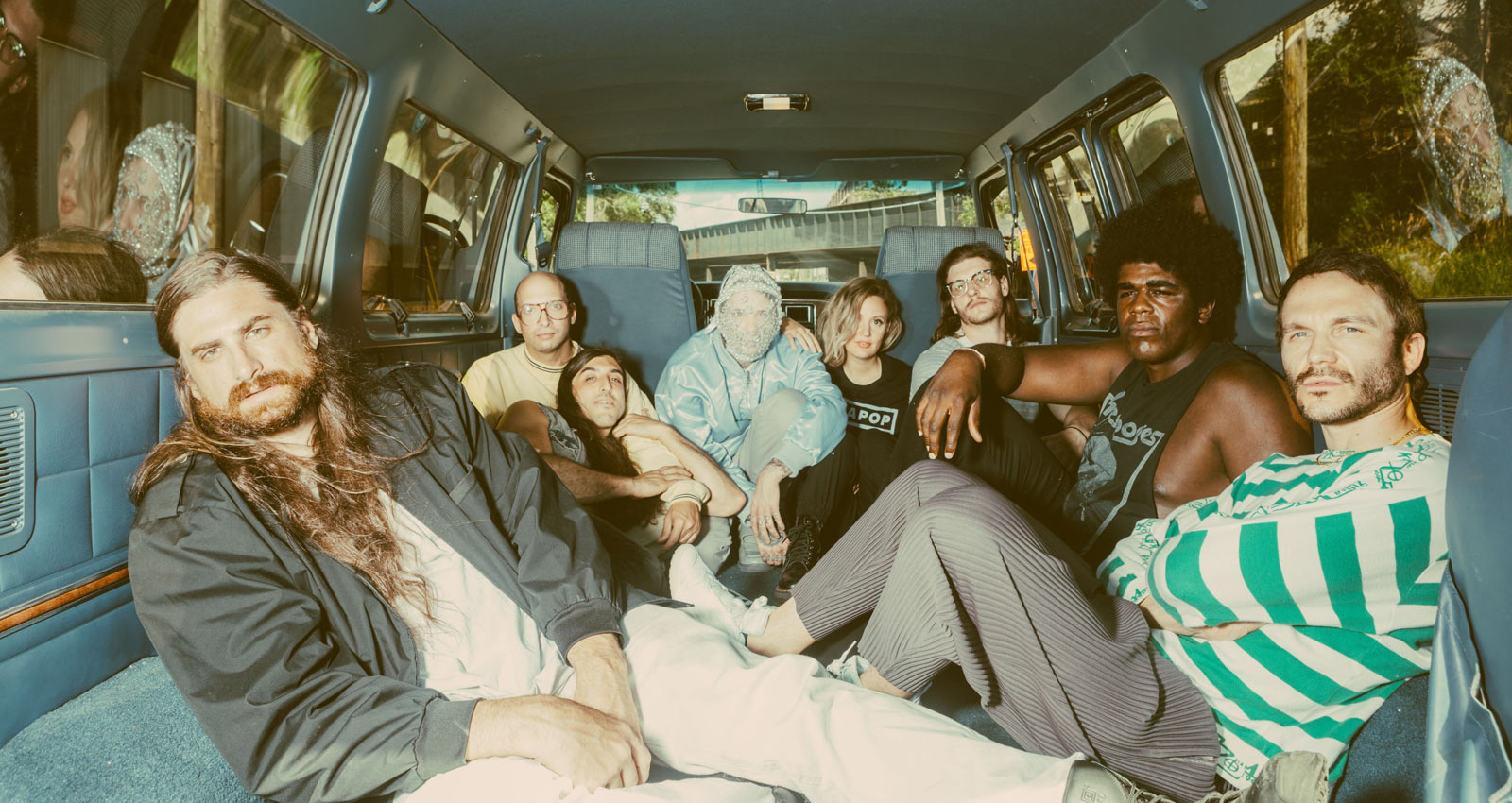 When The Armed released their debut album Untitled in 2015, they humbly described themselves as a “punk rock band from Detroit.” But it became clear within just a few short years that such simplistic descriptions don’t adequately capture the surreal stunts and misdirection that surrounded the band. Figuring out who the band really was soon became the subject of debate on subreddits and internet comment threads. By the release of their 2018 album Only Love, bizarre theories about them had begun to circulate. Among them, the idea that the people in their press photos aren’t actually in the band; or that Converge guitarist/producer Kurt Ballou is the project’s mastermind; or more broadly, that it’s all an elaborate hoax or performance art project. Everything the band did only furthered the air of obfuscation surrounding them: the absence of personnel listing in their liner notes, live shows featuring a “swamp monster” parading around the audience, a music video starring The Room’s (2003) Tommy Wiseau, and a single titled “FT. FRANK TURNER” with artwork depicting Frank Carter accompanied by a music video also starred the swamp monster.

In truth, The Armed don’t engage in hoaxes or pranks (well, maybe except the Frank Carter thing). But describing them as a conceptual performance art project—which includes two dozen musicians and artists at any given time—is closer to the truth. “Nobody’s ever been photographed with the band that hasn’t had something to do with the art,” says vocalist and guitarist Adam Vallely. “The Armed is an open collaboration. We use the term ‘band’ because it makes the most sense to most people. But we think of everything as this holistic piece. What are we gonna do, say, ‘this is our multimedia project?’ We’re self-aware enough to know that highfalutin stuff can come across as lame.”

Disorientation is a chief component of the band’s aesthetic, whether it takes the form of baffling marketing choices or their uniquely maximalist punk sound. On the band’s new album ULTRAPOP, the group floods the senses with equal parts hardcore intensity and giddy pop immediacy, sounding something like new wave powered by a jet engine. Their sensory overload core is built on layers of strobing synths, distorted effects, and piledriver rhythms—and some of the most unabashedly infectious hooks in all of heavy music.

The title isn’t ironic, either. While The Armed employ the brute force and physicality of metalcore throughout ULTRAPOP, it’s ultimately a collection of pop songs. The fist-in-the-air “yeah, yeah, yeah!” chorus of “All Futures,” the triumphant riffs of “Masunaga Vapors,” the all-pistons-firing industrial disco of “Where Man Knows Want”—every inch of it is engineered for maximum dopamine response. In fact, the opening title track bears no resemblance to punk or metal at all, built instead on a cascade of twinkling synths and otherworldly vocal effects that skew closer to PC Music than Deathwish Inc. It’s all part of the band’s mission to subvert expectations and ultimately knock sideways the status quo of heavy music.

“With all guitar-based music, there’s a real stagnation of creativity as people obsess over these dogmatic approaches to form and methods of delivery and authenticity,” Valley says. “In heavy music, that gets more funneled down into fetishization—the linking of authenticity with near-religious subscription to subgenre. It’s very counterintuitive to how the rest of the art world works. It’s all become a caricature. Black Flag didn’t start out doing Elvis covers.”

ULTRAPOP isn’t a traditional hardcore album, but it’s something arguably better than that: It’s fun. Still aggressive and rife with layers of distortion, what The Armed harness is more joyful than angry and, above all, it’s unpredictable. Yet embracing the weirdness is still central to The Armed experience. Where they’ve pulled back the curtain a bit by actually announcing the members of the band—which include Vallely, vocalist Cara Drolshagen, guitarist Dan Greene (who Vallely describes as their “air traffic controller”), and the group’s bodybuilder keyboardist, the aptly named Clark Huge—the band simply replaced one element of obfuscation with another. Prior to announcing the album, they launched a website called The Book of Daniel that depicts Greene as some kind of cult leader and includes cryptic references to songs from the album. Vallely admits the viral stunt is a little beyond even his own understanding: “I don’t want to say much about something that maybe I don’t fully grasp.” But whether they’re smuggling a glittery pop sound in the form of a hardcore album or mapping out an augmented reality experience, the intent is to offer a brief holiday from reality.

“What a lot of people are missing out on is confusion as an artistic medium,” he says. “It goes back to when we were using the swamp monster in the live show. It wasn’t supposed to be a mascot or prank, it’s a way to throw people off their guard and maybe make everyone a kid for a moment.”

Even at their most baffling, however, The Armed’s motives are never anything less noble than simply to entertain. “We’re a nice band—there’s so much Midwest vibes between us. We’re not just saying ‘fuck you,’” Vallely says. “Maybe just go with it. Maybe it’s OK to not know everything that’s going on.”