A decade or so ago Swindle, aka Cameron Palmer, was an up-and-coming South London grime and house producer who had released a solo mixtape and a couple of singles. But even then, his palpable love of vintage jazz and funk, and his way with a wild synth or vocal hook that sears itself into the memory, marked him out clearly as capable of so much more—both creatively and commercially. That he would one day have a “mainstream moment” didn’t just seem likely, but inevitable.

Now, after taking—in his words—“the scenic route” around the global music scene, running his own affairs and building an impressive network of connections worldwide, Swindle has made his unmistakable breakthrough record. The single “Coming Home,” with poet/rapper/actor/singer Kojey Radical, has been playlisted across the BBC’s music channels, and the album No More Normal is the work that finally encapsulates the full range of his talents.

Swindle’s roots in rave are very clear on his preceding albums. 2013’s Long Live the Jazz was released on dubstep mainstay Mala’s Deep Medi Musik label, and for all its soul vocals and synth solos, had the 140 BPM tempo and heavy synthetic impact of dubstep and grime. The reputation Swindle had built in the clubs for his DJ and live sets afforded him the chance to travel the world, and 2015’s Peace, Love & Music reflected that: it’s a set of collaborations with friends from Glasgow to Manila, Tokyo to L.A., Shanghai to Capetown—a wild, sometimes bumpy ride, the sound of a voracious mind trying out a million ideas for size.

No More Normal, though, while no less in-your-face, is entirely coherent. “I was just ready to make this record,” he says. “It feels like it was written that this would happen.” Now a father, his relentless schedule is more focused on home and studio, contributing work for vocalists like Mahalia, Kojey Radical, and Joel Culpepper. “It feels,” says Swindle, “like all of that was work for this album, like I’m ready to be a producer and make songs now. There’s no drops on this album, more instruments, more instrumentalists… it’s the next step.” 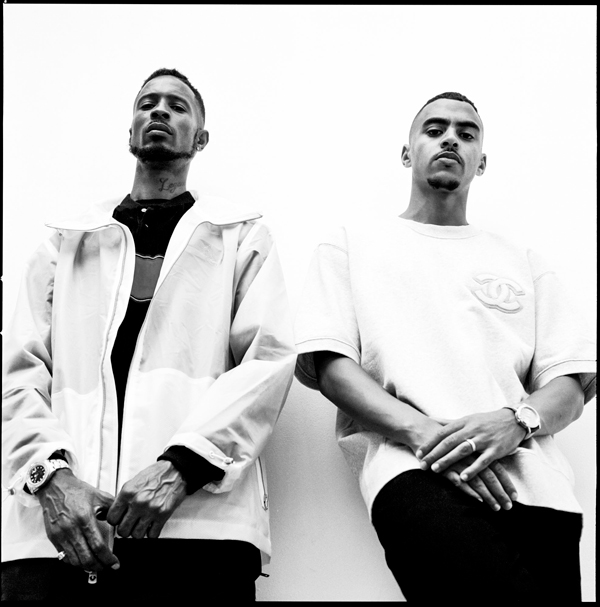 Crucially, just as Swindle was ready to make an album like this, London’s music scene was moving en masse in the same direction. The explosion of modern jazz and jazz-influenced music has been extraordinary in the last two years, something Swindle says “makes me proud and excited every day.” He compares watching the progress of someone like saxophonist Nubya Garcia, who is featured on “Run Up,” to his experience of following a grime MC like Chipmunk “from school uniform to major label deal… it’s the same thing to me. To succeed like that in London takes grit and determination, and that’s what this record is about.” And that London character, whether in the voices of grime originals like Footsie, P Money, and Ghetts, in the singing of Andrew Ashong, Eva Lazarus, and others, or in Garcia and Swindle’s playing, is indeed the unifying factor of the whole piece.

The final piece in the puzzle was Gilles Peterson’s Brownswood label. “They’d supported me all along,” says Swindle, “and again, it’s just time. I’m ready to work with people who can take me outside what I’ve already done. I gave them this album complete, and they are happy to work with me to do this right.” Success is never guaranteed, but if anything deserves to reach the biggest of audiences, it’s this vivid piece of London funk. Swindle isn’t short of ambition, as his solo sketch “Get Paid” on the album makes very clear, but his love of success is not just for himself. “I’ve watched people blow up,” he says. “I’ve seen Joel Culpepper come from being nursery school teacher to six million plays of our song on YouTube, and that’s the best feeling. So yeah, I’m ready for mainstream. I’ve worked for this. But I want to help other people find their way too. So that’s what’s next. I’m a producer now, this is what I do.”