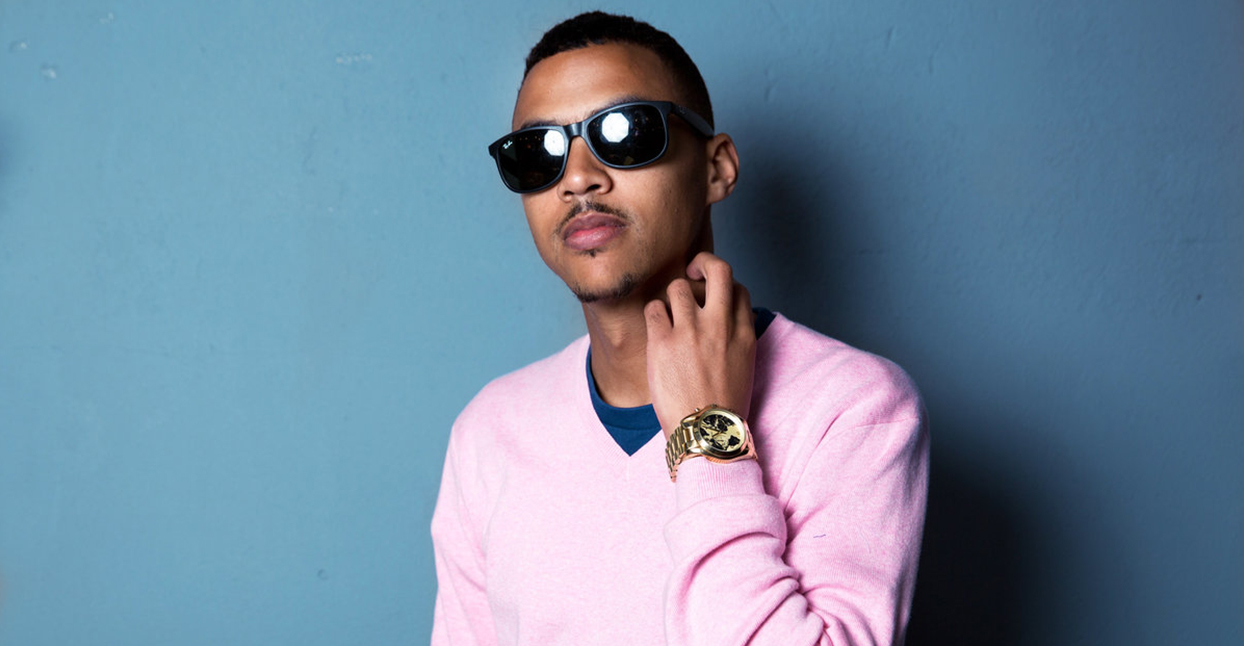 “When I was young, I wanted to go and tell Herbie Hancock to stop doing the straight jazz, to go back to doing Headhunters type stuff. But I couldn’t, I was just some kid. How was he ever going to hear me? But now you can, the artist can hear the people.”

Swindle is a one-man musical powerhouse. The 29 year old south Londoner is as adept cooking up deep rooted global electronic jazz fusion as he is in the worlds of dubstep, grime or the garage and jungle he grew up with – and he’s carved himself out a unique space of self-determination in a competitive world, running his entire operation himself and able to take sudden creative left turns whenever the whim takes him.

“At the start of this year, just out of interest I put out a message saying ‘what do you want to hear me do?’ Some people said ‘oh, a Latin project’ and as it happened I’d already been to Brazil but not really spoken about it. Others said ‘work with more MCs’ and I’d started getting back in the studio with [OG grime legends] Frisco and Ghetts and people. And some said ‘we like the funky intros to your tracks, could you do whole tunes like that?’ and actually I’m always working on stuff like that. But hearing all that I decided I’d do all those things, in three separate projects!” Palmer tells Bandcamp. Right there is a potted portrait of Swindle’s world.

He was a journeyman producer on the London scene from his teens onwards, but the his 2011 breakthrough tune “Mood Swings” on Butterz, the label that led the resurgence of grime, saw him stake out this space for himself. Since then he’s been a vital part of Butterz, worked closely with dubstep legend Mala’s Deep Medi imprint, and toured the world relentlessly playing live at raves and jazz festivals alike, frequently with a full brass section and array of top notch vocalists like Terri Walker and Joel Culpepper in tow.

His newest work, as you’ll have guessed, is coming out in three installments: Connecta, recorded in Brazil with local musicians; Funk & Grime, featuring the UK’s toughest MCs in party mood; and Purple Walls, perhaps the most astonishing of the lot, made in LA and creating the most perfect fusion imaginable of low-riding g-funk and street soul with UK soundsystem / rave culture. “The funny thing is,” says Swindle, “that it’s ended up coinciding with these life milestones. When Connecta came out I was getting married. As Funk & Grime comes out I’m securing myself a home, buying my house. And Purple Walls will come out as my baby’s expected to be born. There’s two songs on Purple Walls – “Saturn’s Return” which is about me hitting my thirties and figuring shit out, and “New Life” which is about the baby. So I know I’ll look back on this trilogy as representative of these real milestone points.”

This kind of perspective and maturation has been necessary to him, though, to prevent life passing in a blur. “After five years of gigging,” he says, “it’s finally starting to sink in that this isn’t just a summer. It goes so quick you think, ah, this is gonna die down any minute, but then you look back and go, oh shit, I’ve been touring for five years solid! OK… Cool… what’s next? This is such a tough game, it’s set up for most people to have like a couple of summers of success, then done, and just a few people out of that to go on to something massive. But if you want longevity, you don’t have to be the biggest thing in anything. I don’t. I’m not super-popular, I don’t have a million likes on any platform, but I can still function – and that’s because that collaboration with my audience is strong.” He cites Bandcamp among his most vital connections to the audience. “Bandcamp kept me afloat,” he says, “when my agents went bust leaving me out of pocket. And knowing I can put music up and get paid almost immediately lets me react faster than the industry would normally allow.” But more important than anything to his survival as an entirely independent artist is his ability to shift styles at whim. That comes from the blues and funk he inherited from his dad – a guitarist, who Swindle has collaborated with on record before – and which schooled him in the common roots of the different forms of modern music. That in turn gave him the facility to hybridise and mutate the music of the scenes he operated in, without creating lowest common denominator fusion, and without alienating the people around him.

On seeing the explosion and crash of the dubstep scene, he says “It just made me realise even more how self-sufficient I’ve got to be. If you look to someone else to create the work for you or to keep your relationship with the fans for you, you can find yourself on a sinking ship without even knowing it! And seeing that made me want to go on doing wild shit, not conform at all. So when everything went housey a year or two back, when everyone’s productions slowed down from 140bpm to 130, for me that was the signal I needed to start making tunes at 160bpm – Mad Ting [from his last album, Love Peace & Music] and those tunes there – because we’d lost the rulebook anyway, but there was no point in me doing house like everyone else, because that’s just not what I do. I might not have that million follower success, but I’m living off this, and I’m doing it the way I want.”