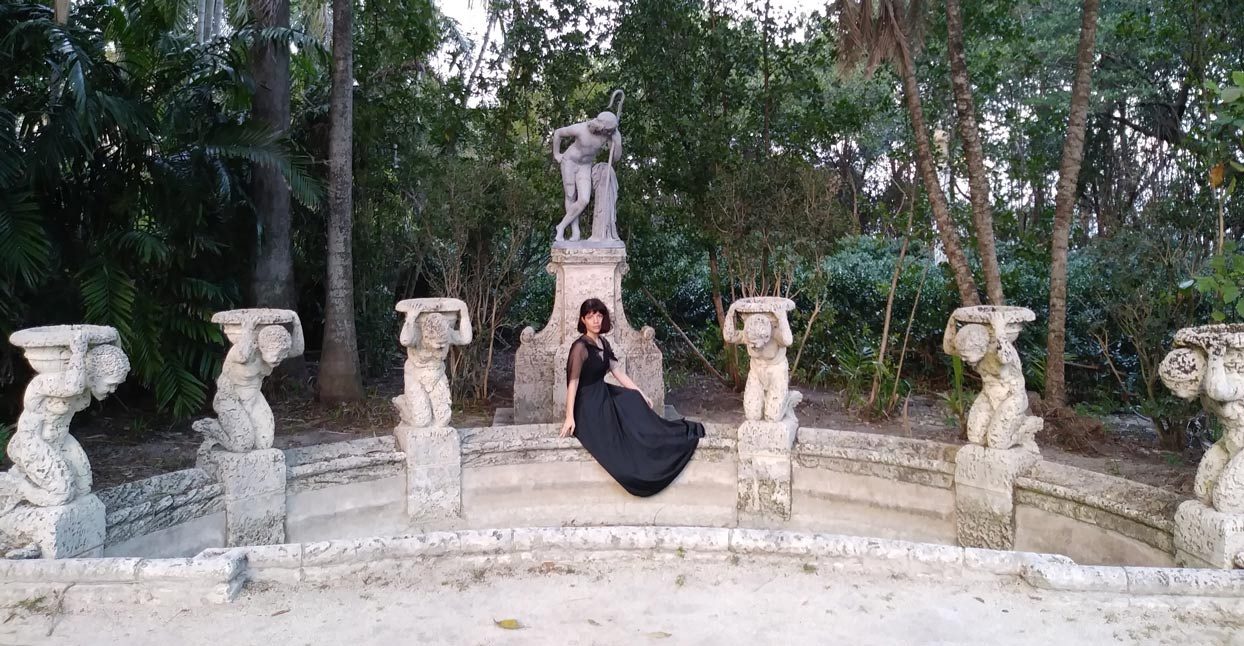 Since 2005, Sweat Records has been a Miami music community staple: a place to shop, to consign, to have coffee, to see shows, and to make friends. I lived in Miami from the end of 2014 until midway through 2016, spending many hours downing furiously strong cold brew from local coffee chain Panther Coffee, and connecting with like-minded individuals who became dear friends. For figuring out what all Miami had to offer to an underground music fanatic like myself, Sweat was an indispensable tool, as it has for so many others. Its appearance in many Miami travel guides has been helpful to both new residents and visitors.

“We have always tried to be a portal through which visitors and residents alike can discover more about South Florida’s music culture and underground scene,” says Lauren Reskin, Sweat’s owner and co-founder. “We always have lists of upcoming concerts on our website—as well as fliers and posters in the shop. [We] sell local releases, host shows, and support tons of other events and initiatives around town.”

The last couple of years have been particularly big for Miami music. While there is a constant wax and wane of reliable, DIY-friendly music venues, the city now boasts its own pressing plant, SunPress Vinyl, and has increased the number of record stores inside its city limit (Technique Records and Brooklyn Vintage & Vinyl, to name a couple). That small boom had an immediate impact on Reskin who, along with Sweat Records managing partner Emile Milgrim and attorney Vivek Jayaram, created the cheekily-named Sweat Records Records, a vinyl label run in conjunction with Sweat Records.

“Sweat Records Records came about mainly because a vinyl plant opened in South Florida for the first time in over a decade,” explains Reskin, “and we knew of several local acts that had us thinking, ‘Dang, if they had vinyl out we could be selling it constantly.’ It snowballed as fast as we allowed it—we knew it was going to be a solid endeavor and the momentum and interest in the label was massive. It surprised and humbled us.”

Fast forward to now, and the label is preparing to release Dorys & Eli, the debut LP by bilingual folk duo Dracula. Eli Oviedo and Dorys Bello, the duo behind Dracula, have been playing music together since 2009 while living on the same street. Both grew up around music—Bello had played instruments as a child, been in choirs, and taken a handful of music classes, while Oviedo had a slightly more academic background.

“I started learning clarinet in middle school and then went on to study at New World School of the Art, a sort of high school conservatory,” Oviedo explains. “Then I studied music at [University of Miami] before changing courses to language after a semester. Music has always been around as a practice and as a game, and my mom would sing hymns while she cleaned the house. It was a one-bedroom apartment for six people, so you couldn’t miss it. My dad would sometimes tell us stories accompanied by guitar before bed when we were younger.”

Language and cultural identity play massive roles in Dracula’s work; Bello and Oviedo’s Cuban and Honduran backgrounds, respectively, provide much of the basis for their creative output. “It’s an inextricable part of who we are and what we do,” says Oviedo. “I don’t think it’d be possible to not include our respective Caribbean or Central American sensibilities in what we do.” Bello talks about Cuba’s culture as being a constant in her life. “Until a few years ago, the majority of my family still lived on the island,” she says, “so I was saturated with Cuba talk every day of my life. Before I had my own CD player, my parents’ record player was my only access to music, so I’d listen to whatever they had in their collection, which included a lot of Julio Iglesias, who my mom—and everyone’s mom and grandmas—loved.”

Dracula’s sets are touching and intense, and create an atmosphere derived not only from the music’s strength, but from the visible trust and connection of its makers. “Every time I saw them live, the entire audience was captivated,” Reskin muses, fondly. Though the duo is no stranger to having guest appearances in both live and recorded settings (Dorys & Eli features instrumental contributions from Oviedo’s father Manuel de Jesús Oviedo, Rainer Davies, Ashley Garritson, and Chas Reskin), they frequently perform as a pair, sitting across from each other, staring into each other’s eyes. This is the performative fruit of a long, deep friendship. “We perform like how we practice,” Bello says. “We sit across from each other and sing to each other. In addition to giving me something to focus on other than my intense stage fright, this also helps me to keep focus on the performance of the song. I’d be too distracted if I faced the audience.”

Folk in the truest sense, Dracula take culturally significant songs originally written by other musicians, and reinterpret them. Oviedo plays guitar, while his and Bello’s voices dart in and out of finely-tuned harmonies. Selena’s 1992 hit “Como La Flor,” a mash-up of Tejano music and Latin pop, becomes a stripped-down, moody number in Dracula’s hands—clearly an affecting transformation, as their cover was included in NPR’s 100 best songs of 2018 playlist. Dorys & Eli also includes songs like Joe Hisaishi’s moving theme to the classic Miyazaki film Princess Mononoke, as well as the traditional English folk song “Butcher Boy” and “La Llorona,” a haunting Mexican folk ballad.

Dorys & Eli is the clearest realization of their music, featuring the highest production value, and their favorite songs. “We picked the songs we thought would be in a ‘Best Of’ album,” Bello says, “so that our favorites would be included in what could potentially be the only opportunity we get to make a really nice record.” But with instrumentation and vocal purity like the kind Dracula boast—in addition to the dedication and conviction of folks like Reskin and the other Sweat Records Records staff—it’s tough to see them stopping any time soon. Rather, it seems like Dorys & Eli could be quite the catalyst for Dracula, Sweat Records Records, and Miami music culture.