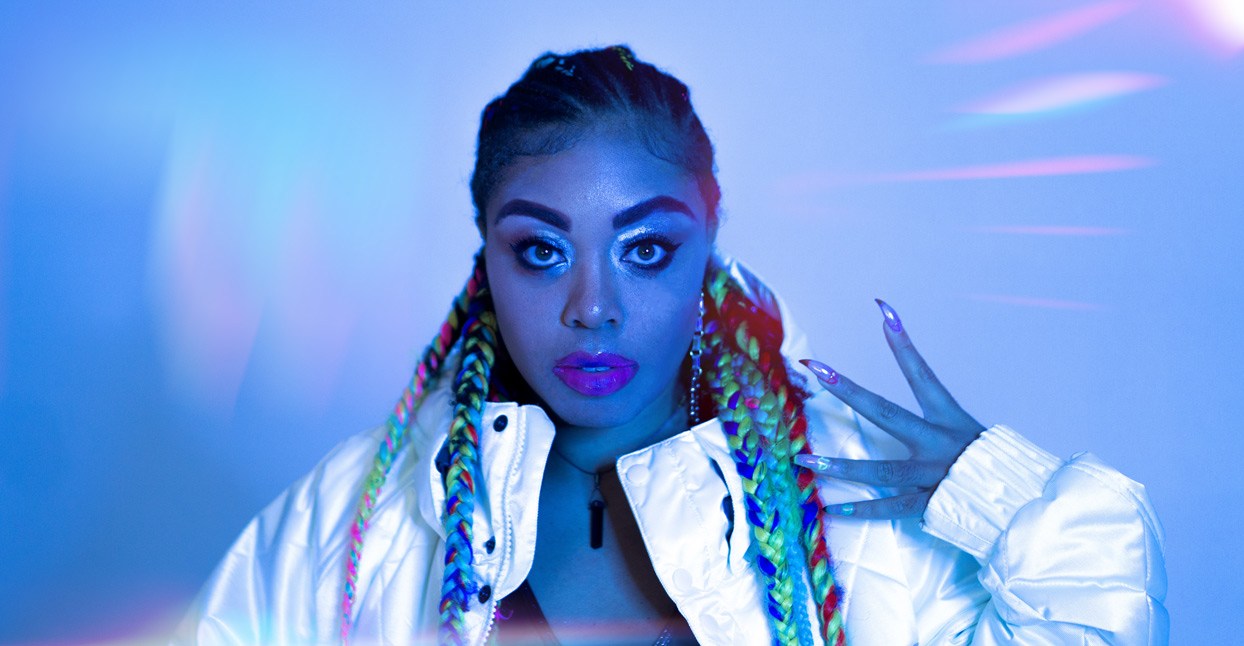 On the 2010 track “What U Look Like” (tucked in the first third of groundbreaking release NNXTAPE), Miami-based singer, songwriter, and producer Suzi Analogue established a sound and philosophy that hinted at the future of her work. Set to a dizzying instrumental flying by at 160+ BPMs, Analogue’s slick and understated vocal references Gucci purses, Purple Label Ralph Lauren, and a “minimal, modernist/Americana steez.” At first glance, the song scans as a fashion anthem for the contemporary young creative class. But its soaring chorus turns that assumption on its head, revealing a deeper, central theme of connectivity: “I’ve been to many places around the world / Seen the cream of the crop and the haves and the have-nots / We all breathe the same air now.”

Born in Baltimore, Analogue grew up singing gospel in the church choir, and writing and recording her own songs to tape as early as eight years old. Raised on a diet of hip-hop, R&B, and jazz, she began experimenting with sounds and finding a like-minded community during the early days of the Internet. “Making beats was a natural progression from me writing songs at nine and 10,” she says. “For years I practiced my same songs over and over and recorded to tape. Then, when the Internet came,  and chat rooms, [I became] obsessed with how I could digitize the songs I had on tape, but I wasn’t that advanced. I was a part of a lot of chat rooms [about] hip-hop and social nerdery, and met groups of people who helped give me access to my first computer programs to manipulate sound on my CPU, around 15 years old.”

After moving to Philadelphia for college, Analogue branched out, exploring the scene around her, connecting and collaborating with future beat scene visionaries like Mndsgn and Knxwledge, and creating her own niche as a fierce talent working on the cutting edge of electronic music. “When I got to Philly, it was my first time being able to go to studios, meet actual working producers,” she says. “Philly was formative for me. I used to run with some unnamed rappers and go to showcases in NYC on the weekends. From college, I’d be recording demos in my dorm room. I lived in Philly for nearly 10 years. I’ve also lived in Tokyo and toured internationally.”

With the founding her own label, Never Normal Records, Analogue’s artistic range—and the musical community around her—continued to grow. Home to her own productions, as well as works from DJ Earl, Swarvy, Count Bass D, Never Normal stretches across genres and styles—hip-hop, footwork, and beyond. “[When I started Never Normal,] I had toured internationally, worked with some emerging greats, but also had a lot of personal pain. [I] had just lost my mom, and I realized the game I was in wasn’t set up for me to have a ‘home’ anywhere. Labels knew me, but not what to do with me,” she says. “I realized I needed to build my own home. After my mom passed, I moved to the Bronx to spend time with my father and just had a reset moment and started to build Never Normal there.”

Analogue continued to develop Never Normal after relocating to Miami in 2016, championing projects from fellow artists while refining her own high-energy and forward-thinking sound. Her new release ZONEZ Vol. 4: LOVE ME LOUDER is the latest in a series of self-described “audio mood boards”—progressive electronic music paired with avant-garde visuals. With a range of guest contributions—Junglepussy’s icy, detached mantra at the pulsating center of “2Deep,” ZenSoFly’s show-stealing slot on “Way Live,” and JWords’s unwavering, delay-drenched mantra on “Muy Rapido”—ZONEZ Vol. 4 feels futuristic and global.

“Most vocal features are from rappers from the Southeastern United States—a very underdog area with strong rap communities. Southeast D.C., Raleigh, Richmond, and more have thriving creative communities, and I grew up around that and wanted to show that through the features,” Analogue says.

“There’s also some international features, from Jacks, via Jamaica, now living in New Orleans, and Oyinda, from the U.K., now living in NYC, plus Jwords—who is in Never Normal Soundsystem and whose family is from the Dominican Republic,” she adds. “She is multilingual, and our track features her phrasing words in Spanish. Basically covered the whole transatlantic diaspora [on] this one. All of us meeting here in the future.”