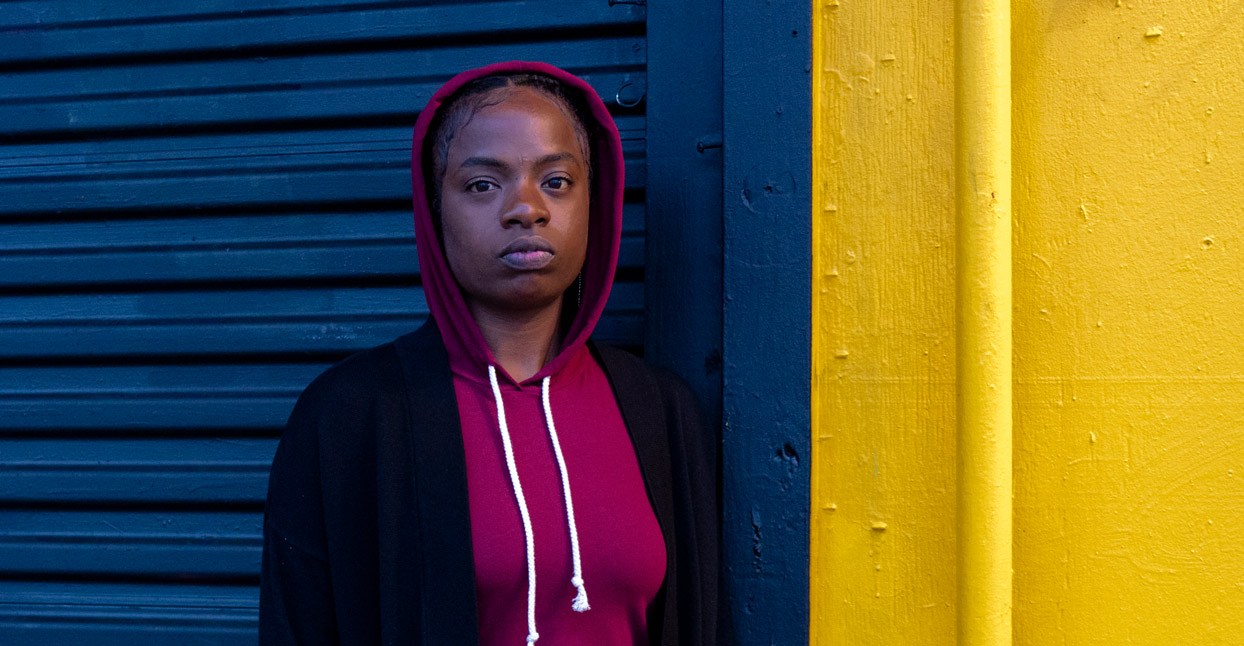 “I made my first EP when I was in sober living. I was always thinking, ‘Oh, I’m working towards making an album’ or something. Even if I wasn’t thinking that, it would be something that a lot of people would hear [from me],” says Sunny War. “That’s an influence from the punk scene. A lot of the people I listened to were just local bands that nobody really knew about, but they consistently put out albums, and I looked forward to hearing them. I just like making and finding stuff that’s hard to hear.”

As War recalls her early days making music, it becomes clear that music and trauma have often gone hand-in-hand in her journey. War got her start as a clawhammer-style guitarist, and reluctant singer for her L.A. punk band Anus Kings (with co-founder and bassist Brian Rodriguez). “We thought we were going to get a singer, and we never did,” she says. “So, we were like, ‘OK, either you sing, or I sing.’ Because we had lyrics, I was writing songs.” The Anus Kings released Predictable Teenage Rebels in 2009, followed by two more releases, before War ventured out on her own.

As someone who busked in San Francisco and San Diego, as well as on the Venice Beach boardwalk to survive, finding any sort of success in music seemed far-fetched idea to War. But her 2018 album With the Sun, her blues-meets-punk debut, netted acclaim from places like NPR and the Los Angeles Times. The charismatic misfit, whose stage name captures her dichotomies—charming but weary, spirited yet vulnerable—had a profound ability to eloquently capture her darkest moments in lyrics that were neither maudlin or navel gazing.

On her sophomore release, Shell of a Girl, War turns her tumultuous personal history into a springboard for spiritual healing. Born Sydney Ward, War’s young, bohemian mother lived a nomadic lifestyle—as a child, War lived throughout the United States, through places like Colorado and Michigan—and the guitar was her only constant friend. At 13, she began running away from home to hang out, drink, and attend punk shows by artists like Trash and Bad Brains with the Venice street kids whose lifestyle she admired. For a while, it always ended the same: she’d be found by the police—often drunk—and be arrested and returned home to her mother. By 15, she was flunking out of school and questioning if she was too much of a burden for her harried mother, who was in the midst of a divorce from her stepfather. The pair were living in a women and children’s transitional home when an argument between War and the manager of the residence threatened to leave them homeless.

“I remember feeling like, ‘My mom’s going to be homeless because of me,’” War says. “I just felt like a burden. So it was a combination of feeling like, I’m not helping my mom’s situation, and I was also feeling really bad about not doing well in school and the fact that I was starting to drink a lot.”

War chose to leave for good, leading to a turbulent life on the streets where War alludes to traumas we don’t discuss. She was homeless for five years until heroin-induced seizures and lock-ups in jails and psych wards bottomed her out.

“I eventually tried to go home with my mom, [but] I was still kind of using and got arrested again. When I came back from jail she was like, ‘I don’t really trust you to live with me, but I have a friend who owns a sober living and she has a bed available there.’”

War has been on a different path ever since. A bit more stable now, able to pay her rent on a one-bedroom apartment in downtown Los Angeles, when she’s not making her own music, she’s the bassist in the punk band Fuck U Pay Us. Yet now, it’s internal stability she’s grappling with, and the stark realization that all the loss she’s endured has barely, if at all, been processed.

“I have a lot of friends who have died, who have died really young,” she says. “Almost 40 people that I knew when I was a street kid that either died of liver failure or a heroin overdose. It happened so much that I think that I have a weird obsession with death—just sort of [as] a way to try and cope with it. I don’t think of anybody dead as dead, I just think of them as being in a different part of life.”

Sometimes she’ll visit the Hyatt, a government-sponsored homeless shelter for youth in San Francisco, and look reluctantly at a board called “Wall of Dead,” a space created to inform friends and family of those who’ve passed away; her track “Where the Lost Get Found” alludes to the shelter. On tracks like “Drugs are Bad,” “Love Became Pain,” and others, War is caught between two worlds, an unreconciled past and a new safer, happier future she’s trying to create. Yet, like much of what War does, there’s no grand plan. Shell of a Girl just sort of happened.

“It only started because I was trying to make a single,” she explains with a bewildered chuckle. “The single ended up being ‘Shell’; that was the one where it was like, ‘OK, that sounds like single.’ But it took six songs to get to ‘Shell’ and then at that point it was like, ‘Well, now I have seven songs—might as well make an album.’”

Despite its somewhat haphazard creation, Shell of a Girl is cohesive: a moving, bold piece of work, melancholy yet sun-kissed, sorrowful yet resilient. “Shell” is a quiet song that addresses the aftermath of a serious relationship that War is still healing from: “Before you rip your girl to shreds, be sure you really want her dead,” she sings in that signature dispassionate tone that makes listening to her so enthralling. “Slip off to your slumber, six feet underground,” she sings on the dark, country-ish lullaby “Where The Lost Get Found,” is a poignant song that treats death in a straightforward manner—the one inevitable experience that awaits us all. On “Off the Cuff,” she sagely observes a world that has too many people on hamster wheels heading nowhere: “You’re looking good in your suit and tie / Working real hard, but you don’t get out much / You’ll get paid till the day you die, but always get home too tired to fuck.” Melodic Latin-influenced guitar patterns sits alongside folk and blues rhythms, as War’s gorgeous, knowing voice takes listeners on a raw emotional journey. Despite the pain, its stunning sound and hard-won lyrical wisdom lulls listeners into contemplation and appreciation, appreciation that’s she’s lived to tell these stories.

“A lot of the songs have a little story in them. If it’s not a story then it’s sort of an outlook. It represents 20-something’s experiences. Everyone’s first big relationship leaves them changed. You’re kind of emotionally, not numb, morphed into something you didn’t think you could be and then you go on. Most of the song’s themes are, ‘I’m going to get through this.'”

And she most certainly will.