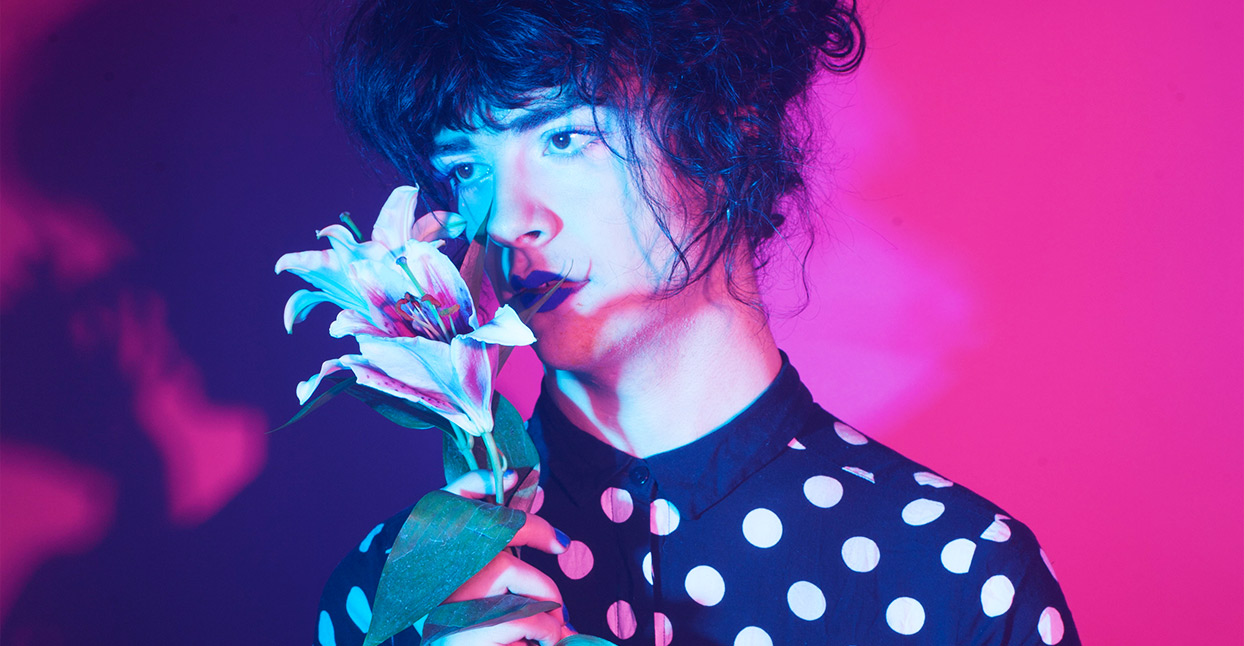 This is the simple question that drives “Angelene,” the devastating swan song from California dream-pop duo Them Are Us Too. The song was released last week via Oakland music collective Scream Queens in the wake of the sudden death of one-half of that duo, guitarist and sonic sorceress Cash Askew, in the Ghost Ship fire. In a strange twist of fate, a song that was never meant to be became the band’s final statement.

During their four years together as friends and collaborators, Askew and vocalist/multi-instrumentalist Kennedy Ashlyn made music that swayed like Audrey Horne, existing in the space between light and shadow, calling up ghosts, feeling out a fever dream. “Angelene,” which feels viscerally haunted, began as a more uptempo dance song, and was frequently performed live in the early days of Them Are Us Too’s career. But the duo never recorded it, which gave it a development arc that stretched over the course of their entire career. “Every other song that was on our original demo got recorded to put on the album [Remain], except for that one,” says Ashlyn. “And then I heard it differently in my head one day,”

Enter Scream Queens, a weekly Bay Area (and Internet) radio show that focuses on punk, post-punk, noise, industrial, bedroom pop, and related DIY sounds, made primarily by women and queers; at the end of each show, there are interviews with some of the artists featured in the episode. “Angelene” appears on the collective’s very first compilation, which appears in concert with a brand-new print magazine. “We wanted a concrete, physical manifestation of the very fleeting radio shows,” says the collective behind Scream Queens, via e-mail. “We reached out to all the brilliant and amazing and talented people (like Them Are Us Too) in our lives to contribute art, poetry, zine excerpts, photos, column entries, interviews, and features, as well as music for the compilation we made to accompany the magazine. It’s 100 pages of heartfelt work from an incredible network of people we are lucky to be connected to.”

When the invitation was extended to Them Are Us Too, Ashlyn and Askew were in the midst of crafting their second full-length album and were concerned that there wouldn’t be a song to spare. Ashlyn suggested that they finally record a new version of “Angelene,” and Askew agreed after hearing a demo of the version Ashlyn had made. This would become the only Them Are Us Too recording to be done long-distance, with Ashlyn tracking her multi-layered Microkorg, “hand-me-down Yamaha shit keyboard” and vocal parts to a bare-bones drum loop and Askew designing the final drum sounds using disassembled digital kits and samples, weaving in her signature textured, oceanic guitar work and then making an audible witch’s brew by mixing the track herself. “Cash’s level of involvement changed over time,” says Ashlyn, of the duo’s collaborative relationship. “We were starting to write together more on the newer material. She had a huge part in crafting the sound. I’d do structure and melody, and then she would craft the sound and the final result.”

In the final version, “Angelene” is transformed from dance track to ballad, full of delicate drama and shimmering sound. “It’s about letting depression take over and cloud your artistic vision or even your sense of self and sense of being in the world,” says Ashlyn. The song’s title was chosen randomly by Askew to represent the lost inner muse. In the harsh light of the circumstances that brought Them Are Us Too’s promising career to a dramatic end, it’s hard not to wonder at the synchronicity in Ashlyn’s poignant lyrics: “Bittersweet, this being young/So bittersweet, this being young/Ghosting silent as the world passes me by/Waiting for the day I turn back to life/Won’t you speak to me, love?”

[Askew contributed to Bay Area Girls Rock Camp as a summer performer one year. In her memory, the Camp has put together this list of resources and ways to support those most deeply affected by the Ghost Ship fire.]