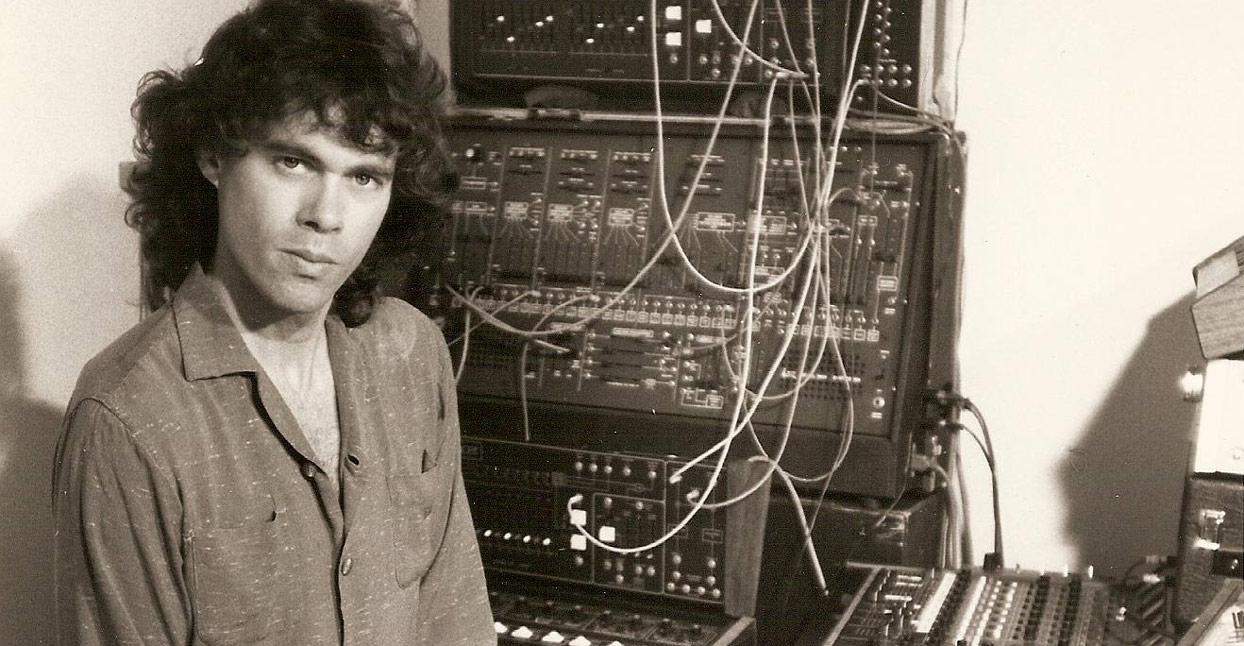 Space music: the term implies an evocation of the unimaginable vastness of the cosmos, the slow synchronized movement of stars in the night sky, the incredible shapes and colors of nebulae. But look in the opposite direction, and space music becomes an exploration of the equally infinite and vastly more mysterious and complex world of the inner self. That is the space that electronic musician Steve Roach has been exploring since the late 1970s. Through seemingly disparate styles, like the tectonic pulse and crystalline shapes of the classic Structures from Silence, the ambient soundscapes of Quiet Music, and the sequenced bleeps and bloops of Skeleton Keys, Roach has been using music as a way to hold time at bay, and to weave a connection between the individual and the universal.

Working entirely outside of changing fashions in electronic music, Roach has made dozens of studio and live albums, including three released to Bandcamp just this past New Year’s Eve: Fade to Gray, Painting in the Dark, and Spiral Revelation.

What got you started making music?

Timewind (1975) from Klaus Schulze. I heard it when I was working in a record store. It was perfectly timed for what I was feeling and hearing and looking for. This was before I started making music. I was interested in painting, but I felt the magnetism of playing and creating with sound.

When I heard that music, and saw photos of how he was working, one guy with synthesizers and a mixing board, it completely resonated; I already could see creating this way. I did what I could to gather the equipment together. It was very expensive, but I had to have it. And it’s been years of being in this space. I wake up every morning with the urge to create something.

What is consistent through all your styles?

My language is such a personal expression of art using sound, and it feels so natural, that style is not something I think about. I know the music fits into ‘ambient,’ but I don’t think in those terms when I’m creating. I’m really just wanting and needing to express this experience that I get from creating in this form, using sound in the way that a painter uses colors. The through-line is my emotional, psychological, spiritual connection to sound.

How much of the way you work has to do with the generation you belong to?

There were more options in the 1970s, in terms of following the academic world, or the experimental synthesizer music that was coming out of Europe. It was vast and mysterious, the zeitgeist of the time. When I discovered [that] music, [my] transition through rock and progressive music, I was also listening to ECM recordings from that period, and the warmth, the space, that whole sound had a big impression on me.

There’s a return to those days in the explosion of the analog, modular world that’s happening right now—these non-programmable instruments that rely completely on your hands-on experience to connect with the sound. It’s affordable, and a lot of younger musicians are able to experience that now in the same way I was able to in the 1970s. The instruments that I’m using have never left me over 35 years. I never went over to the computer. It’s really exciting to see the young composers and electronic musicians have that same discovery that for me was so important: putting your hands on these instruments and learning through experience.

Does working physically have a direct effect on your music?

I’m 100% a hardware musician—analog mixing board, outboard effects. It’s a hands-on approach, sculptural and subtle. The feeling you get in your fingertips when you’re subtly changing a combination of settings and filters, frequencies and modulations, if you’re tuned into it, is completely alive in your nervous system. It’s visceral. It’s joyful. I’ll work in the studio and set up a self-generating patch and sit back on the couch and just listen. What you are hearing is the recording of it unfolding. It continues to breathe when you hear the recording.

The sense of time is the through-line woven into all of my work. That’s why I chose to live in a desert environment because, visually, there is a different sense of time here. Everything around me is about expansiveness, and space, and texture, and physical extremes. There is a kind of audio-sensual impact from the environment that has a big effect on me.

Do you use the same process live that you do in the studio?

It’s very similar, in that I take some sort of version of my studio out live; synthesizers, mixing board. I take out the analog modular stuff if I can. My concerts are a flowing, seamless, collective dreamscape that we’re all stepping into for a couple of hours. There’s an amazing amount of subtle tweaking, and responding to the space, and I can move into the realm of shadow. They can be overwhelming, I push the sound system to the limit, then back off. It’s like [being] in a sweat lodge, building the heat up until it’s almost unbearable, then rinsing off, and doing it again.

Is the ‘dreamscape’ in all your music?

Dreamscape, or dreamtime—that sort of space does lend itself to this beatless environment I’m creating. That can lead to all sorts of emotions, even terrifying images. It’s about gearing up the full experience of life—not a voyage across a placid sea—and to be confronted by, and overcome, and absorb the dynamics of life. My own desire is to do that in a non-verbal way, coming at it from ancestral memories that bubble up into the present moment, playing with how you experience lucid life, as well as these moments of highly activated, visionary states, confronting and purging, a cathartic release. These are the things I look for in music across the board anyway. I need to feel that.

You experience that in the desert?

Certainly. It’s like the tabula rasa state. What I get constantly when I step outside is that I’m in this place where my thoughts cannot be contained. It just feels like sound. I feel sound all the time—not necessarily music, but sound forms emerging when I see certain features of the desert. They translate to sound, and it’s renewing every day. That flow, wanting to be connected to that sound current, that’s the beauty of having the space to create in on your own terms.

Constantly creating; that wasn’t really supported in the music industry, that’s why I started my own label. That’s the beauty of Bandcamp. It’s been a gift for artists. I can start a piece Wednesday and put it up as a release Friday night, and my audience responds to that spontaneity. I have the opportunity to share this creative space that’s so powerful to me.