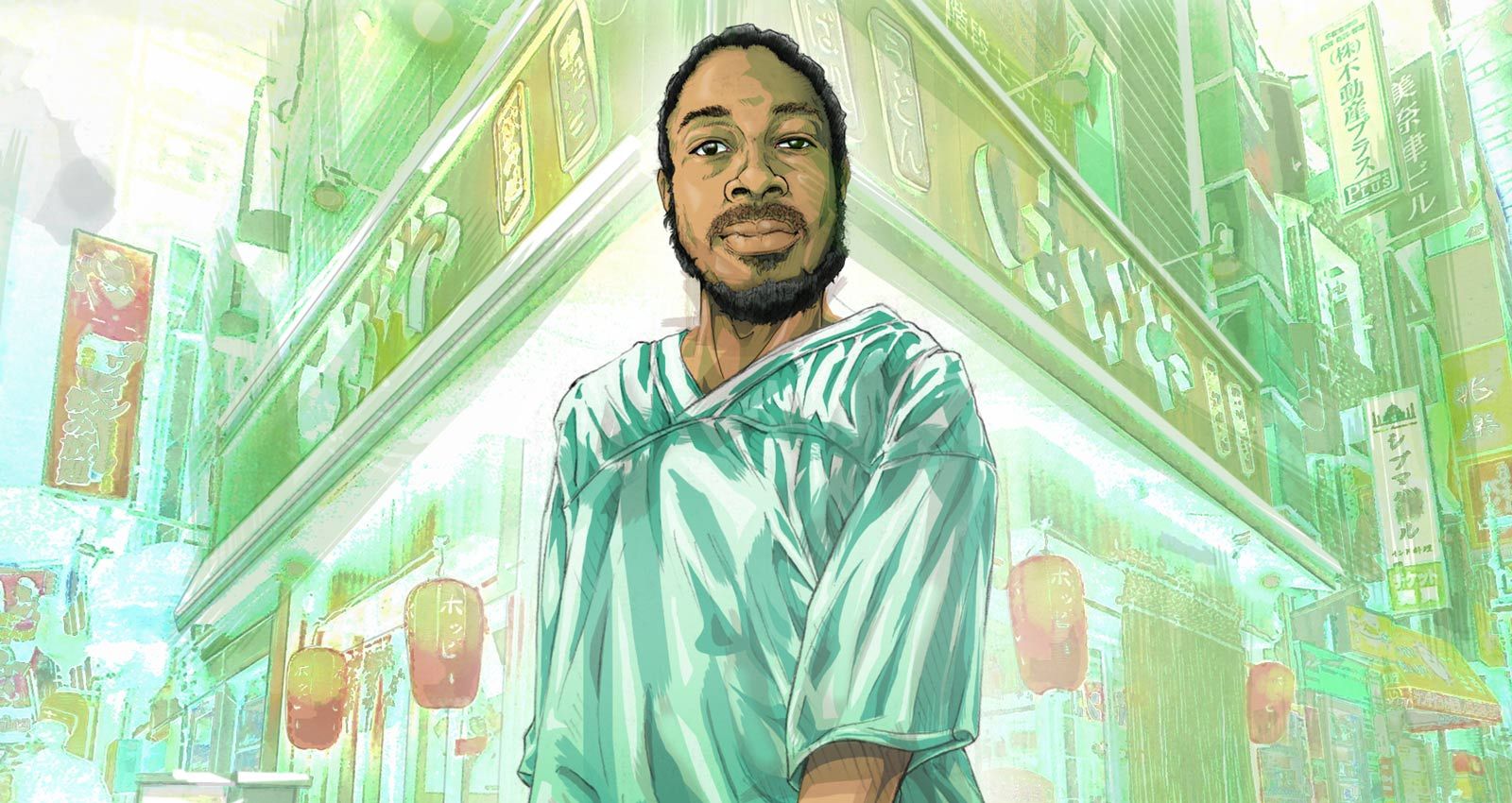 It was 2016 when the rapper known as Squadda B finally faced up to the fact that his career had stalled out. He’d spent the first part of the decade as one-half of the Oakland rap duo Main Attrakionz, releasing critically acclaimed albums and touring the country. But checks had begun to slow down In order to keep himself afloat in a rapidly gentrifying city, the 25-year-old rapper took a nine-to-five job at a coffee shop in an “out of the way” section of San Francisco. He assumed no one would recognize him. He was wrong. “The money was cool,” he recalls, “but more and more people seemed to know who I was, and it wasn’t a good feeling.”

Main Attrakionz debuted in 2010, a time when the world of internet rap still felt wide open. Tumblr was basking in ‘90s and ‘00s rap nostalgia, and blogs dedicated to niche musical movements were gaining devoted followings. Fans and music writers alike had begun deploying the terms “experimental” and “alternative” as a way to describe an emerging class of rappers who had a clear fluency with internet culture; it was a white-gaze way of separating “these” rappers from “those” rappers, the internet from the street.

But the duo, who had been rapping together since the 7th grade, didn’t neatly fit into either category. Over glitchy vocal samples and sparse percussion, Squadda B and Mondre M.A.N. rapped about hustling to make ends meet, and about their experiments with prescription drugs, and the details of day-to-day life in their North Oakland neighborhood. Along with their early collaborators—Berkeley rapper Lil B, New Jersey producer Clams Casino, and Bay Area production duo Friendzone—they pioneered a sound that blogs dubbed “cloud rap,” a reference to the airy instrumentals they rapped over.

The duo’s music—particularly 2011’s 808s & Dark Grapes II mixtape and Squadda’s solo outing, I Smoke Because I Don’t Care About Death—gained traction online. They caught the attention of tastemakers like A$AP Yams, collaborated with ascending stars like A$AP Rocky and Danny Brown, and performed at SXSW in Austin and at venues like Webster Hall in New York before they were old enough to drink. “I remember it being a whirlwind,” Squadda says. “That was like our college. Before that, I had just been in my neighborhood, in my house, recording.”

Initially, they embraced the “cloud rap” designation, shouting it out in their verses and working it into their song titles. But by 2013, as they were preparing to release their debut album, Squadda began to resent the fact that people were fixating on their use of Imogen Heap samples rather than the full picture of who they were. That reductiveness had consequences for the duo: They were pressured to work with predominantly white producers, something Squadda B calls a “gentrification” of their sound. “It didn’t feel like home to me,” he says. “It felt like I was being asked to not be myself.”

At the same time it was changing his music, gentrification was also changing the neighborhood where Squadda grew up. The friends who used to hang out at his mom’s house—and who occasionally appeared on their mixtapes—weren’t around anymore. The group had been on a high just a few years before; now they were experiencing what Squadda calls “the dirty come down.” Their debut album, Bossalinis & Fooliyones—which was released in 2012 and featured Bay Area regional heroes like The Mekanix and RobLo on production, and guest appearances by Gucci Mane and Zaytoven—marked a deliberate departure from their old sound. The result alienated some longtime fans.

At the same time, Squadda had begun turning to drugs as a way to deal with the social anxiety of performing. “I was depressed for sure,” he says. “When you’re leaned out all day, or you’re on pills, that starts to become a factor. We never ever stopped working, we just went our own ways and got deeper into our own shit.” After making just one more album together, 2015’s 808s & Dark Grapes III, Squadda and Mondre called it quits.

Squadda used the down time to take stock of his life. “We never had any grasp of life besides the group,” he says. “This time, it was about learning more about myself, knowing where I wanted to be, and seeing how different that looked from my day-to-day life.” He quit the barista job and became a worker-owner at a coffee cooperative around the corner from where he grew up. That stability allowed him to push forward with his music.

His solo work has reflected his evolution. “I’m a better person today,” he says. “There’s more issues I wanna face, more things I wanna stand up for, more people I wanna help.” As a teenager and young adult, his confessional rapping often skewed towards world-weariness. Now, at 29, his bars brim with optimism and wisdom. His production, which took Main Attrakionz’s early music to soaring heights, has become more focused and refined, trading clipped samples for stuttering rhythms and elegant synth beds. His latest album, Return of Dog, was recorded in quarantine, and inspired by Bay Area radio programs from the mid ‘00s, like Live 105’s Subsonic and 106 KMEL’s The Streets. On the album’s penultimate song, “New Life,” Squadda sings, “Darker times helped me see the light/ I come out twice as bright, twice as bright, twice as bright.”

And while the influence of Main Attrakionz on the new generation of internet-savvy rappers is unjustly overlooked, Squadda B is content both with where he is, and where he is headed. “You always forget who did it ten years before you,” he says. “That happens in music. For that to happen to me in any type of way, I’m grateful. It means I’m a part of the way this shit works.”