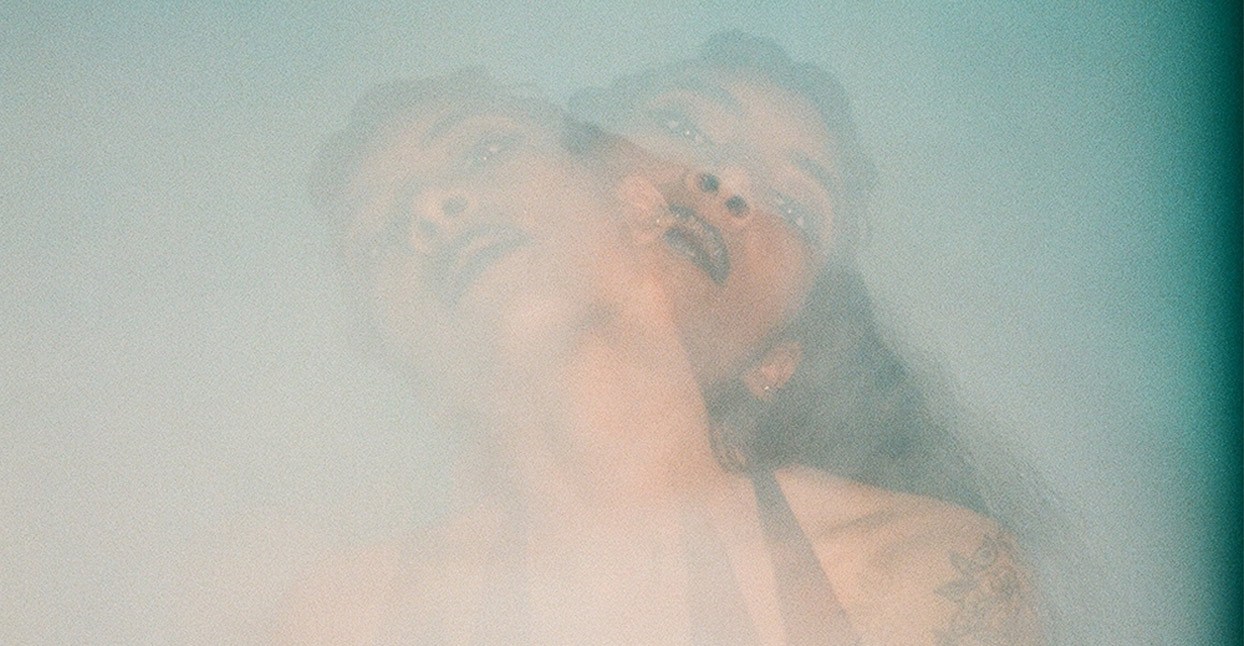 “I’m always looking up in the sky for my big moment to get abducted by aliens,” says Chrystia Cabral, aka Spellling. “I’m seriously always searching the sky. I feel like a lot of friends of mine have seen UFOs or seen something they couldn’t explain, and I’m always like, ‘When’s it my turn?’” There’s a parallel between the Oakland artist’s search for alien life and her creative endeavors; in both, she looks for the unexpected, the novel, and the otherworldly. Luckily for listeners, she’s got the songwriting toolkit to meld the strange, the synthetic, and the soulful.

Cabral has always been a writer—poetry, fiction, melodies—but it wasn’t until 2015 that she began taking music seriously. Two things set her off: watching a fellow San Francisco artist performing looped vocals; and having a close friend, who was an artist and dancer, pass away. “My motivation to go for it kicked up,” she says, “because time is short, and I wanted to carry out that legacy of creative generosity.”

This led to her first release, a handmade CD-R of recordings titled Crayola Church, which was something like a concept record. “I was teaching elementary school at the time, so I had crayons everywhere,” she says. “I took a Crayola box and made a record based on every color in the box… I would wrap the CDs in children’s drawings and write the track listing, so some people have those [editions].”

Cabral’s songwriting turned heads on her 2017 record Pantheon of Me, the debut Spellling full-length. (The album was originally self-released, though it has been recently reissued on vinyl by Ratskin Records.) Pantheon of Me had Cabral developing the microKorg as her primary compositional tool, floating her powerful vocals atop a sea of melodic and atmospheric synths, across 13 heavy, ghostly songs.

“With Pantheon, I was kind of using synths as more of an ambient tool—more blended,” she says. “On Mazy Fly, there are sharp moments where the synth is allowed to have a voice of its own.” Just listen to lead single “Haunted Water” for proof; the melodic synth lines are thicker and stronger. Cabral has since upgraded to using a Juno-106, though the microKorg still makes appearances.

Mazy Fly doesn’t completely cast off Pantheon of Me’s spectral mood, but it is more playful. “Real Fun,” for instance, features overt nods to those aforementioned aliens. “I wrote ‘Real Fun’ as a romantic idea that aliens were in love with the music of Earth, and wanted to rock out with us. No other intention! That’s it! I love that playfulness that artists like Parliament/Funkadelic had. The galaxy as this potential party, and music as the vehicle for that.”

Cabral is influenced by dreams, as well; to her, knowing and analyzing one’s dreams is the same as knowing one’s own self. “I keep a dream journal so I can be in the habit of reaching into the recesses of my imagination,” she says, “and all of the curiosity that dreams uncover, trying to understand… I believe in understanding your own personal worth and destiny, and it takes a lot of work to do that.”

Cabral has kept that dream diary at the foot of her bed for nearly six years, during which aliens have made an appearance or two. She remembers dreaming of bright red neon lights looming over Brooklyn after playing shows there. “In the dream, the moment lasted forever,” she says. “There was a crash of thunder and a flash of light. “I woke up and was like ‘Oh my god! I was abducted!’ And it felt so real.”

Mazy Fly is a massively enjoyable record, but it’s also a personal endeavor, referencing generational traumas like Middle Passage voyages on “Haunted Water,” one of its heaviest songs. The record’s title worms its way into “Secret Thread,” an organic ballad featuring strings and saxophone that alludes to the hidden bindings of the universe: “Mazy Fly” is the name she’s given to a spirit that moves through her music.

“There’s a secret thread / Keeps me from death / When I jump of the edge / I float right back up again,” Cabral incants during a quiet section on “Secret Thread.” It paints “Mazy Fly” not so much as a presence, linking her dreams with extraterrestrial wishes and the playfulness of P-Funk, but a guardian for humanity’s shared pursuits. In many ways, this section provides the album’s centerpiece, as she sings, “What do I need to know / About the deep below / My shadow zone / At the bottom of the saxophone?” before a woodwind blast swings the song into a universe of better possibilities. It really is the stuff of dreams.