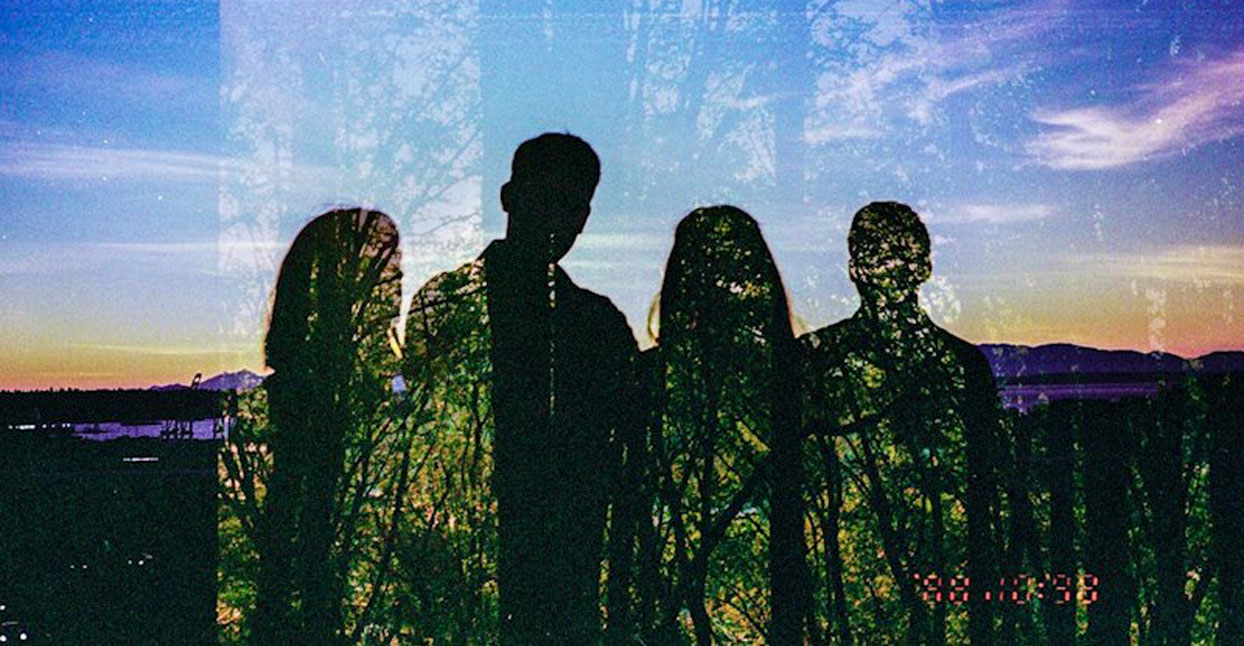 The journey of somesurprises begins down the winding roads and rolling hills outside of Charlottesville, VA. Natasha El-Sergany was just out of law school when she began recording hundreds of wispy psychedelic soundbytes featuring lightly strummed guitar and her tempered, hushed vocals. El-Sergany’s quiet experiments led her to the Charlottesville scene, where she found a home of sorts.

“I met people who had formed an underground music community and held house shows,” El-Sergany says. “Virginia was a formative place for me. The music was discerning and experimental, the artists humble, and the audiences attentive and friendly.”

Virginia was also the home of El-Sergany’s first job in immigration law, as a volunteer at the University of Virginia Immigration Law Clinic. “I went to law school hoping to work in a human rights field, and somehow ended up working as an immigration lawyer during the Obama and Trump administrations,” she says.

El-Sergany’s career prospects took her to Seattle; by 2016, she was beginning to enter the Emerald City’s own experimental scene, while immersing herself further into immigration law. At first, El-Sergany separated her job from her music: “I don’t write overtly political music, because I’m not trying to persuade anyone to agree with my politics,” she explains. Her attention turned toward those rudimentary musical snippets she had accumulated, thanks to a friend who was launching a cassette label.

“None of the recordings were intended for release, just snippets that I could easily send to friends,” she says. “It was fun going through them all to choose which ones had accidentally formed into releasable songs.” The result was 2016’s voice memos, a release that captured the intimacy with which those moments were initially recorded.

The cassette’s release during Debacle Fest 2016, a multiple-night festival showcasing the various threads of experimental music within the global community, marked a pivotal moment for El-Sergany and somesurprises. Sharing the bill was Josh Medina (along with his oft-collaborator Paul Walsh). El-Sergany bought their tape (she describes the music on that release as “big moth energy”); this was the first time their paths crossed, but it certainly wasn’t their last. “Our bands played a show together opening for Circuit Des Yeux, and [Medina and I] started to play together after that,” she says. “While I had tried to make somesurprises a hybrid song/noise band before, Josh and I shared a vision about making clearer songs with space for collaborative improvisation and experimentation.”

In the three years since Medina joined somesurprises, the band has continued to grow and play with different genres across a spate of cassette releases, adding elements of folk and drone to El-Sergany’s melodic voice. They’ve also enlisted a number of collaborators along the way, including Emma Danner, Andrew Scott Young, Nico Sophiea, and Laura Sineow. The culmination of this growth is the band’s full-length self-titled album, out via Drawing Room Records. For what became, as El-Sergany puts it, “the album,” it was a much different experience than her days in Charlottesville uploading and deleting rudimentary music ideas to the Internet.

“[The record] grew steadily to become [this] big project we spent countless hours working on. The brand-new world of overdubs and harmonies was especially fun, but everything else is just reflective of how we were practicing and playing live,” says El-Sergany. This painstaking work has paid off; the lo-fi reflective psychedelia that has come to characterize somesurprises’ sound is still present on somesurprises, but it’s augmented with crisper production and the additional creative input of the extended line-up. “We have learned to try to play with each other and not over each other, and where the waves of intensity come in, so we can build and fall at the same time,” El-Sergany says.

Her day job has also crept into her songwriting, despite her best attempts. “I specifically would not write about things directly related to the issues I’ve come across in my work,” El-Sergany says. She was worried that her experience was second-hand to those experiencing the upheaval and separation of the current U.S. immigrant experience. However, the album’s finale, “Cherry Sunshine,” draws its inspiration from what her clients face—“how unfair it is that capital can freely cross borders, but workers cannot—at least not without those in power attempting to force people into hiding and dehumanize them through white supremacist systems,” she says.

The song is written “from the perspective of the wealthy people who profit from private prisons and immigration detention centers who continue to benefit from the misery and exploitation of immigrants,” she elaborates. It’s a bright and vibrant track, mixing her distant and distorted vocals with Medina’s “very careful yet casual fingerpicking style,” as El-Sergany describes it. Yet that surface atmosphere belies the realities beneath it, as well as the fact that the song comes from the very close pull of El-Sergany’s personal feelings, even if the message may fall on deaf ears. “I feel like basic human rights and dignity should be non-negotiable,” she says. “If you’re fine with what’s going on, I have very little to say that would impact your judgment.”