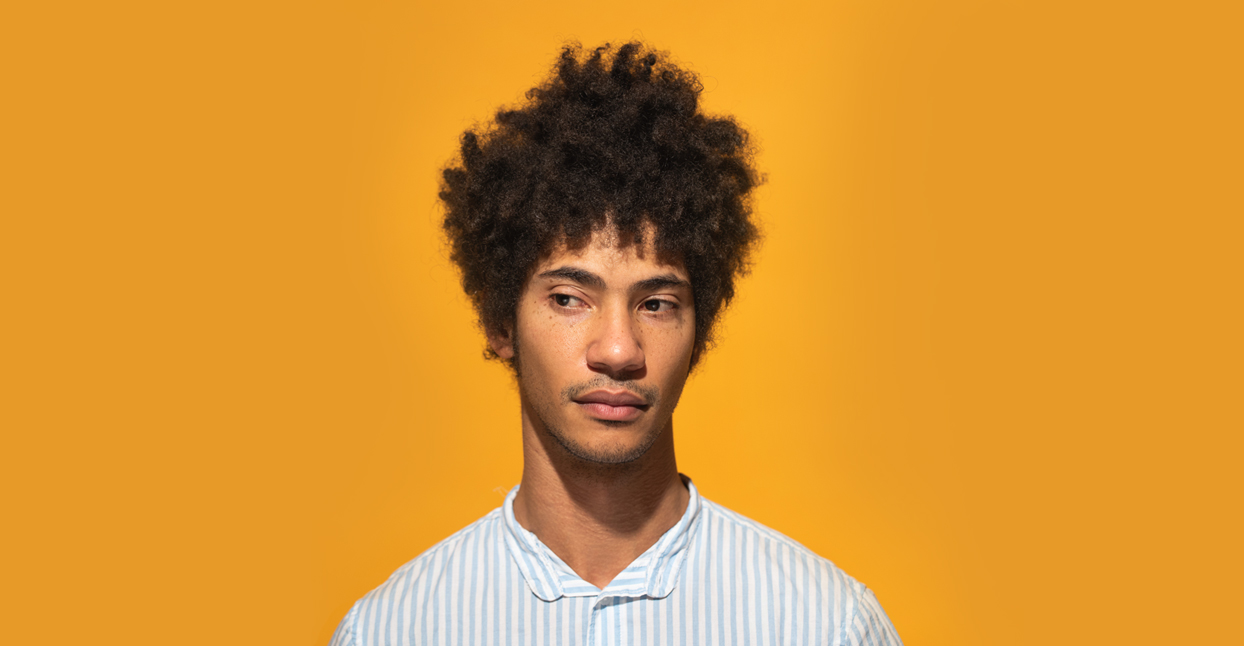 The South Africa-born, British-raised multi-instrumentalist and singer Skinny Pelembe has been using his discography as a way to write little notes to himself. The title of his 2018 EP, Sleep More, Make More Friends, is advice he gave himself in one of his dream journals, the contents of which he also uses as rough sketches for his lyrics. His full-length debut, Dreaming Is Dead Now, is a reference to his favorite way to write songs: by going to sleep, and letting his subconsciousness reign free.

“I just wake up and write everything,” he says. “It’s probably the most honest I’m gonna be able to be about the filter that I have when I’m awake—of things that I don’t want to think or say. I would just write down what I dreamt, and then figure it out later. It’s also a really lazy way to write lyrics, because I can do it while I’m sleeping. The economy of being able to do something while you sleep is brilliant, in my mind.”

It’s an unusual practice, but it’s a method that has led Skinny Pelembe—neé Doya Beardmore—to piece together diary-like lyrics that trace his journey from an aspiring teenage musician in the northern city of Doncaster, to a world-renowned electronic musician and MC who caught the attention of Gilles Peterson’s Brownswood Recordings. On Sleep More, Make More Friends, Pelembe collaborated with the London trio Hejira, trumpeter Emma-Jean Thackray, and vocalists Yazmin Lacey and Sonia Bernardo on songs that contemplated the aches, pains, happiness, and longing of loves both gained and lost.

On Dreaming Is Dead Now, Pelembe cuts even closer to the bone. Using intricate lyrics, and an expertly crafted sound that draws on reggae, dub, jazz, drum & bass, folk, house, and hip-hop, Pelembe distills the complexities of migration, and the micro- (and not so micro-) aggressions he experiences as a visible minority in a metropolis. He also tackles love, heartbreak, death, and new life, offering dispatches from his decade-long journey to becoming the artist that he is today. “For me, it’s therapeutic to be able to get everything I feel out on a record, and in a creative way,” he says.

The album opens with a pair of powerful tracks that set the tone for the remainder of the LP. “Gonna Buy a Car Today,” which utilizes subtle percussion, arpeggiated guitars, and undulating basslines, addresses the elusiveness of true happiness, the need for drastic change, and the inevitable loss of love that change may bring. That song is followed by “No Blacks, No Dogs, No Irish,” a tightly produced drum & bass-meets-jazz-and-funk track, made in collaboration with famed producers The Bleeding Edge. Using a xenophobic phrase popular in 1960s Britain, Pelembe discusses the racism and othering he felt when he migrated to London.

“The idea for that song started quite a few years ago, when there was a horrible murder of a soldier in the U.K.,” Pelembe explains. “I don’t really want to talk about that, because I don’t want to benefit from somebody’s loss. But, that happened, and then in the newspapers and in the media, there was a xenophobic air for a few weeks. As I was going to work, or getting on the train, somebody would be like, ‘Go back to Pakistan, or go back to Iran,’ or something like that. And they would never get the country right, because it’s hard to guess where I’m from. That happened for a little while, and it got me down. The city is a much more multicultural place now than it was at the time.”

While Dreaming Is Dead Now begins with a tough indictment on xenophobia and racism in the U.K., the album doesn’t dwell on these themes; instead, it evolves to become a beautiful exploration of the pivotal moments that have marked Pelembe’s life throughout the past decade. “Laxmi Flying” features lush, ethereal harmonies and choirs, and a looping sample of a girl saying the phrase, “Laxmi flying above the Earth.” It’s a track that celebrates the birth of his niece, penned the very day she was born. The title track, with a vocal hook that paraphrases Ella Fitzgerald’s “Summertime,” feels like yet another note from Pelembe to himself, reminding him to live in the present; on album closer “Blood Relations” Pelembe processes the death of his father.

“I definitely don’t want to kind of push any story or political view with this record,” he explains. “I’ve made the tunes, that’s the hard work. It’s up to everybody else to put in a meaning to it. I realize that that’s also quite hypocritical, after having a song called, ‘No Blacks, No Dogs, No Irish.’ But, it’s up to you to put your experiences on it, and hopefully make it more personal.”

On Dreaming Is Dead Now, Skinny Pelembe comes into his own as an artist, embracing the musical knowledge and styles he’s absorbed from his surroundings and circumstances, and bending them, in a strange alchemy, to produce music that is as rich in meaning and perspective as it is intricate. In doing so, he demonstrates ways to find the beauty and embrace the difficulties in a complicated world.