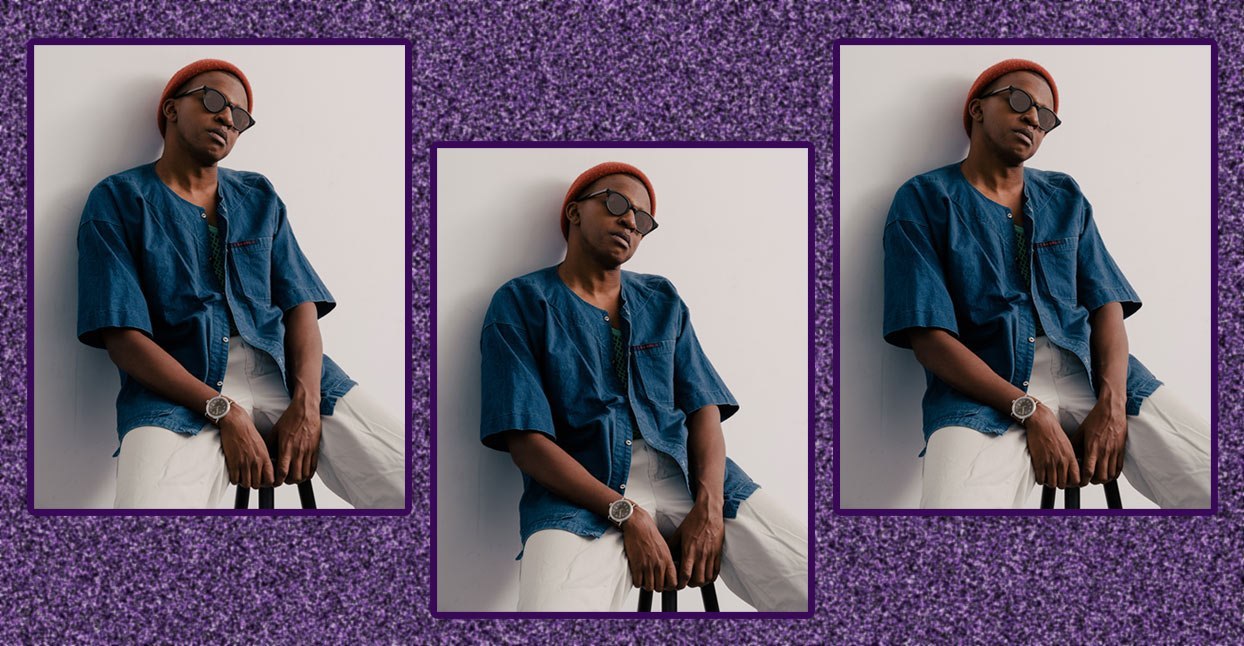 “For a long time, because of the way I grew up, I was paralyzed trying to understand where my Sudanese identity ended and where my American identity started,” says Ahmed Gallab, aka Sinkane. With this theme of displacement in mind, Gallab created his most personal record Dépaysé, which explores identity—how one defines oneself, versus how society does.

In the past, Gallab has co-written with others to create a more generalized musical experience, appealing to emotions and ideas understood by all regardless of differing circumstances. More recently, he has adopted specificity and individuality in his musical approach. “I would go back and listen to my favorite records from people like Bob Marley or Sly Stone,” he remembers, “and all my favorite songs by them would be so personal. They had very strong personal anecdotes. That’s why I connected to these songs so much,” he says. Inspired by these artists, Gallab wrote the majority of Dépaysé alone, focusing on the thoughts, feelings, and growth he’s experienced since 2017’s Life & Livin’ It.

Dépaysé features songs like “Ya Sudan,” a danceable, Afrobeat-inspired track which tackles Gallab’s insecurities about being Sudanese-American. Despite people telling him things like “You’re not quite Sudanese, or you act like a white person,” Gallab says he found confidence in saying that “I can be whoever I am, and whoever I am is Sudanese and is American. They both make up who I am.”

For Gallab, the way one responds to the world’s hate and violence is a key factor in discovering self. Toward the end of the introspective, guitar-driven “On Being,” he sings, “As these dark shadows loom, fogging up our view / We maybe never know but we can always choose / Hate or truth.” According to Gallab, this observation was inspired by civil rights activist Al Hajj Sheik Kenneth Murray-Muhammad, the founder of the first mosque in North Carolina, whose message of social justice and community support spoke to him. “It feels like a lot of old, dark elements of our culture are coming back to us now through the Trump era—the influence of racism and nationalism and the border wall [conflict],” Gallab says. As the world continues to shrink through technology, he feels the stakes continue to rise. “Nowadays, it’s a bit more universal. We’re not just speaking for black people, but to everybody. Choose for yourself.”

Throughout the album, Gallab chooses themes of truth and mercy over hate and conflict. On the anthemic “Everybody,” he extends “Mercy to the ones with conceit / Mercy to the ones without peace / Mercy to the ones who keep sayin’ to Make America Great Again.” Though forgiveness isn’t always the easy or popular option, Gallab affirms, “You don’t fight fire with fire. If someone does something terrible to you, it’s just perpetuating the hate if you do the same thing back. All that says to me is that two people don’t understand each other and aren’t communicating well.”

Despite the turbulent political climate, Gallab and his collaborators continue to fuel themselves and their music with hope. “I’m more realistic and less idealistic than I used to be,” Gallab confesses. He admits, however, “It’s really important to be hopeful.” By carrying on the spirit of hopeful realists like Sly Stone and Bob Marley, Gallab reminds us, “Just because shit sucks or just because the world is a tough place to live in, doesn’t mean we can’t have a good time.”

Nowhere is this idea expressed better than album closer “Mango,” a radiant, reggae-infused tribute to Gallab’s girlfriend which reminds us that relationship and human connection allow us to transcend the gloom around us. Though Gallab has plenty to say on Dépaysé, it’s here his singing is the most passionate. Perhaps that’s a sign that relationship and friendship are steadying forces for Gallab—that though he now writes on his own, he’s well aware of the importance of community.