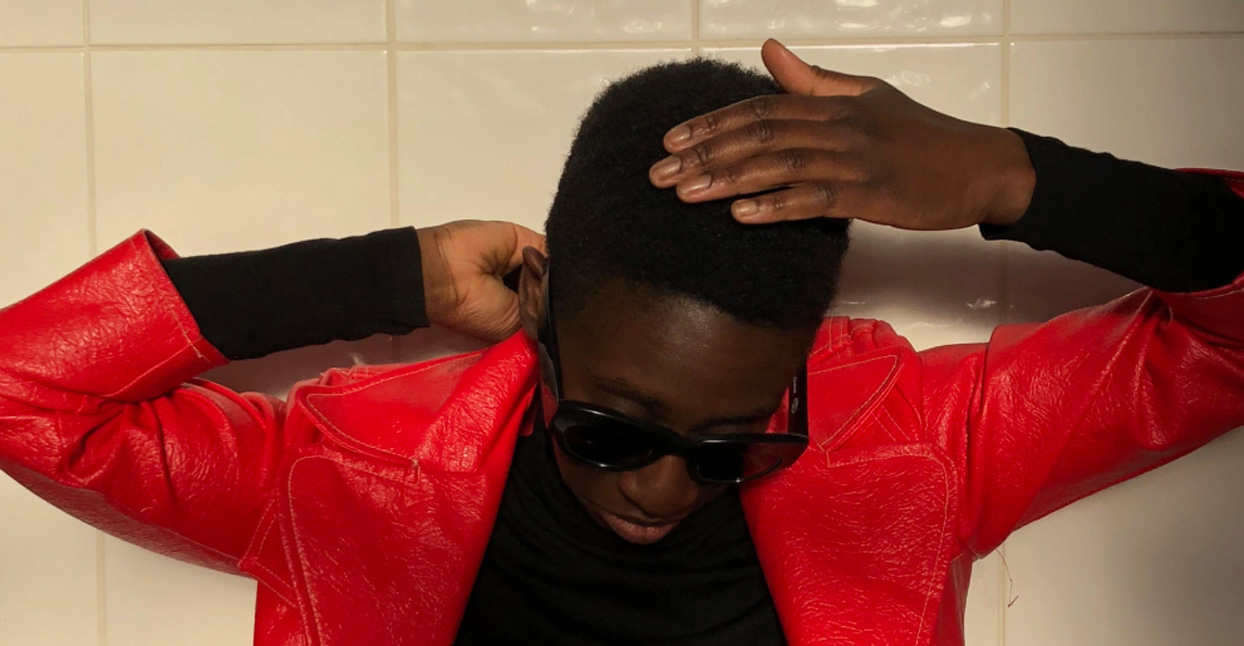 Shirley Tetteh’s not even 30, and she’s rapidly becoming one of the most important jazz musicians in the UK.

In the last three years, Tetteh has been featured on some of the most exciting recordings to come out of this scene, including vocalist Zara MacFarlane’s Arise, Camilla George’s The People Could Fly, and bassist Daniel Casimir’s Escapee. She’s also a member of three of the most vital bands in the city: drummer Jake Long’s spiritual jazz ensemble Maisha, alto saxophonist Cassie Kinoshi’s SEED Ensemble, and the seven-member collective Nérija (pronounced “Nair-ee-ah”), who just released their full-length debut, Blume. And she’s quietly released a pair of arty pop singles as Nardeydey, with more on the way this year.

It’s a hectic schedule to be sure, but Tetteh has always been driven. “I was playing a lot of sports when I was younger,” she recalls. “I thought I was going to be a footballer until I got a little bit injured when I was 15 or 16 and had a bit of time out. During that time out, I decided I was going to concentrate on music.”

She grew up absorbing a broad variety of sounds, including the Ghanaian music of her parents’ generation, as well as radio pop, grime and U.K. garage, and even bluegrass. She eventually developed a taste for shreddy prog and fusion guitarists. “I had a massive Steve Lukather [of ’80s pop band Toto] phase,” Tetteh says. “I saw him do the craziest things with a whammy bar, making it sound like a slide guitar, and he always had these really cool tricks up his sleeve and insane technique. I like Jeff Beck, Jimmy Page—the same people as everyone else—and I love Allan Holdsworth. I think he’s incredible, particularly the Secrets album.”

Tetteh’s own playing is chameleonic; she can strum out gentle jazz chords as she does with George, or stretch out on a ripping Grant Green-esque solo as she does on “Osiris,” the nearly 12-minute opening track on Maisha’s There Is A Place. She uses relatively few effects, at least in part because, as she confesses, “I’ve lost two batches of pedals on the train.” Her guitar is a Cort Yorktown, a hollow-body instrument that looks a little like a Gibson if you squint. “I think it’s made in Korea,” she says. “There are guitars that are amazing, that are really well made and stuff—this might not be that kind of guitar, but I just happen to really like it.”

Tetteh’s involvement with Tomorrow’s Warriors, a program founded by bassist Gary Crosby that provides musical education and artistic development to young jazz players, was crucial to her development, and helped kick-start her career. “I hung out with Tomorrow’s Warriors a couple of months after I got into jazz,” she says. “The first time I went to their sessions I met Moses Boyd, Theon and Nat Cross, Tyrone Isaac-Stuart who’s a great alto player, Jared Boswell, Sheila Maurice-Grey, Nubya [Garcia]…”

Maisha’s three-track debut EP, 2016’s live Welcome To A New Welcome, was Tetteh’s second recording. Led by drummer Jake Long, the band features Garcia, Tetteh, keyboardist Amane Suganami, bassist Twm Dylan, and percussionist Tim Doyle, making music that combines spiritual jazz in the vein of Pharoah Sanders or Alice Coltrane with West African rhythms. Their studio debut, 2018’s There Is A Place, was more polished, adding a trumpet, a string quartet, and a harp to their sound. “Band-wise, it was a couple of days or a week, ’cause all the music was written already and we’d been gigging it, so we went in and played it, which was nice,” Tetteh recalls, “and then Jake went away and did some string arrangements with someone else.”

In Nérija, Tetteh is joined by Garcia, Maurice-Grey on trumpet, Cassie Kinoshi, Rosie Turton on trombone, Lizy Exell on drums, and Rio Kai (the only man in the band) on bass. “Rio was someone we met through the Warriors, he’d been to a lot of the gigs and we really enjoyed playing with him, so it just made sense,” Tetteh explains. “I think the all-female thing is more of a thing in other people’s heads than it is for us. We’re just a group of friends, really. We just want people to see it the way we see it, which is us making music with the people we love.”

According to Tetteh, Blume is a showcase for the increasingly collaborative nature of Nérija’s music. “We wrote a lot more things together. For the first EP, everyone just brought tunes to the band and we played them. On this album, we wrote three songs completely together, and there’s little bits and pieces where maybe one or two people wrote more than others. There’s two tunes that were brought in fairly complete, and then for others people brought in ideas and we helped flesh them out. And then there’s maybe three tunes where we all had a fairly equal stake. That was a major difference, just workshopping ideas and writing together.”

That spirit of togetherness is audible in the finished record — Nérija has a voice now, separate from that of its members, many of whom (Garcia, Turton, Kinoshi) lead other bands. SEED Ensemble, whose debut Driftglass was released in February, shares four members with Nérija: Kinoshi, Maurice-Grey, Tetteh, and Kai. The band numbers 10 in all, and the leader’s compositions are complex and tightly arranged, frequently serving as a backdrop for poetry or spoken word expression. Tetteh serves mostly as a member of the rhythm section along with Kai, drummer Patrick Boyle, either Joe Armon-Jones or Sarah Tandy on keyboards.

According to her, Kai and Boyle bring tricks they learned with Tomorrow’s Warriors, studying the music of Steve Lehman, Steve Coleman, and Andrew Hill, and “they’ll play all of that stuff on Cassie’s music, which none of it’s in four anyway, and they’ll throw a lot of challenging things your way. So that’s the major challenge, is listening to everything that everyone’s doing and playing something creative over the top of it and keeping your place ’cause Patrick and Rio are always fucking with you, in the best way. It’s really enjoyable—they’re one of my favorite rhythm sections to play with in the U.K.”

Old-school jazz fans know to flip the album over and check the credits when making a purchasing decision. Judging by her latest work, Tetteh’s name may very well become a selling point in its own right, just like Grant Green’s, Kenny Burrell’s, or Jim Hall’s. But because of its players’ backgrounds and the cultural environment they came up in, the music of the London scene will always sound completely different from American jazz or anything else. “For me, it was just kind of something that happened once I accepted that I could allow all parts of me to exist,” Tetteh says of her sound. “We’re not Americans, and we couldn’t try to be.”