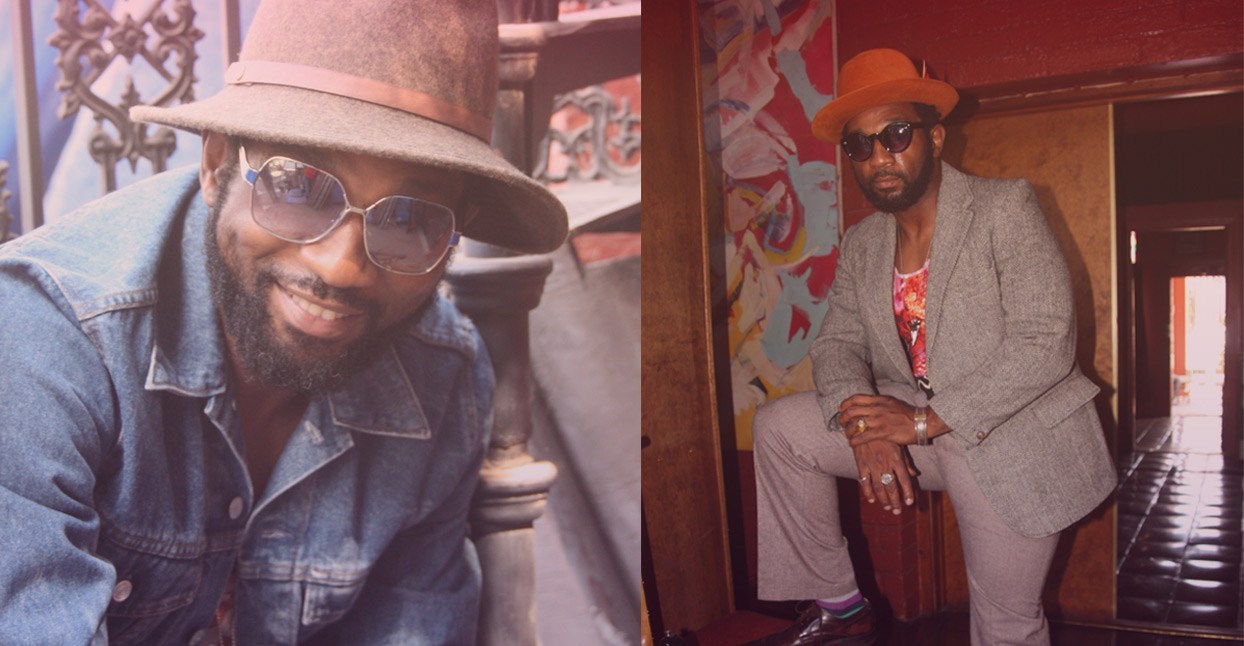 Nearly a decade in the making, the latest full-length from L.A. producer Shafiq Husayn is as colorful, warm, and inviting as it is experimental and eclectic. The album illuminates the connective tissue that binds hip-hop, jazz, R&B, funk, and fusion; Husayn created the beats and basic structures of the songs with songwriting partner Jimetta Rose, then assembled a cast of guest musicians to help flesh them out into complex, fully-realized compositions.

“The creative foundation for the album is Jimetta Rose, who is a co-writer and performer on a lot of the songs,” Husayn says. “We had a lot of things that were already there—raw, foundational ideas and skeletons—that I brought to the table. Anderson .Paak is behind maybe a good third of the album. Brother I, Ced was also instrumental in the process, as far as straightening out a lot of stuff.”

Husayn is best known as one-third of the pioneering future soul collective Sa-Ra Creative Partners. The outré R&B aesthetic that group explored on albums like 2007’s The Hollywood Recordings and 2009’s Nuclear Evolution: The Age Of Love became the seed for the funky, futurist Black psychedelia that would develop into now-popular genre tags like “lo-fi” and “alternative R&B.” Featuring a rotating assemblage of guest vocalists and instrumentalists, the Sa-Ra sound was a result of the crew’s collaborative approach to making music. By the time Husayn struck out on his own with 2009’s epic Shafiq En’ A-Free-Ka, the Sa-Ra camp had racked up collaborations with artists like  Kanye West, Flying Lotus, Erykah Badu, Talib Kweli, and J Dilla, and had mentored future stars such as Anderson .Paak, Ty Dolla $ign, and Jimetta Rose.

The Loop’s tracklist features cameos, too—from associates like .Paak, Badu, Thundercat, Hiatus Kaiyote, Fatima, and Miguel Atwood-Ferguson. Each song is a testament to Husayn’s power as a producer and organizer, allowing each individual personality to shine through, while also coalescing into a cohesive whole. .Paak’s distinctive rasp melds beautifully with the thick vocal harmonies on the bouncy, clavinet-infused “It’s Better For You,” while Robert Glasper’s fluid melody lines and electric piano chords help propel “Optimystical”’s breezy atmosphere and complex rhythms. “Cycles,” featuring Hiatus Kaiyote, opens with a muscular, swinging groove before taking off into a swirling chorus of cosmic synths and vocal harmonies. “Mrs. Crabtree” expands a double-dutch chant into a meditation on mutual aid and revolution. As the song’s regal brass lines rub against a rubbery drum and bass groove, Badu implores the teachers of the world to “tell the truth to the youth,” while Husayn says, “Put your hands up like you asking for help.”

The Loop draws its strength from the power that comes from that kind of collaboration. Its songs were drawn from a full decade’s worth of recorded jam sessions that Husayn carefully molded into a finished product. “I’d take the jam sessions treat them like a sample,” he says. “I’d find sweet spots and put the track together based on those sweet spots, just like I would chop records. I already hear the song at that point, so I’m working toward what I hear in my head. In the completed song, you have both what I hear in my mind, and the personalities that demonstrate the work. I don’t put any restrictions on them and how they want to play their parts. I just give them a little direction.”

Husayn’s musical vision is fundamentally communal. And while The Loop’s big-name guests will likely draw attention to the project, it feels deeper and more complex than the typical big-budget, feature-heavy release. Much in the same way that classics by Parliament-Funkadelic, Rotary Connection, and Earth, Wind & Fire are group efforts that sprung from the brain of a single founder, The Loop is music born of Husayn’s singular creativity, but forged in the spirit of cooperation and egalitarianism.

“Everybody’s playing parts or characters. When you get the personnel to fulfill that part, to manifest it, you have what’s going on in my mind but it’s their personality that’s actually going to demonstrate the work,” says Husayn.