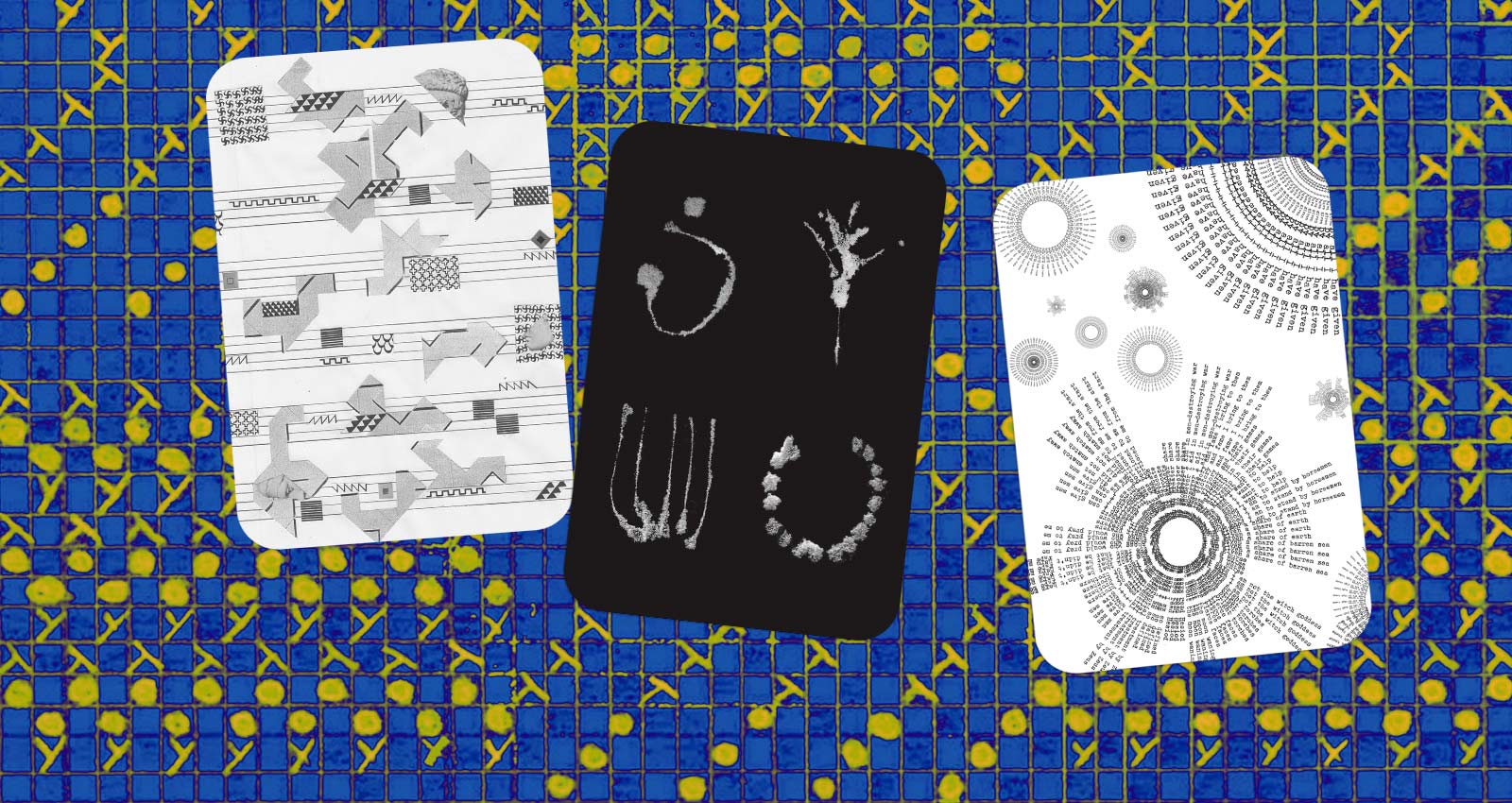 Witches and magic are having a cultural moment right now. Tarot, crystals, and oracle cards have all rapidly risen on Google Search Trends, and the #witchtok tag on TikTok has 19.8 billion views and counting. The mass interest has made for more opportunities to educate the public about magic, which indirectly led to Séance Centre’s new compilation, Incantations.

In early 2021, a colleague of Séance Centre co-owners Brandon Hocura and Naomi Okabe asked them to participate in a virtual symposium put on by The Witch Institute. The event centered around the impact of current media representations and misrepresentations of the witch. For their part, the duo chose to test the boundaries of spells and incantations with music, recruiting visual artists to create spells using different mediums—Salt circles, typewriter poems, scores, etc.—which were then presented to musicians to bring to life. Simply put, the spells are the blueprints, and the incantations the finished product.

“In thinking about the themes, we considered what a spell is and wanted to explore the idea of any text, score, or visual works as being a potential spell,” says Hocura. “It naturally ended up being one-way, [converting a] visual to sound. Because of the range of artistic modes, we asked that the artwork be monochromatic, and the restrictions of vinyl side length dictated how many artists we approached, and the maximum length of the tracks.

Each artist knew which musician they were paired with, and had varying levels of exchange. Barring one, the visual spells were created specifically for the project. Each spell took about a month to create before being passed over to the sound artists. “We wanted the artists to explore and meditate on the ideas through an artistic lens, respecting that witchcraft has a long tradition and magic is revered. We wanted to explore a variety of artistic expressions and styles, so we actually started out with a list of potential visual forms that we wanted to include, and that helped us pare down our list.”

For instance, when the two approached the poet Dani Spinoza, author of OO: Typewriter Poems, ”she replied that she had been researching Hekate, a Greek goddess associated with witchcraft.” The two then showed Spinoza’s work to Gavilán Rayna Russom, a practicing witch, who revealed that she had also recently returned to researching Hekate for a class she teaches called “Queering European Witchcraft Traditions.”

The result is “Shadows Cast by Moonlight,” an expansive ambient track complete with massive reverb, sweeping wind, rumbling thunder, and a menacing synth pattern that cuts through the storm. “Needless to say, they unlocked the gate,” said Hocura.

Another magical coincidence emerged during the creation of the serene spoken-word track “a spell for the present moment.” Okabe had been following adrienne maree brown’s work and listening to her Emergent Strategy podcast and heard her say that her dream guest was Beverly Glenn-Copeland, who has worked with the label in the past.

“[Séance Center] had reissued Keyboard Fantasies [by Glenn-Copeland] back in 2017, and it was a sign that we had to connect them,” said Okabe. “So it all came together in a Zoom conversation between the two covering turtles as spirit animals, the metaphor of the river, amidst other affirming discussions. Glenn-Copeland expressed that he was in a fallow period musically, so we decided to explore the idea of a simple spoken incantation which acts as the closing mantra of the compilation.”

The compilation’s look at unconventional spells even includes a baking recipe. For “Ginger Soy Milk Pudding,” the two tapped the electronic producer Yu Su—who also runs the Instagram cooking account @yusucooks—to create a recipe for her partner, Scott Gailey, to interpret. Another of the more arcane forms of spells used on the record is textile making on “Textile Trance,” by Museum Of No Art. “The whole concept is really a fancy way of saying, artwork begets artwork,” says Hocura. “Inspiration is a real magical force.”