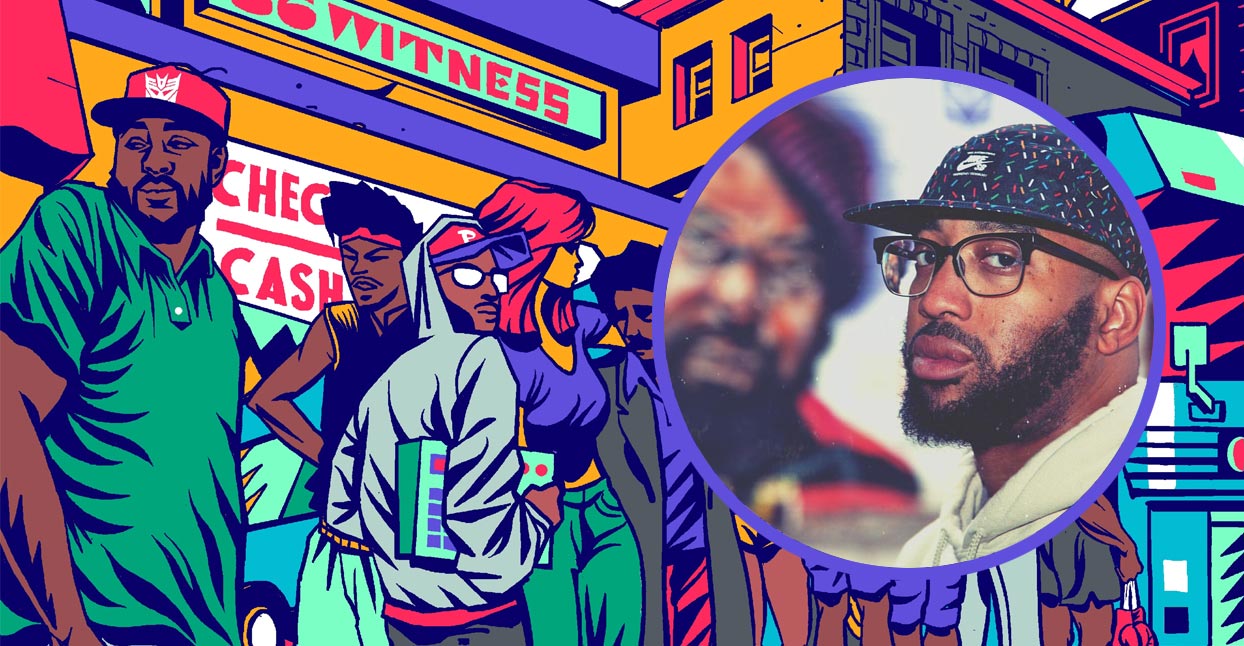 On August 8, 2015, the Philadelphia-based beatmaker Small Professor received a message from a friend asking if he’d seen the latest Instagram post from DJ Premier, the legendary producer and spiritual godfather of the hip-hop underground. When Small Pro checked, he was faced with terrible news: rapper Sean Price had died. Price’s departure, at just 43, was felt throughout hip-hop. The husky-voiced MC was beloved for his brawny, punchline-packed lyrics and remarkably fluid flow, coupled with his no-holds-barred sense of humor. “The whole rap world kinda stopped when they heard,” says Small Pro. The news hit Small Pro especially hard; unbeknownst to most of the world, he had been working on an album with Price.

Three years later, that album—titled 86 Witness, in honor of the styles and swagger of hip-hop’s early golden era—has finally come to fruition. The release is coordinated by Coalmine Records, who facilitated the relationship between Small Pro and Price, and Duck Down, the late rapper’s long-time label. Posthumous hip-hop albums don’t exactly have a stellar reputation; releases bearing the names 2Pac and Biggie have seemed like cold-hearted cash grabs rather than music designed to further their legacies. But the cast behind 86 Witness ensure the final product hits home.

The idea for 86 Witness was sparked in 2013 when Matt Diamond, founder of Coalmine, asked Small Pro to remix “Murdah Type Thinkin,” a track Price had recorded with Australian producer M-Phazes. “Matt told me later that P was over at his house and he played [the remix] for him and he liked it,” recalls Small Pro. Price reached out on Twitter to say he admired his work, and Small Pro began sending him beats. In December 2014, Price started writing and recording rhymes for a joint album.

Barely eight months later, Price died, leaving 86 Witness incomplete. Price had recorded his verses, the beats had been selected, and the roster of guest MCs—which includes Quelle Chris, Guilty Simpson, and Rockness Monsta—had been approved. But fine-tuning these parts into a thematic whole was in a state of chaos. There were paperwork and legal issues to be addressed, primarily with Duck Down and Price’s wife, Bernadette, who’s become the guardian of the rapper’s legacy.

“I’d be remiss to say there weren’t initially a few bumps in the road [and] it was no doubt a delicate matter,” says Diamond. “But when it came time to move forward, we did just that and we handled everything well. My primary caveat was that I did not want anything to be creatively compromised or altered.”

Dru Ha, Duck Down’s co-founder, says Price recorded “a lot of music before he passed.” Negotiations about how to release this music haven’t been specific to 86 Witness—it’s been a case of ensuring everyone who made music with Price “had the proper deal in place with Sean.” To Coalmine’s credit, Dru Ha says they “presented [86 Witness] to us almost like a finished product, like they A&R’d it and made it come together.” He adds, “I think the album’s right up Sean’s alley: he loved to rhyme, he didn’t love [to do] the hooks, he didn’t love completing songs! This [album] speaks to that. Sean did his part and Coalmine and Small Pro finished it off.”

Small Pro’s production, which he describes as “dark and grimy ‘90s beats,” is a natural foil for Price’s weighty voice. The song “Latoya Jackson,” which features Quelle, is anchored by an off-kilter production that samples the sound of beatboxing. The track came about after Small Pro and Price discovered a shared love for hip-hop beatbox songs. Nodding to the golden era aura of 86 Witness, DJ Revolution adds sharp scratches to half of the tracks. The DJ recalls discovering Price when he opened for KRS-One at a show in Philadelphia and was struck by the rapper’s “true grit, real grime, [and] hard rhymes.”

The guest MCs on the album embrace the same sort of raucous bravado at which Price excelled. Curly Castro appears on a remix of “John Gotti,” which he began writing before Price passed away and finished afterward. He characterizes Price as “a behemoth of an MC” and recalls telling himself, “Don’t embarrass Mr. Price—bring out the canons.”

This love and appreciation for Price’s talent booms throughout 86 Witness. There’s a familiar warmth to Price’s voice, even when he’s threatening, “I beat your ass for free / Then sip wheatgrass with Talib Kweli” on the sinister “Midnight Rounds.” “Sean tapped into that unspoken familiarity when one New Yorker gives the head nod to another,” says Castro. “That was Sean—even if you didn’t know him, you were infected with his spirit immediately.” Listening to 86 Witness keeps that spirit alive.