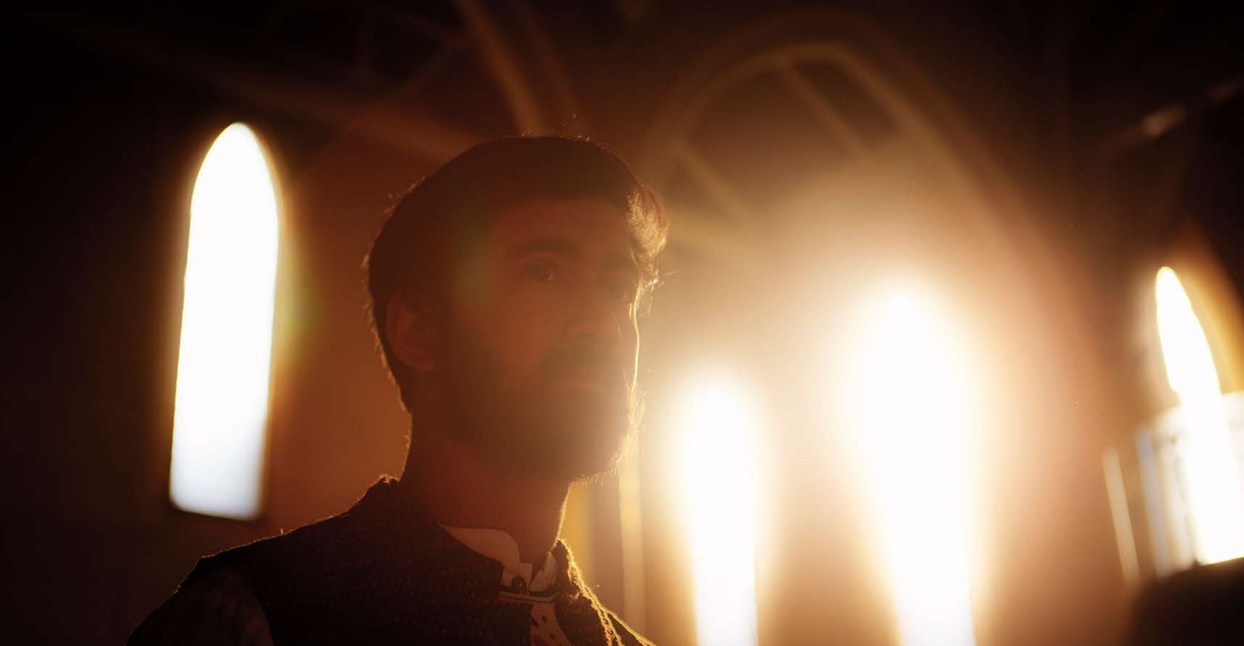 “Being Indian, and having grown up in India and playing Indian classical music, I have a weird relationship with the songs of Alice Coltrane and Pharoah Sanders,” says percussionist and composer Sarathy Korwar. “They’re people who I admire, but at the same time, their work became representative of an entire culture of music. In truth, it was not at all representative of it, but because that was the only access for people in the West, it became the way that Indian music was heard.” It’s a disparity Korwar seeks to correct with his new record, My East Is Your West, which features live covers of songs made popular by Coltrane, Sanders, Joe Henderson, and more.

Though there has been a resurgence of the influence of Indian music on modern jazz, the commingling of those two sounds is hardly new. Indian music, or at least the idea of it, began emerging during the ‘60s and ‘70s. The birth of spiritual jazz resulted in musicians experimenting with the folk music of different lands. Jazz legends such as Alice Coltrane, Don Cherry, John McLaughlin, John Coltrane, and Pharoah Sanders embraced Indian music, producing some of that era’s classic albums.

“For long periods of time, a lot of Western musicians considered the East to be this repository of knowledge, where you can dip into it and kind of learn a couple scales or an exotic instrument, and then take it back and get on with life,” says Korwar. “But these traditions have been around for centuries, and people have spent their lives learning about them. That was one of the reasons I wanted to do this album. The idea [for this record] was to work on tunes that I loved. I wanted to call out the problems I have with the music and equally not sound too bitter about it. [laughs] I do love these tunes, it’s just a complicated relationship I have with them.”

The members of Sorwar’s UPAJ Collective, who back him on the record, distributes evenly between East and West. The ensemble is comprised of Aravindhan Baheerathan on bansuri, Jasdeep Singh Degun on sitar, Aditya Prakash with vocals, B C Manjunath on percussion, and John Ball on santoor and tabla, alongside U.K. musicians saxophonist Tamar Osborn, pianist Alastair MacSween, saxophonist Jesse Bannister, guitarist Giuliano Modarelli, and bassist Domenico Angarano.

“I wanted to mix it up a bit and rebalance the scales, with five Indian musicians and five jazz musicians coming together to flesh these tunes out and create space for both of these musics to exist in the same sonic space, in an egalitarian way.”

The goal of equality extends to the choice of composers. “I picked a combination of Western musicians… but I also wanted to feature a couple of Indian musicians who have made cross-cultural collaborations, people like Ravi Shankar and Amancio D’Silva who are, in their own right, great jazz musicians.”

The renditions on My East Is Your West are not massive upheavals of the original compositions nor are they deconstructed down to their bare essence. Instead, Korwar simply changes the focus, channeling the music in a way that puts the Indian music on equal footing with the jazz.

“I wanted to feature the instruments that were being hinted at [on the originals], but give them a larger space to be featured.”

On a rendition of Joe Henderson’s “Earth,” the tabla is given new melody lines and a richer dialog with the other instruments. Changes were also made to the vocal section. “Having an Indian classical musician made sense to me,” Korwar says. “The vocals on that track have some chanting and spoken word, and I thought it’d be interesting to have a classical vocalist sing over it instead.”

Some of the changes were more subtle. Korwar retains the signature drone of Alice Coltrane’s “Journey to Satchidananda,” but lets an extended sitar solo sink into its comforting embrace. Other reinventions were trickier; the melody of Abdullah Ibrahim’s “Hajj” had a gravitational pull that proved tough to shake. “That legendary hook, you can’t not play it,” Korwar says, laughing. “That makes the whole tune. You can’t leave that out. So that defies ways to make that interesting, as is the case with any tunes that are that distinctive on their own.”

But even though he freely tweaked the songs’ arrangements, Korwar recognized the shared spirit that united the source material.

“I think they come from a place of wanting to go back to a certain rootedness, a certain idea of community, of communal music making,” he says. “I think that’s central to a lot of the spiritual jazz movement. It was reconnecting with a primal idea of what music is and why people make music. Of going back to older ideas, of what sitting around in a circle and making music might feel like.”

But even though the roots of the music are centuries old, Korwar is aware that the album he has made belongs squarely in the present day.

“This album could not have been made anywhere else but London 2018,” he says. “It’s a very modern album. When we talk about traditions in music, whether it be Indian classical or jazz, the traditions are constantly evolving. Indian classical music sounds very different than what it sounded like 50 years ago. And so does jazz.” And with those changing musical ideas comes a change in the way the cultures that created them are perceived.

“I want people to realize there are ways for cultures to interact with one another that can come from a more respectful place, where two musics can exist side by side,” Korwar says. “It doesn’t have to be tokenistic. It doesn’t have to be one thing or the other. I want these two things I grew up with and love, jazz and classical music, to come together and share a common space, an equal space. I still love [the originals], and I still play them. I’m just more aware of what they might mean in today’s day and age.”