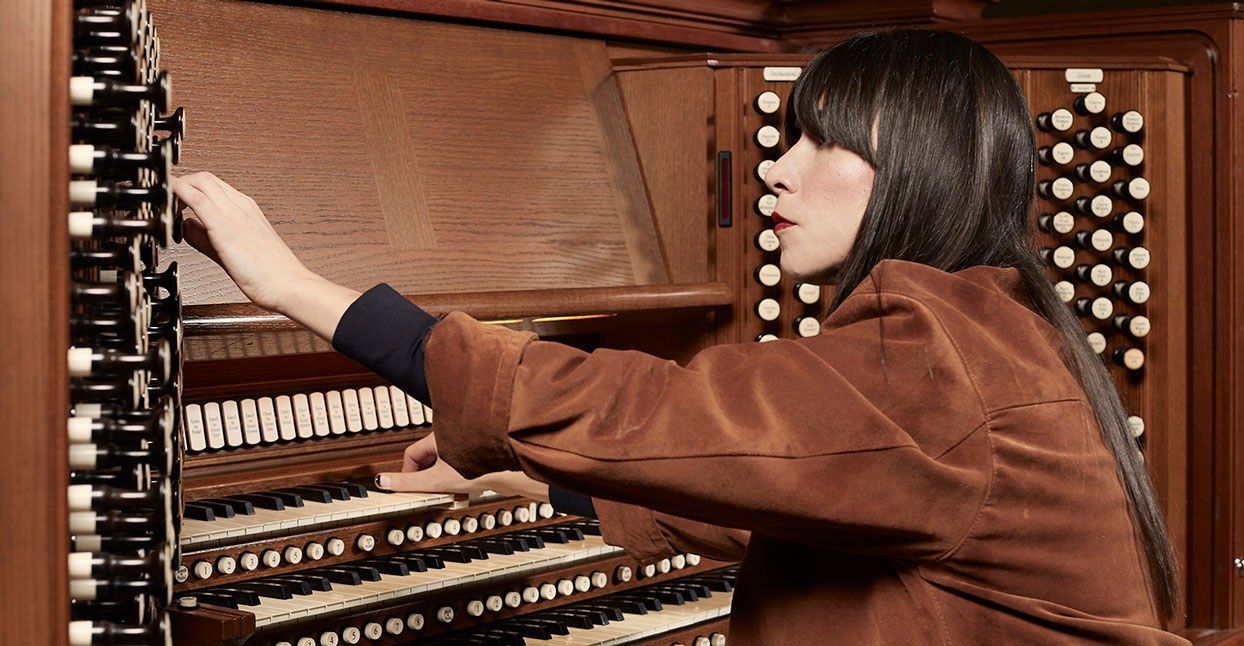 Sarah Mary Chadwick, the New Zealand artist who got her start in the post-grunge band Batrider, describes her work using a single word: “Immediate.” Others might choose a different word: “raw.” Over the course of five LPs, Chadwick has sketched bracing songs using a variety of instruments—keyboard, piano, guitar and, on her latest, a 147-year-old grand organ. But all of them are held together by the candor and almost tangible sense of catharsis in her voice. She brings that same starkness to her visual art, which features darkly comedic renderings of pornographic scenes alongside portraits of Simone de Beauvoir and statues of Anna Nicole Smith.

That rawness—or “immediacy”—is a direct result of Chadwick’s process. She works quickly, before overthinking can dilute the idea. “I don’t fuck around that much,” she says. (As if to prove this point, she mentions that she completed eight paintings the day before the interview.) That tireless work ethic was an asset when she was given three months to create and perform a program on Melbourne Town Hall’s one-and-a-half century old grand organ. The result is The Queen Who Stole the Sky, an album that conveys a sense of visceral closeness between performer and instrument.

Chadwick also uses pornography to work through issues related to her own bisexuality, and for easy access to life drawing models; she doesn’t watch for titillation. (In fact, she often has another show playing in the background.) She rejects the term “erotic” to describe her art in much the same way she rejects the term “raw” to describe her music. “Sometimes I’ve been offended by the description of ‘raw’ or words like that, because there is a lot of craft to what I do,” the musician says. The heavy pathos in her work can sometimes obscure the skilled musicianship she brings to each project. On The Queen Who Stole The Sky, the sheer physicality of the grand organ was daunting, which caused Chadwick to re-evaluate her usual pre-performance routines. “The organ itself has four stacked keyboards, and each keyboard’s got 30 or 40 different stops that you can pull out,” she says. “Underneath it, there were octaves of bass pedals.  I knew that I couldn’t be drunk, which is what I would normally do.”

Perhaps that sobriety forced the musician to confront the sadness that had been hovering over her life. “My father died, and my ex-boyfriend died immediately after,” she says. “The organ album was the last set of songs that were so determinedly about that. After the organ record, I was flummoxed what I’d write about because I didn’t have access to grief for the first time in three years,” she recalls.

The Queen Who Stole the Sky is a heavy record, focusing on mourning and loss. On 2016’s Roses Always Die and last year’s Sugar Still Melts in the Rain, Chadwick’s heavy use of drum machines amplifies the weariness in her lyrics and vocals. With The Queen Who Stole The Sky, Chadwick knew that no other instruments would be available to her; she’d have to learn to maximize the capabilities of the organ while also writing new material. “I wrote 16 songs in two months. I didn’t have the liberty to have any burners,” she says.

The spareness of the organ accompaniment forced her to be more dynamic in her vocals, singing in alternating rasps and warbles. While the sorrow on her previous album often scanned as resigned malaise, The Queen Who Stole the Sky is so full of bloodletting it almost feels voyeuristic. Yet, it’s also oddly hopeful. Chadwick is engaging with her grief rather than distancing herself from it—and that may have helped her get to the other side.