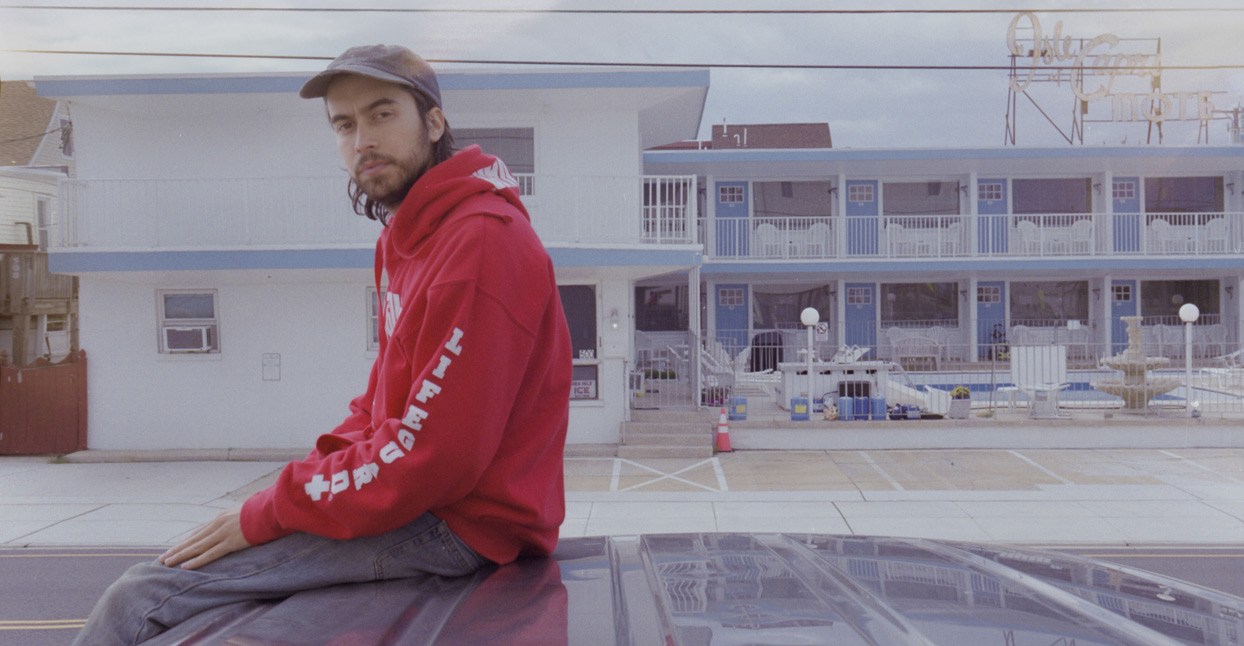 “I’m just trying to not think about anything most of the time,” Alex Giannascoli—better known as (Sandy) Alex G—says over the phone, en route from an early afternoon grocery trip. That’s always my M.O. I think about the stuff I have to do, and then I just don’t think about other stuff.”

The thoughts that the Philadelphia-based artist does allow himself to have appear on his ninth full-length, House of Sugar: a fragmented web of narratives both real and imagined, and the end product of a recent attempt to find personal clarity. Most of the time, the perspectives are so obscured, it’s hard to tell if the words are about Giannascoli himself or the characters he’s invented. There’s the corny country singer who believes himself to be wise, but is really just naive (“Bad Man”); the washed-up gambler, riding the fleeting highs of his vice (“SugarHouse”); the fugitive who lets an innocent take the fall for his crime, so he can carry on with the woman he loves (“Crime”). The album’s universe might seem escapist and scattered, but Giannascoli’s tall tales all point back to his search for self, illuminated by the final words of album closer “SugarHouse (Live)”: “I hope they can put me together again.”

Like most of Alex G’s albums, House of Sugar takes a fluid approach to style and dynamics throughout, careening from disorienting psych arrangements (“Walk Away,” “Taking”), to droning minimalism (“Project 2,” “Sugar”), to sprightly indie rock (“In My Arms,” “Cow,” “SugarHouse”), and back again. “I’m trying to make an immersive thing, and trying to cover as much ground as possible,” he says. “It’s not so much of a conscious effort; I just sort of make the songs as they come to me.” To that end, he adds, “I usually don’t have a specific emotion associated with the music itself. A lot of times, the music doesn’t resonate with me in a specifically sad or happy way. Usually, when I’m writing a song, I’m just sort of sitting there and coming up with shit until it feels really intense, and then I move forward with it.” Hence, the randomness of it.

Even after nine records and hundreds of unreleased originals that devout fans have compiled into spreadsheets and fan compilations, House of Sugar stands as one of Giannascoli’s most sprawling projects. You can feel the instability in every song transition—the lack of an overarching cohesiveness. Even the album’s title has no obvious significance in relation to the songs’ the overall narrative. The inspiration came from a short story whose title Giannascoli simply found interesting, called “House Made of Sugar.” “I just liked the title,” Giannascoli recounts. “It sounds a little bit eerie and also magical.”

And yet, while House of Sugar’s ragtag bunch of songs that don’t necessarily form an underlying statement, on the whole, the album still feels coherent, scanning as a representation of our endlessly shifting attention spans. And as the record swings from one extreme to the next, it creates the kind of elastic friction that (Sandy) Alex G has become a master at. “I don’t wanna go back / Nobody’s gonna push me off track,” Giannascoli confidently shouts on the album’s standout, “Gretel.” But as the track resolves, the vocal is pitched high and starts to sound like someone drowning—fighting to stay above the surface as the waves eventually wash over again. If (Sandy) Alex G knows one thing, it’s that clarity is never long-lasting.