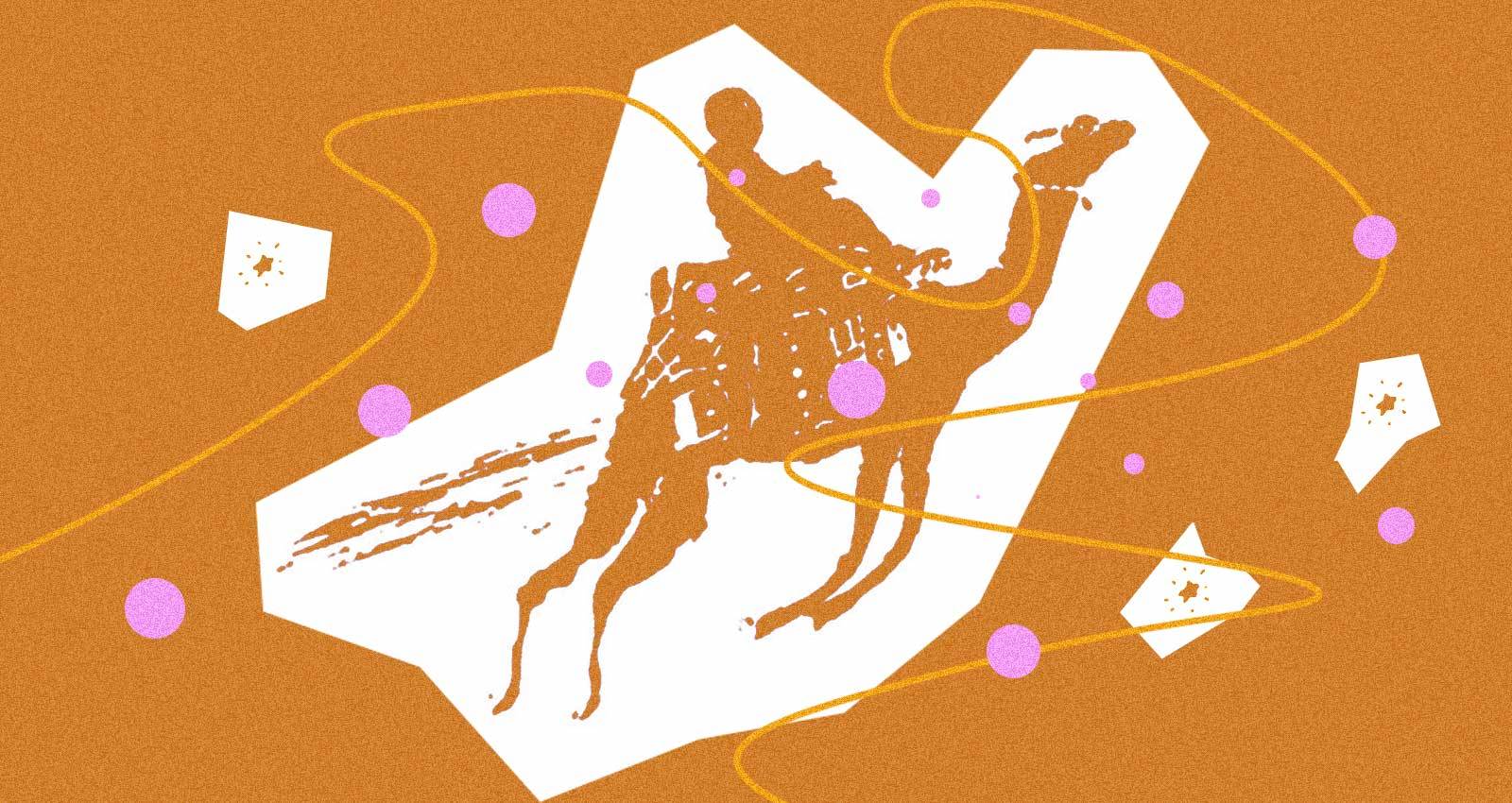 Two weeks ago Chris Kirkley’s label Sahel Sounds, which has been documenting the music of the Southern Sahara Desert for a decade, released its 60th record. But there was one major difference between this record and all of the ones that preceded it: Kirkley hadn’t heard a note of the music before its release. In fact, he wasn’t even sure who would be making it.

“I am at the mercy of the musicians,” Kirkley admits with a soft chuckle from his home in Portland, Oregon. “Nothing is set in stone.”

If Kirkley seems sanguine about those details, it’s because all of that mystery is by design. The album is the second in a yearlong series called Music from Saharan WhatsApp. The three songs on the series’ first installment—full of fluorescent streaks of tangled guitars, loping djembe, and ribboned vocals from the radiant Nigerian wedding band, Etran de L’Aïr—were beamed to Kirkleys WhatsApp account just seven days before Sahel Sounds released them.

In fact, the entire series was born just a few weeks before the first installment, when Kirkley sent a group message to artists in the region. His proposition was sly and subversive: record a short session using a cell phone, dispatch the results through WhatsApp, and let him sell it online on a pay-what-you-will basis for a month before replacing it with the next batch. All profits would be wired directly to the band. “When Chris spoke to me about recording on the cellphone, I said, ‘No problem,’” recalls Etran de L’Aïr guitarist Moussa Ibra over WhatsApp. “I can throw something together.”

Kirkley has a loose running list of possibilities for future installments; whichever one arrives by mid-March will become the third title. In some ways, the music seems secondary to the model—the record label equivalent of a sponsored Snapchat message. It’s an experiment in giving African bands a more direct income stream, and empowering them in the worldwide monetization of their own art.

Sahel Sounds began as a casual way for Kirkley to share music he discovered during a two-year sojourn to the region. He hardly knew any French, a common language in the Sahel, and didn’t understand that people there were already exchanging music through flash drives or SD cards loaded with MP3’s. Gradually, he learned the landscape; he developed a rapport with musicians around the region and, eventually, recorded them. When he hesitantly told some of those artists that another label was interested in paying to release their songs, they jumped at the chance. “Are you crazy? We can get paid for this?,” he remembers them asking.

“We work with some of the most disenfranchised artists, really underground artists from small towns that are not well-connected or major in their countries,” Kirkley says. “You are working across power differentials. I was always uncomfortable with the idea of creating a transactional relationship with those artists, but then I came to understand that it could be beneficial to them.”

In the decade since, Sahel Sounds has grown into one of the most successful new imprints for modern West African music. In 2012, Death Grips sampled an early Sahel Sounds release, a cut from the staggering Music from Saharan Cellphones, on their major-label debut. More recently, Sahel Sounds has helped launch the international careers of guitar hero Mdou Moctar and genre breakers Les Filles de Illighadad. They have become international stars, new cultural emissaries for, as Kirkley puts it, “connecting people from vastly different places.”

Despite the success, it’s understandable that Kirkley was initially hesitant. The business practices of record labels at large—particularly those dealing in global music—have forever raised suspicions: Are artists really getting their share of the sales? And whose interests does a label really serve? For four decades, Folkways documented sounds across the country and around the world, crucial work that chronicled cultural breadth before borders began to disappear. (Folkways recently reissued its own great Tuareg Music of the Southern Sahara, from 1960.) But the reluctance of founder Mo Asch to pay royalties was so legendary it has become a punchline.

And earlier this century, Alan Bishop—the cofounder of Sublime Frequencies, a label that has revealed the musical ecstasies of multiple continents to Western audiences—dismissed the idea of paying everyone with the infamous quip, “When it starts selling like fucking Outkast, I’ll fly to Medan and start handing out Benjamins to anyone who looks like these guys.” There’s a lot to unpack there, from the razor-thin margins of such enterprises to the difficulty of finding material’s source. But the point stands: The work often supersedes the worker’s rights.

Sahel Sounds, though, was conceived in a new era, when a record label owner living in Portland could become Facebook friends and digital pen pals with his artists. To wit, Kirkley talks to some of his artists every day. This is not the record-and-run model of a bygone era—there is a responsibility to an actual relationship, to understanding the needs and cultural context of the people who make the art before blindly dumping it onto a piece of vinyl.

To that end, Kirkley has tried to stay out of his artists’ way, both as a producer and a businessperson. His best recordings often have the raw energy of an archivist’s first takes, of someone showing up to capture a scene as it is, not as he wants it to be. And the label has typically functioned on a traditional 50/50 model, where the band and business divide whatever proceeds remain after the costs of a project have been recouped.

Music from Saharan WhatsApp is the next step in ceding control. Because there are no costs to recoup, there’s more money for the artists—Kirkley has even advanced some of the cash he expects from the series to musicians who have, for example, just had a child or are, in one specific instance, stuck in Gambia. And when Etran de L’Aïr sent Kirkley a trial run of recordings they had cut while playing outside in Agadez, he suggested they find somewhere a bit quieter, since he could mostly hear only people yelling. They went home and gave it another go, with the instruments aimed at Ibra’s Condor Plume phone.

“Even when I was doing field recordings, I was often hanging out and saying, ‘I want to follow you around and record what you play,’ not influencing what they play,” says Kirkley. “This is an extension of that, but working remotely. I say put your cellphone down, in the place of me.”

With this series, Sahel Sounds acts only as an organizational and curatorial gateway, music passing through one side and money heading directly out of the other. This is at least partially due to infrastructural setbacks; because most Saharan artists lack access to PayPal accounts or credit cards, they can’t take advantage of the digital distribution services available to artists elsewhere in the world. (Sahel sends money through Xoom, a Paypal-owned service popular for its internationalism, or Western Union, sometimes even sending along an amplifier or assorted gear with someone headed to Africa.)

In some ways, this is a test run for the future, when Kirkley hypothesizes that truly global commerce will allow these bands to sell their music directly to consumers. Already, he’s scaling back from a full-time label to part-time, shifting into software development. He believes some variation of this idea—all digital, all instantly accessible—is inevitable.

“This is a suggestion of what it could look like for musicians to release their own music without a label,” says Kirkley. “There’s a technological barrier for them to participate in the global economy, based simply on where they live. But if you can record your music on a phone anywhere and upload it, what could happen?”