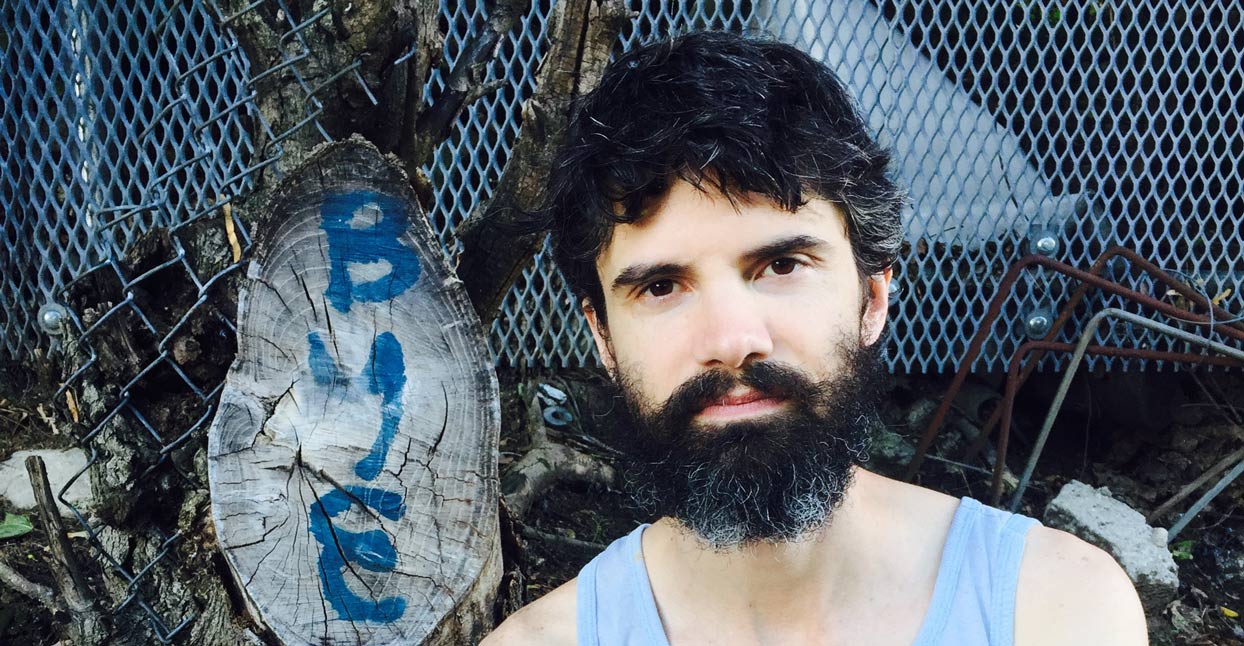 Ryan Power’s career has been one of quiet, constant growth. The musician, who lived in Vermont for 16 years before moving to Brooklyn in 2017, has been releasing music under his own name since 2002, all of it boasting a skewed, delirious take on pop music. After self-releasing his first four albums, he signed to the experimental label NNA Tapes in 2012 for I Don’t Want To Die, which earned acclaim from niche-covering sites like Tiny Mix Tapes and Dusted. That album introduced Power’s cockeyed musical aesthetic.

On its title track, a bizarre, scale-ascending lament on death that sounds like Justin Timberlake on three tabs of acid, and without a media coach, Power asks, “Can you tell my why I feel lousy?” practically giggling through his anxiety. It’s a marriage of parts that shouldn’t fit, ideas that shouldn’t coalesce, but that somehow grow stronger because of this dissonance. It’s a blend of soft rock, country, R&B, and synth pop, all of it eerily gentle, with arrangements skewed and refracted as a smashed mirror. Trying to understand it in full is a fool’s errand. It’s easy to over-intellectualize—it’s postmodernism pop, it’s a deconstruction of pop—but doing so would distract from how wonderfully obtuse Ryan Power’s vision truly is. The only real way to experience Power’s music is to simply let it hit you.

It helps that he’s a production wizard—each album is meticulously crafted, every detail scrutinized—which is part of the reason why his latest album, They Sell Doomsday, arrives four years after its predecessor. “Part of what makes my music the way it is comes from how much time I spend on it,” he says. “I’m picky.” While They Sell Doomsday emphasizes that pickiness by fiddling with pop structures to an intense, almost maniacal degree, Power always instills his avant-experiments with pathos—mostly through his lyrics, which veer from straightforward confessions to abstract poetry.

“The critic is always very active in my brain,” Power says. “The trick is to get as much out while the critic is sleeping. Or just reaching some sort of equilibrium where you’re not buying into it so much and you don’t think you’re a total piece of shit, to the point that you can’t do anything. I try to write from a place of feeling more than thinking.”

That sense-feeling comes through on “In A Tizzy,” which features Thundercat-style bass and the sort of octave-jumping vocal delivery most singers need autotune to achieve. “In A Tizzy,” like the majority of They Sell Doomsday, blends silliness and seriousness in a profound way. “The seltzer’s no longer fizzy / What the fuck happened?” Power asks, but the yearning in his voice makes it sound like he’s poring over a failed relationship.

Throughout the album, Power examines the mundane and the extraordinary with equal deference. It’s comedy for people too scared to laugh, drama for those unable to cry. It shifts from funny to heartbreaking at a moment’s notice, a reflection of Power’s own internal struggles and joys. “It’s such a long album, written over a long period of time, that it became a snapshot of my life in the past three or four years,” he says. “I struggle with depression from time to time, so I sometimes use music as a way to soothe or comfort myself. I also use it as a way to express my dark side, or use it as an expression of the darkness in the world, as a way to make sense of things.”

No track illustrates that dichotomy between dark and light better than “Yer Not Doin’ What You Should,” which, with its plinking synths, swinging vocals, and gently-galloping rhythm, sounds like it could be the doo-wop soundtrack to some cowboy game show. Over this deliriously playful instrumentation, Power sings, “I give my heart, now I want it back / I am the bluest boy, the saddest of the sacks.” It’d be heartbreaking if the oddball music didn’t provide so many reasons to laugh. There are squeaks, blips, and bloops, an exaggerated vocal delivery from Power, and the occasional ad-libbed lounge singer “Yeah!” It’s the purest distillation of Power’s vision: namely, that life is both scary and hysterical, and the only choice is to smile through your tears.

“It’s heartfelt, but it’s supposed to be funny, too,” Power says of the song. “That can be a powerful combination.” He pauses, takes a deep breath, and concludes: “Sometimes a comedy isn’t very funny, but comedy within a drama is very funny.” With They Sell Doomsday, Ryan Power has the last laugh. And the last cry, too.