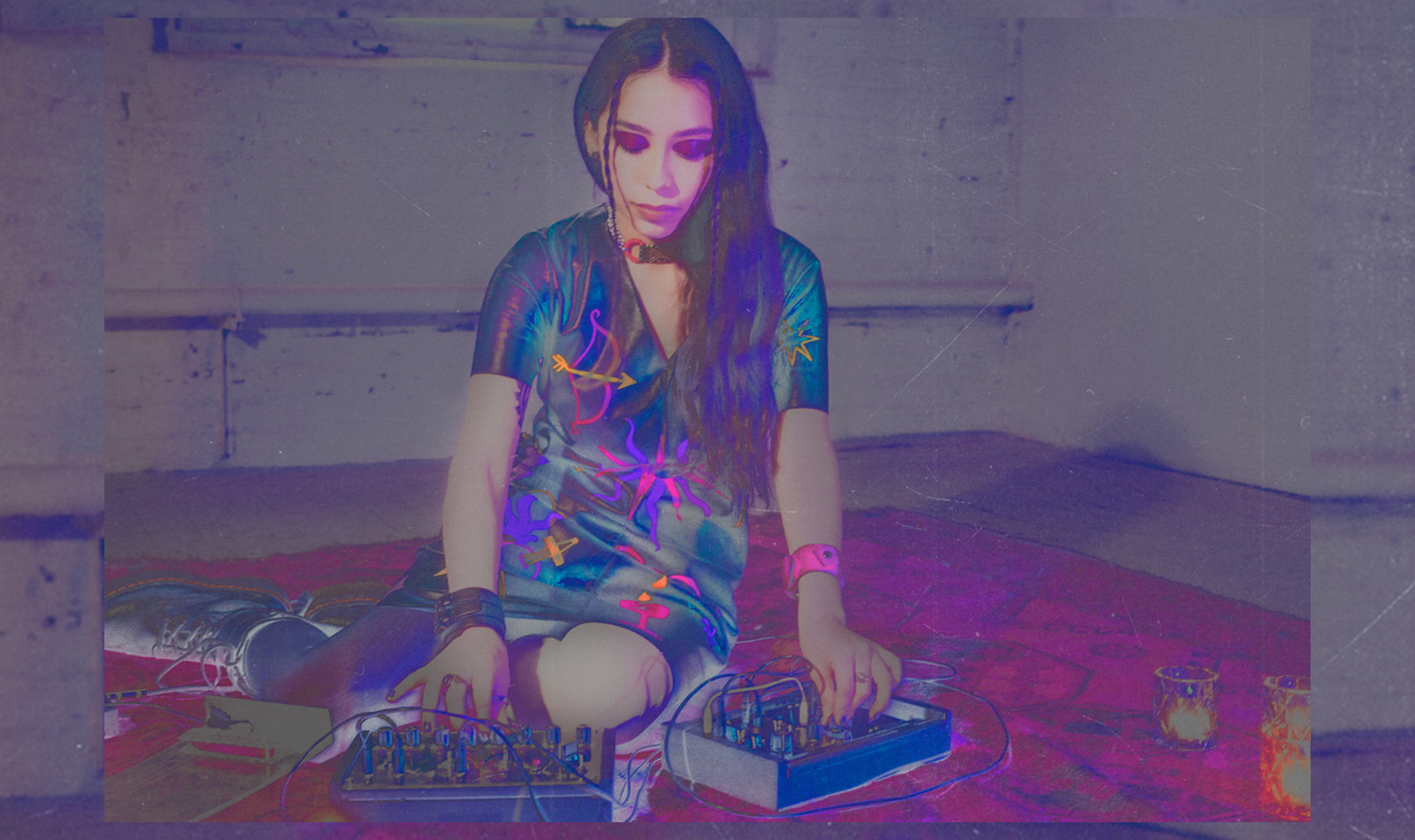 Experimental musician Rocio Zavala has been composing and recording music since she was nine, but she only recently released her debut album, Invisible Miracles, on Chicago’s budding Monastral imprint. While she learned guitar and was working in Ableton, her interest was deeper. She wasn’t entirely satisfied with pre-set synths and sounds; she desired to get closer to sound, to understand how sound is created. This all became possible while she was studying at the School of the Art Institute of Chicago, where she strayed from the photography department and eventually found a perfect interdisciplinary niche between the sound and art and technology departments. The entry point was a class taught by Joseph Kramer (Coppice) called “Hacking the Object.”

“When I found his class, I was like ‘Oh, I can do this, I’m so interested in this,’ and he kind of opened the doors to this whole other world within that small world. It was a little rabbit hole that I followed and that I am really grateful I found because I had no clue it existed,” Zavala explains. “When I started making instruments, I built some oscillators—just like really simple synthesizers controlled by light—so that kind of opened the door to thinking more philosophically about sound and what controls the sound.”

In these classes, she learned soldering, how to read circuitry, and how to utilize DIY circuitry websites. “Once you know what each component is, you can put them together in so many different combinations—it’s like learning the alphabet,” Zavala says. Interested in how far she could go with this really fundamental thing, she built her first two instruments out of recycled cigar boxes. Zavala tries to build things with found and recycled materials, as the expense of synthesizers is often prohibitive.

The Darkpulse Lightwave synthesizer features a photo-resistor component that picks up light and controls the frequencies and voltage-controlled oscillators that talk to one another via a filter that cuts high and low-end frequencies, plus a light-controlled tremolo. Its name derives from the fact that it produces heavy and low frequencies and pulses and operates around light sensitivity. She followed it up with an eight-step sequencer, the Eternal 8 (or E-8), so-called because it has eight possible steps and loops forever. It has controls for speed and how many steps are running and it can be used as a melodic tool to get more variation and layers. Whereas most manufactured instruments obscure their inner machinery for practical and aesthetic reasons, Zavala’s creations revel in the visibility, colors, wires, and knobs all laid bare for inspection.

In a later class on instrument construction taught by Eric Leonardson, Zavala built an electronic zither. She made a pick-up by hand and estimates that she wound the material “about 8,000 times,” building the rest with metal rods, magnets, spare guitar strings, and zither pins. Creating this instrument was a process of learning what amplified sound is—magnetism and electricity. “It’s magic to me,” Zavala says. “It was really fun building this because you take these really simple materials, put them together, and create amplification.” A large part of her constructing this instrument was learning how to use tools and how things fit together.

Getting into the world of DIY instrument craft opened the field of Zavala’s sonic exploration to more experimental practices. For example, she always leaves room to improvise within composed pieces in a live context. Invisible Miracles is the first music she’s put out since she finished school. The album includes pieced-together recordings from shows where each show was a new composition. Working throughout the COVID-19 pandemic, Zavala struggled to finish the album until she decided to stay with her family in Mexico for as long as it took to complete.

You can hear the influence of that environment in the second half of the album. “Looming Over Azra” utilizes the layered effect of a vocal looping drone to create a choir of doom reminiscent of a funeral procession Zavala witnessed there. Here she attempts to create calm in darkness through spiritual communion with death. For “How Much Matter,” Zavala modeled the reverb on her acoustic guitar after the stark topography of the Hidalgo mountains—”so tall, enveloping,” Zavala recalls.

Zavala put her instrument-building activities on hold recently to move to Los Angeles; once she settles into her new environs, she’ll be back in the workshop. Her next idea is inspired by a project she already did with a radio, in which a synthesizer has touch points within the circuitry; the points connect as if your fingers are a wire between them. As much as she appreciates drone music’s latent lack of inertia, she’s looking to take a more gestural approach moving forward, integrating physicality into her process to create more space for new sounds and songs. The instruments themselves are what inspire new sounds and directions; Zavala simply allows them to reveal her future.